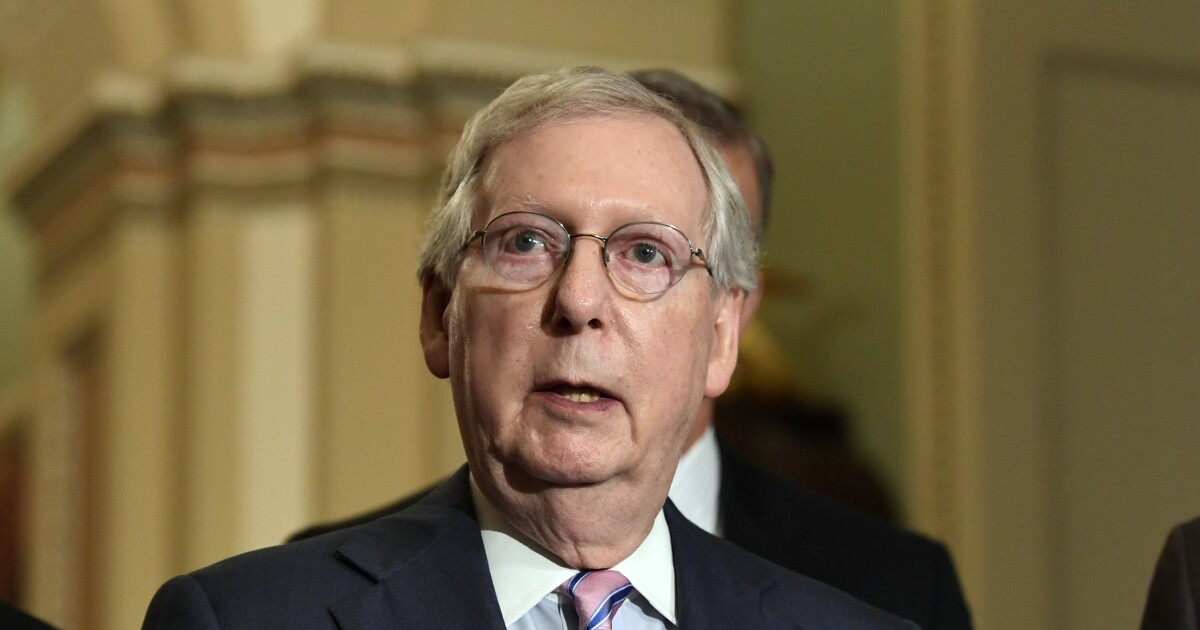 The Senate minority leader said that while he supports revamping infrastructure in the United States, Biden’s push to increase the corporate tax rate by 7 percentage points is a no-go for his party, which just years earlier lowered that rate by 14 percentage points, the first such change since President Bill Clinton’s 1993 overhaul of the tax code.

“That package that they’re putting together now, as much as we would like to address infrastructure, is not going to get support from our side. Because I think the last thing the economy needs right now is a big, whopping tax increase,” the Kentucky senator said on Thursday, according to Politico.

The American Jobs Plan would hike the corporate tax rate from 21% to 28% and raise the global minimum tax applied to U.S. corporations by increasing it from 13% to 21%. It also aims to generate more revenue by cracking down on tax avoidance by companies with foreign investments. The administration said it would add about 0.5% of GDP per year in corporate revenue, enough to offset the eight-year spending package in 15 years.

Businesses and GOP lawmakers began sounding the alarm about the tax portion of the plan soon after its details began to emerge. The largest business organization in the world, the U.S. Chamber of Commerce, called the plan “dangerously misguided” and warned that it would slow the country’s recovery from the COVID-19 pandemic.

Despite the desire to spend on infrastructure within the country’s means, McConnell stressed Thursday that he and his fellow Republicans are not interested in either increasing the national debt or making dramatic changes to the U.S. tax code.

“You're either alarmed about the level of national debt and the future impact of that on our children and our grandchildren, or you aren't,” he said. “My view of infrastructure is we ought to build that which we can afford and not either whack the economy with major tax increases or run up the national debt even more.”

The lack of GOP support makes it more likely that Democrats will try to push the infrastructure package in the Senate through reconciliation, a controversial strategy that bypasses the 60-vote threshold required to avoid a filibuster.

Masks off, Poles cheer reopening of bars and restaurants