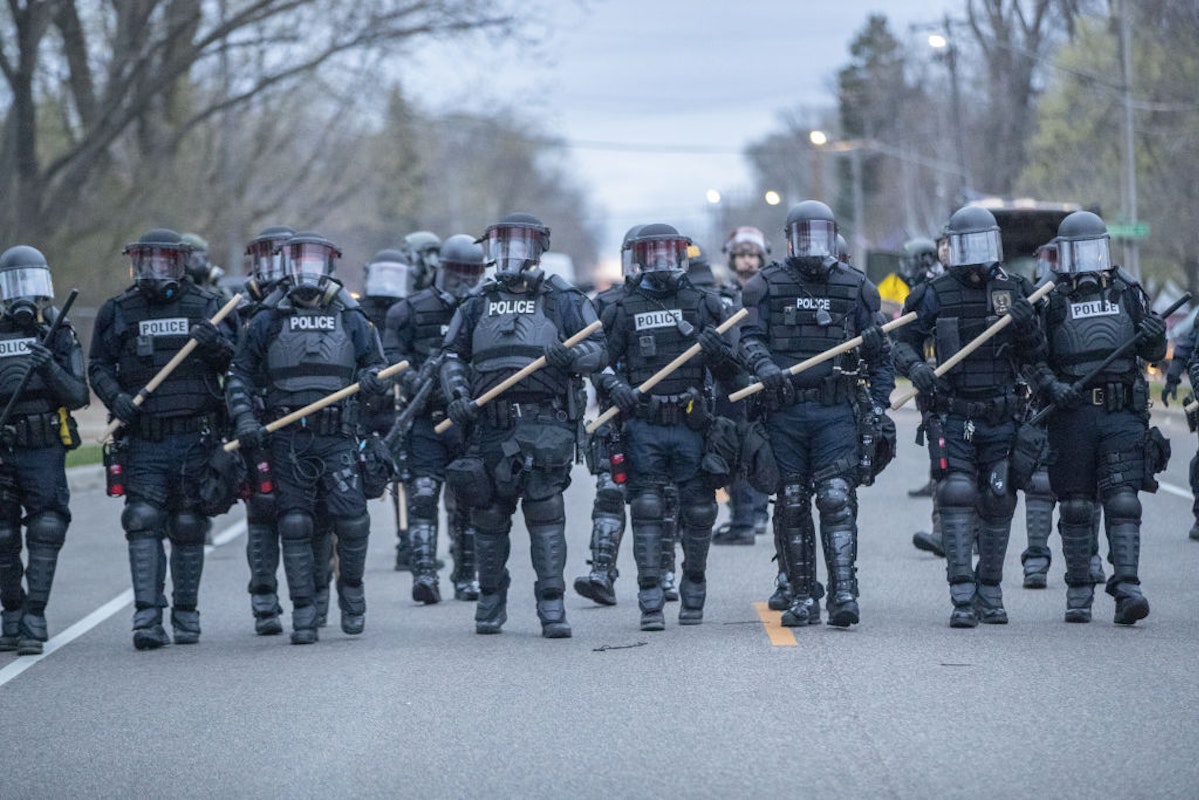 By now, most Americans have seen the graphic video of the tragic police shooting in Minneapolis that left 20-year-old Daunte Wright dead. It was evident from the video that officer Kim Potter meant to fire her taser but instead reached for her firearm, Brooklyn Center Police Chief Tim Gannon said at a news conference. Potter fired one round from her service pistol, which struck Wright, and later resulted in his death.

This brings about the question: what could have prevented this tragedy from taking place?

If you are pulled over and have an interaction with a police officer, be polite. Listen to their instructions. Keep your hands on the wheel until you’re instructed to hand over a driver’s license and proof of registration. This lets them know that you aren’t reaching for a weapon, like a gun or a knife. It’s just as much for your safety as it is theirs. Remaining still brings down their adrenaline and yours, meaning it’s a safer situation all around. When the officers feel confident that you aren’t going to harm them or an innocent bystander, the intensity of the interaction decreases.

If the officer decides you need to be removed from the car, detained, and searched, hold still. Don’t resist. Allow them to conduct their pat down and to place you in handcuffs. Again, this is for everyone’s safety. When a suspect starts wiggling and attempting to get out of the handcuffs, the officer has no idea what the person’s intentions are.

Is this person going to reach for a weapon to shoot at me? Is there a hidden knife or shank somewhere in the car? Are they going to hop back into their car and speed off? Will they run into oncoming traffic or a nearby wooded area? What’s the real reason this person is wanting to flee? Is there something we don’t know about?

Those are the kind of questions that run through officers’ minds when they have to make split second life and death decisions. Those are the concerns they have every single time they pull a person over. They never know what they’re going to encounter.

The likelihood of a tragic event taking place during any interaction with police is decreased greatly when individuals being detained comply with police and act in a respectful manner.

2) Stop trying to defund the police

Ever since the death of George Floyd last summer, there have been repeated calls to defund the police. Not surprisingly, Democrats led that charge. “Squad” members, like Reps. Ilhan Omar (D-MN) and Rashida Tlaib (D-MI), have been outspoken proponents of abolishing law enforcement as a whole. They even went so far as to call “defunding the police” a policy demand.

We lose people in the hands of police. It’s not a slogan but a policy demand. And centering the demand for equitable investments and budgets for communities across the country gets us progress and safety. https://t.co/Vu6inw4ms7

As The Daily Wire reported last year, Rep. Omar argued that the Minneapolis Police Department is a “cancer” that needed to be dismantled.

“I will never cosign on funding a police department that continues to brutalize us, and I will never stop saying not only do we need to disinvest [inaudible] police but we need to completely dismantle the Minneapolis Police Department because here’s the thing, there’s a cancer. Everybody knows what cancer is? So, when somebody gets a cancer and that cancer starts to spread throughout their body and you know the root of that cancer is the leg, people say to the family of that person, ‘We have to amputate this leg in order for that cancer not to spread and kill that person.’”

“They don’t say, ‘We’re going to continue to give medication and we’re gonna continue to try different things and we’re gonna continue to slowly die,’” Omar continued. “We’re going to do everything that we can to cut the source of that cancer so that you can have the ability to live. So today we are saying we don’t want your damn reforms, we don’t want the slow dying of our communities to continue. What we want you to do is to cut the cancer so that it does not continue to spread throughout our bodies. The Minneapolis Police Department is rotten to the root, and so when we dismantle it, we get rid of that cancer, and we allow for something beautiful to rise, and that reimagining allows us to figure out what public safety looks like for us.”

Rep. Tlaib reiterated that very feeling on Monday when she called for an end to policing as a whole.

It wasn't an accident. Policing in our country is inherently & intentionally racist.

Daunte Wright was met with aggression & violence. I am done with those who condone government funded murder.

No more policing, incarceration, and militarization. It can't be reformed.

“Defunding the police”  — which Democrats like Omar have said is about “reimagining” policing — means taking resources away from the men and women that are supposed to serve and protect. Pulling funding from them means they’re forced to deal with aging equipment and cars. It means there aren’t as many officers on the street. But it also means there are fewer officers to respond to calls, especially volatile ones, like domestic violence and active shooter incidents.

But the biggest reason the “defund the police” movement needs to hit pause is that when police departments cut funds, one of the first things to go is training.

Which leads to point three.

Law enforcement officers need to continually train to make sure they know how to respond to a variety of situations. Chief Cannon said his officers train so that their firearm is on their dominant side and their taser is on their non-dominant side. Those motions have to be repeatedly reinforced. When fight or flight kicks in, we rely on fine motor skills. If those motions aren’t constantly repeated and practiced, then those skills are lost.

When funding for law enforcement agencies is cut, training is usually scaled back. It’s not a physical item that is seen everyday, like a firearm or a cruiser, but it is, arguably, one of the most important — if not the single most important — thing that an officer has in their arsenal of weapons.

The issue of policing isn’t all or nothing. You can support law enforcement officers in the difficult job they do, and still criticize actions they take. You can want to see them undergo constant training and having the latest equipment. That doesn’t mean you support them any less. If anything, it means you care about the safety and well-being of every officer and every person they are likely to come into contact with.