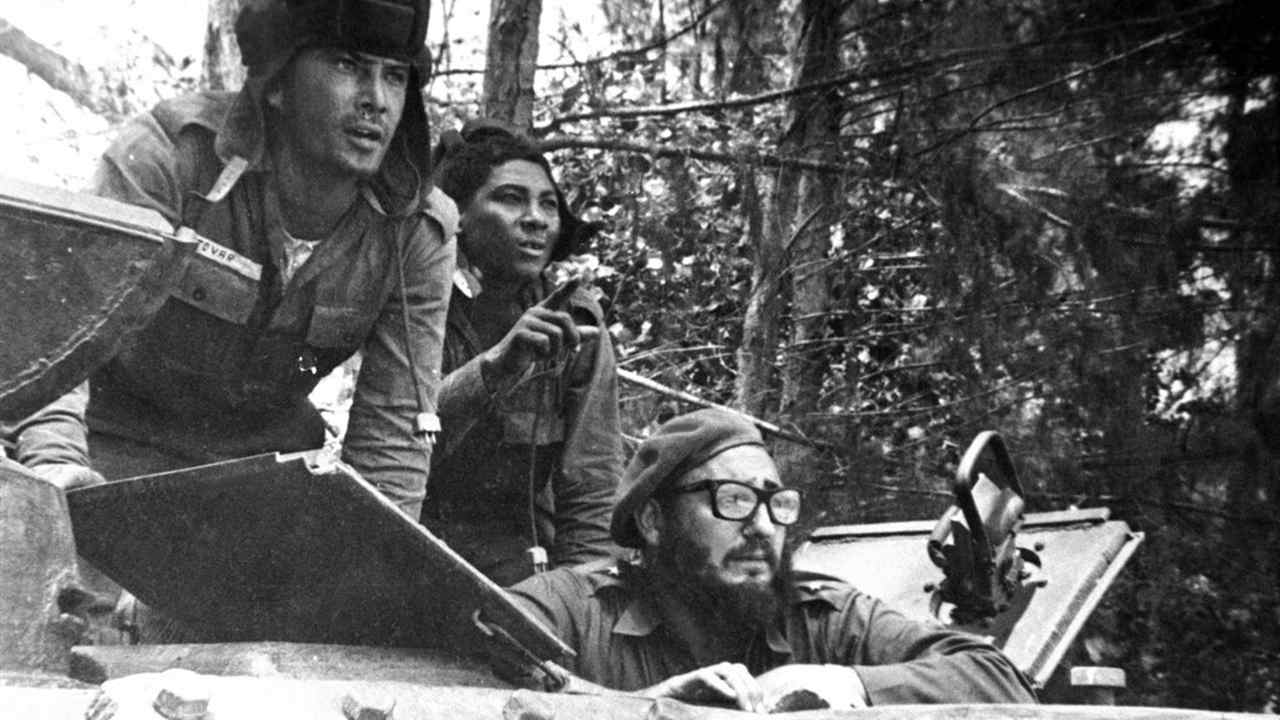 There is a small number of brave warriors who fought for the United States, and their Cuban homeland, that have been relegated to the sidelines and not given the recognition they deserve as official U.S. Veterans.

Sixty years ago this week, Cuban exiles trained and supplied by the United States landed at the Bay of Pigs in Cuba in an unsuccessful attempt to overthrow the Communist dictatorship of Fidel Castro.

The exiles that formed Brigade 2506 were driven from Cuba after Castro came to power in early 1959. The exiles hoped to liberate their homeland and, with President Eisenhower’s approval, were trained in Guatemala and in the United States by the CIA and the American military. Plans were presented to land the exiles, from staging areas in Guatemala and Nicaragua, in Cuba to start a counterrevolution against the Communist regime. After the inauguration of John F. Kennedy in January 1961 the new President approved the landing action. Legendary CIA personnel such as David Atlee Phillips were involved in the operation as were some American Service Members.

While the plan formulated under President Eisenhower called for air support for the landing, JFK refused to provide air cover for the exiled Brigade. Kennedy believed that the U.S. providing air cover would expose U.S. involvement and direction of the operation despite rumors of the upcoming invasion being broadcast on Radio Moscow and a preliminary air strike being launched two days before the invasion by American planes that had been painted over.

With the cover of Brigade 2506 essentially blown, the invasion nevertheless went ahead at U.S. behest on April 17, 1961. And despite the fact that the Brigade needed help in order to survive, let alone have a successful operation, once upon shore their requests for repeated help were almost completely denied. After three days the Brigade surrendered to Castro’s forces and the Bay of Pigs Invasion became a classic example of how not to perform an operation unless seeking opinions of those on both sides of a policy question and, once committed to a course of action, being willing to give it all available resources in order to secure victory.

The surviving members of Brigade 2506 languished as Castro’s prisoners until they were freed in exchange for $53,000,000 of food and medicine.  On Christmas Eve 1962, the captured exiles returned to the United States where they were soon welcomed with a ceremony at the Rose Bowl in Miami by President and Jacqueline Kennedy.  JFK told the Brigade, upon being presented with their flag, “I can assure you that this flag will be returned to this brigade in a free Havana.”

The failure of the Bay of Pigs operation was not due to the members of Brigade 2506 but rather those who put them into a situation to be a spear of U.S. foreign policy while being denied the full resources they needed to win (a situation that would came up later in the 1960’s in a place called Viet Nam).

While Eisenhower and Kennedy have been honored post Presidency with memorials and other praises, no official honor has been granted the members of Brigade 2506 who trained, served, and fought during their administrations and, in many respects, were left to die on the beaches of Cuba.

For the surviving members of Brigade 2506, their numbers are few. They are almost gone. But it is not too late to right this wrong. Their cause was right. Their bravery was unquestionable. While their flag has yet to be returned to Havana in accordance with President Kennedy’s promise, they can be given a symbolic and practical gesture of gratitude by awarding them official U.S. Veteran status.

There is precedent of peoples of other nations, including the Philippines and Laos, given special status equating or nearly equating them to U.S. Veterans.  The brave Soldiers of Brigade 2506 deserve nothing less for their sacrifice on behalf of this nation and a government that failed them.