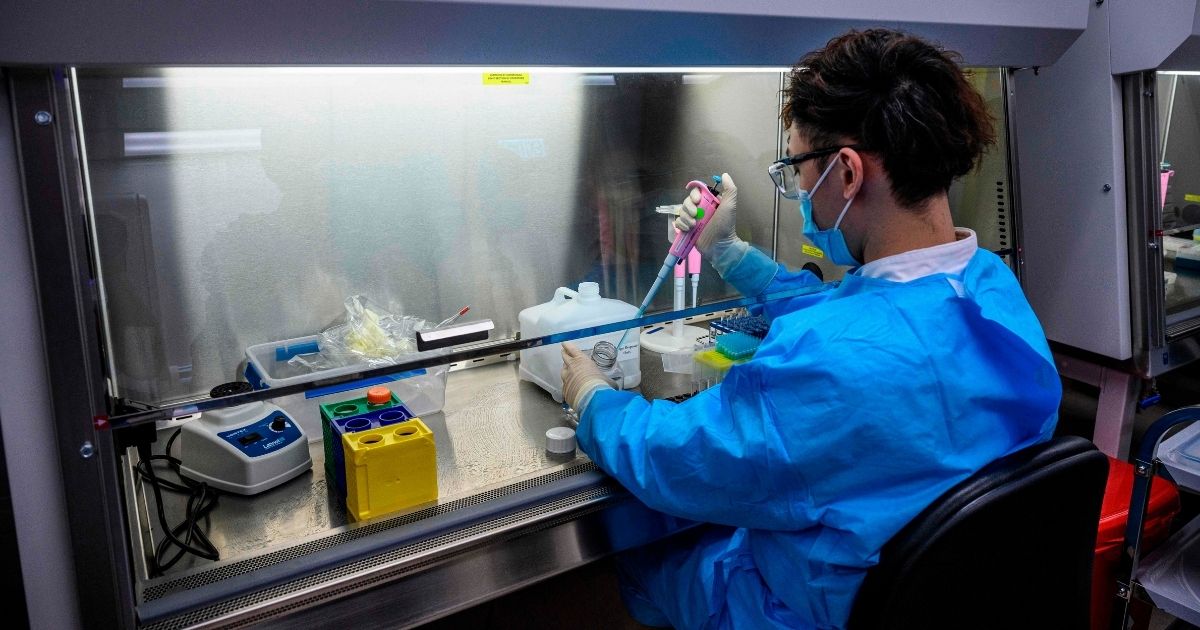 Even as President Joe Biden’s administration says it wants China to be more transparent about the origins of the coronavirus, it has shut down an investigation that began during the Trump administration to determine if the virus leaked from the Wuhan Institute of Virology.

The source of the virus remains debated. During the Trump administration, former Secretary of State Mike Pompeo was a leading proponent of the theory that the virus could have leaked from the lab, despite China brushing aside that notion and propping up the theory that COVID-19 originated in bats.

Although the lab leak theory was downplayed by experts when former President Donald Trump was in office, it has since been reconsidered as a possibility to the point where former lab leak theory critic Dr. Anthony Fauci has said further investigation into the possibility is necessary.

But that investigation will not be built on work done in the Trump administration’s State Department because Team Biden has pulled the plug, according to Fox News.

President Biden sides with China, WHO and the liberal media on Wuhan virus—joining the “nothing to see here crowd” by shutting down State Dept. pandemic origin investigation I commenced.

This isn’t political. America must lead on this.https://t.co/9cjyeDmpj9

An official in the State Department told Fox News that the investigation ended because the single contractor working on the project left the department. The official added that the Biden administration was fretting about the methodology of what was done while Trump was in office. It now has its own probe operating through the National Security Council.

David Asher, the contractor who was heading up the Trump-era probe, said his work was done at a time when the lab leak theory was being marginalized because it contradicted conventional wisdom.

Will Joe Biden help China cover up the truth?

“It is U.S. law to engage in effective arms control and nonproliferation, not facilitate it via ‘scientific cooperation’ in the name of threat reduction or refusal to engage in effective compliance with Communist countries that openly aim to incorporate synthetic biology into the future of warfare (apparently with our naive material and scientific assistance),” Asher said.

“We don’t know for certain what happened in Wuhan but we had every reason to investigate and ask questions,” Asher said. “As the State Department’s Jan. 15 statement said — and as additional disclosures and expert analyses of the last few months have underscored — there is probable cause for deep suspicion.”

Asher was referring to a State Department fact sheet issued in the final days of the Trump administration that called for investigating illnesses that took place in November 2019 within the lab.

“The U.S. government has reason to believe that several researchers inside the WIV became sick in autumn 2019, before the first identified case of the outbreak, with symptoms consistent with both COVID-19 and common seasonal illnesses,” the fact sheet said.

“This raises questions about the credibility of WIV senior researcher Shi Zhengli’s public claim that there was ‘zero infection’ among the WIV’s staff and students of SARS-CoV-2 or SARS-related viruses.”

“The CCP has prevented independent journalists, investigators, and global health authorities from interviewing researchers at the WIV, including those who were ill in the fall of 2019. Any credible inquiry into the origin of the virus must include interviews with these researchers and a full accounting of their previously unreported illness,” the sheet noted.

Asher told Fox News that “certainly the Chinese Communist Party engaged in a huge coverup over the stealth ability of COVID to transmit human-to-human.”

“The coverup continues via refusal to allow WHO access, accept CDC offers to assist, and simply tell the truth of this pandemic’s endemic dangerous, incessant and pernicious injurious traits, which has caused huge injury to the American people and citizens of the world, Chinese citizens included,” he said. “Does anyone sane doubt that?”

Asher said he did not “know why the Biden team would doubt an effort to carry out a fair and accurate investigation into a subject that increasing numbers of leading scientists are now also calling to study.”

“At the State Department in the last months of the last administration we didn’t draw or assert any conclusions, but we worked successfully to reveal certain facts and raise significant questions about the clear plausibility of a lab leak origin,” Asher said. “This was a global public service, and it is good that experts and journalists are increasingly turning their own attention to the issue, albeit belatedly.”

David Feith, a Trump-era State Department official who worked with Asher, noted in a “Fox News at Night” interview Monday that the truth needs to come out.

“Getting further information about this, getting it from honest researchers, honest investigators and press inquiries and getting it from the U.S. government is absolutely essential to finding out what happened in the origin of COVID, which is not only important for understanding what we’re still living through and for basic questions of responsibility, but most importantly, it’s absolutely essential to the future,” Feith said.

“Elevating this now as a political matter, as a diplomatic matter, is overdue but essential.”

NSA Reveals in FOIA Response that the FBI Involved in “Improper Surveillance” of 16,000 Americans