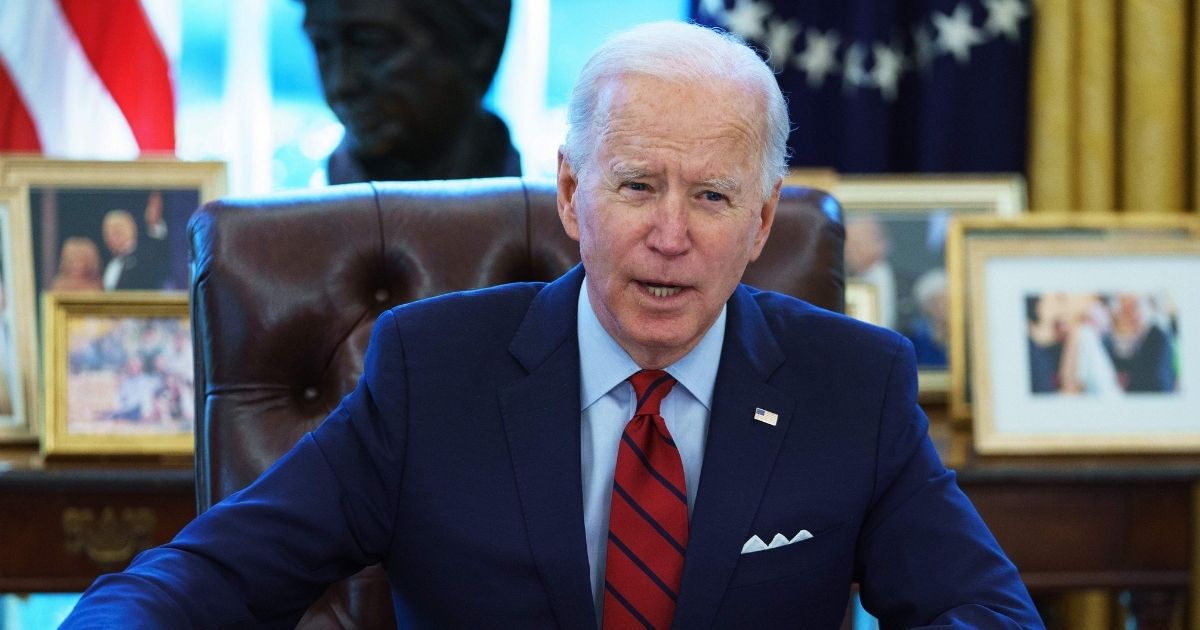 President Joe Biden plans to unveil a $6 trillion budget on Friday, adding an additional $1.3 trillion over the next decade.

According to documents obtained by The New York Times, Biden’s 2022 fiscal budget “calls for the federal government to spend $6 trillion in the 2022 fiscal year, and for total spending to rise to $8.2 trillion by 2031.”

The $6 trillion proposal is in addition to the president’s spending spree started in March with the American Rescue Plan, which totaled $1.9 trillion.

“The president’s plans to invest in infrastructure, education, health care and more would push federal spending to its highest sustained levels since World War II.”

The American Rescue Plan was packaged as an additional coronavirus relief bill following the $2.2 trillion CARES Act, which passed less than a year prior.

Biden has also previously announced his $2.3 trillion American Jobs Plan, which dedicated $50 billion to the Democratic environmental agenda to “address the climate crisis.”

Developed as an infrastructure bill, the American Jobs Plan includes spending an additional $174 billion to compete in the electric vehicles market.

“Total debt held by the public would more than exceed the annual value of economic output, rising to 117 percent of the size of the economy in 2031,” The Times noted of Biden’s latest budget plan.

It added, “By 2024, debt as a share of the economy would rise to its highest level in American history, eclipsing its World War II-era record.”

The new $6 trillion proposal might not make much progress. Senate Minority Leader Mitch McConnell said on Monday that not one Senate Republican will support the more than $4 trillion in spending recently unveiled by Biden.

During an appearance at the University of Louisville, McConnell said the infrastructure bill includes significant spending beyond infrastructure.

‘You Can't Even Fire Them Unless They Murder 3 People': Marco Rubio Blasts Leftist Professors

“There’s more money in there for electric cars than there are for roads, and bridges, and ports, and water lines … broadband, which we would all concede is infrastructure,” the Kentucky Republican said.

“So I think I can pretty safely say, none of my Republican colleagues are going to support a $4.1 trillion infrastructure package, only part of which is for infrastructure,” he said.

“So what we have offered is to support a more narrow proposal,” McConnell said, referencing a plan from Republican Sen. Shelley Moore Capito of West Virginia that would spend $568 billion on infrastructure, according to Fox News.