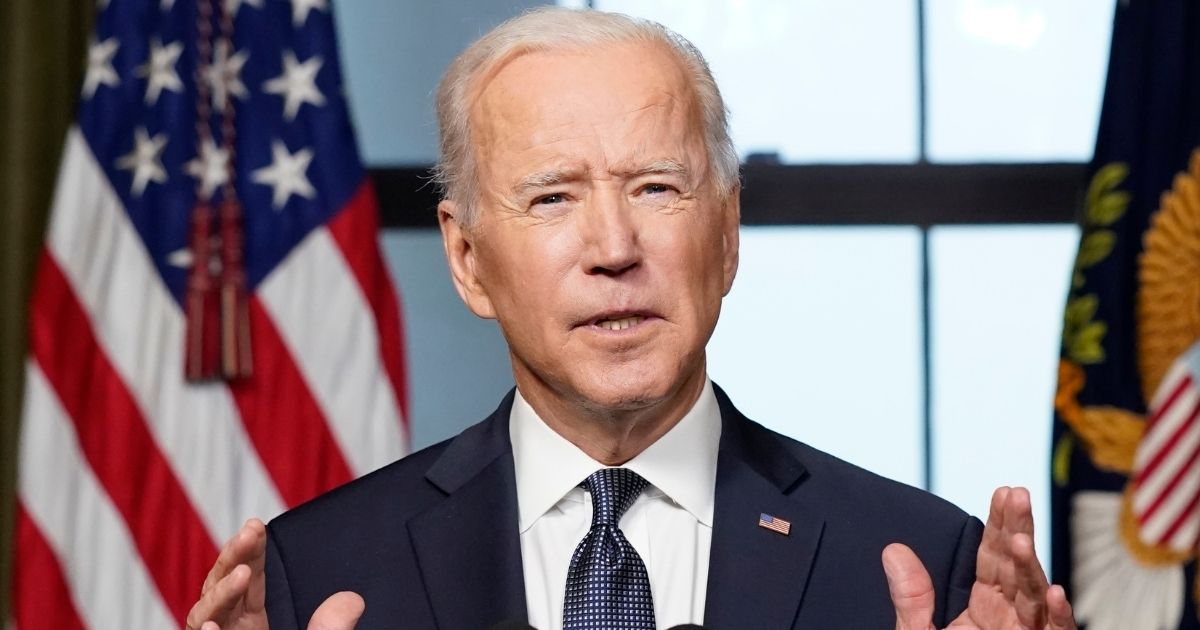 President Joe Biden on Thursday issued an executive order punishing Russia for the Solar Winds cyberattack on federal agencies as well as other misconduct that included efforts to interfere in American elections.

Russia’s actions “constitute an unusual and extraordinary threat to the national security, foreign policy, and economy of the United States.  I hereby declare a national emergency to deal with that threat,” Biden said in the order.

“This E.O. sends a signal that the United States will impose costs in a strategic and economically impactful manner on Russia if it continues or escalates its destabilizing international actions,” the White House said in a fact sheet released Thursday.

“Our view is that no single action that we will take or could take in and of itself could directly alter Russia’s malign behavior,” principal deputy national security adviser Jonathan Finer said, according to The Washington Post. “But this is going to be a process that is going to take place over time, and it will involve a mix of significant pressure and finding ways to work together.”

The order includes action by the Treasury Department that seeks to block American financial institutions from buying bonds issued by various Russian banks that would support Russia’s government.

“This action signals that the Biden administration is not going to hold back,” Edward Fishman of the Atlantic Council said. “They’re taking significant actions against the Russian economy and putting global markets on notice that Russian sanctions will increase if Russia’s aggressive behavior continues.”

The fact sheet notes that “the United States is formally naming the Russian Foreign Intelligence Service (SVR), also known as APT 29, Cozy Bear, and The Dukes, as the perpetrator of the broad-scope cyber espionage campaign that exploited the SolarWinds Orion platform and other information technology infrastructures.”

“The U.S. Intelligence Community has high confidence in its assessment of attribution to the SVR.”

Is this really going to change how Russia acts?

“The SVR’s compromise of the SolarWinds software supply chain gave it the ability to spy on or potentially disrupt more than 16,000 computer systems worldwide. The scope of this compromise is a national security and public safety concern. Moreover, it places an undue burden on the mostly private sector victims who must bear the unusually high cost of mitigating this incident,” the fact sheet continued.

The episode “highlights the risks posed by Russia’s efforts to target companies worldwide through supply chain exploitation,” according to the fact sheet.

“Those efforts should serve as a warning about the risks of using information and communications technology and services (ICTS) supplied by companies that operate or store user data in Russia or rely on software development or remote technical support by personnel in Russia.”

As part of the punishment for that incident, six Russian technology companies will be sanctioned.

Biden’s order also sanctions “32 entities and individuals carrying out Russian government-directed attempts to influence the 2020 U.S. presidential election, and other acts of disinformation and interference.”

The fact sheet said that, in response to the Russian occupation of Crimea and Russian provocations along Ukraine’s eastern boundary, eight individuals and entities were sanctioned.

Further, 10 members of Russia’s diplomatic mission in the U.S. were expelled.

The White House said Biden’s order was also drafted in response to allegations that Russia paid bounties to the Taliban for attacks on U.S. personnel in Afghanistan.

In a statement issued by Secretary of State Antony Blinken on the State Department’s website, Blinken indicated the sanctions were also related to Russian efforts to first poison and then arrest Aleksey Navalny, a Russian lawyer who has opposed the government of Russian President Vladimir Putin.

“These actions are intended to hold Russia to account for its reckless actions. We will act firmly in response to Russian actions that cause harm to us or our allies and partners,” Blinken said in the statement.

“Where possible, the United States will also seek opportunities for cooperation with Russia, with the goal of building a more stable and predictable relationship consistent with U.S. interests.”