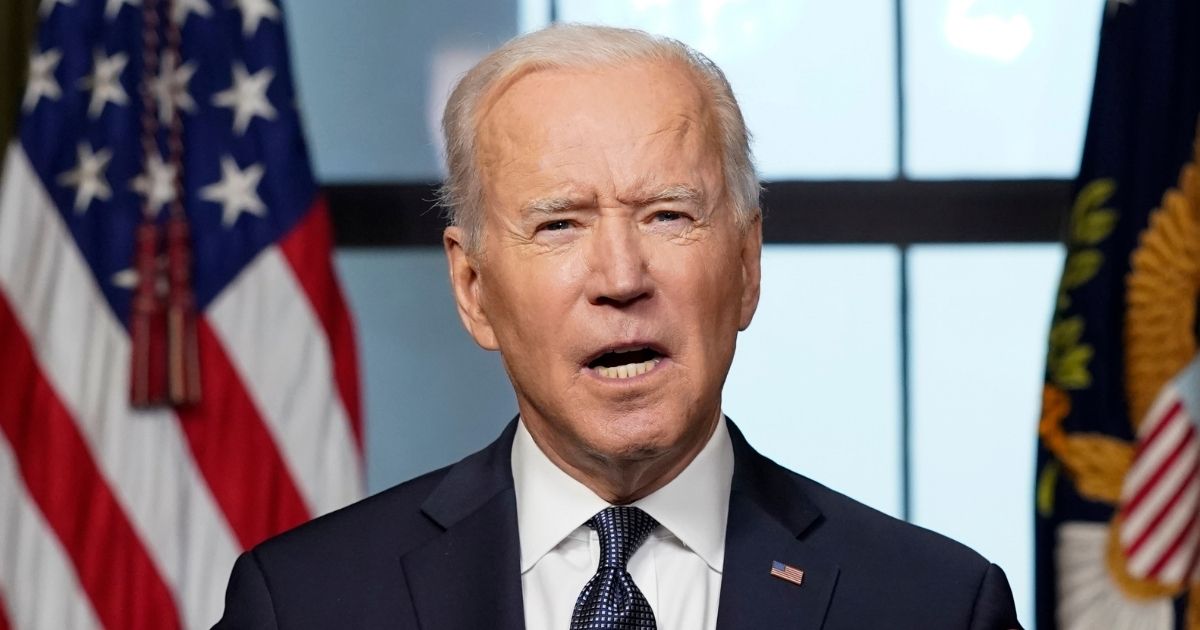 President Joe Biden announced Wednesday that the 2,500 U.S. troops remaining in Afghanistan would be pulled out by Sept. 11, the 20th anniversary of the 9/11 attacks.

That feels like a very arbitrary date and very well could be setting the United States up for a future disaster.

It was former Secretary of Defense Robert Gates who wrote in his 2014 memoir that Biden “has been wrong on nearly every major foreign policy and national security issue over the past four decades.”

Gates has reaffirmed that assessment multiple times since.

In 2012, Biden, by his own admission (though he’s tried to clarify since), opposed the raid of the previous year that took out the 9/11 mastermind Osama Bin Laden.

The killing of Bin Laden was the most successful national security achievement of the Obama administration, and Biden was on the wrong side of it.

The Washington Examiner has reported that not only Gates but also former Secretary of State Hillary Clinton, former CIA Director Leon Panetta and former President Barack Obama himself are on record confirming Biden’s opposition to the raid.

Dr. James Carafano, a national security expert with the Heritage Foundation, told The Western Journal that Biden is making a mistake by withdrawing U.S. troops in the manner and timetable he has chosen.

Do you support Biden's decision to pull U.S. troops from Afghanistan?

“No matter where you stand on troops in Afghanistan, everyone should agree that a) the metric of success in Afghanistan is not the date the last U.S. troop comes home, but whether U.S. interests are protected, and b) it’s never a good idea to run foreign policy by a calendar. It is always better to base by conditions on the ground,” he said in a statement.

Carafano, who is a former West Point professor and graduate and professor at the U.S. Naval War College, listed multiple conditions that should be met before the U.S. pulls out of Afghanistan:

“(1) Progress is being made during direct talks between the Taliban and the Afghan government; (2) the drawdown leads to a nationwide cease-fire that includes both Afghan and foreign militaries and a halt to all attacks on civilians and on U.S. forces; and (3) the withdrawn forces remain at a level of readiness that allows them to return to Afghanistan quickly in the event that the Taliban’s talks with the Afghan government collapse or if the cease-fire breaks down.”

“Nobody wants the troops to come home more than those of us who have had to sacrifice so much, but the last thing I want to see is another 9/11,” he told Fox News on Wednesday.

“And the best way to cause another 9/11 to happen is to pull all of our troops out of Afghanistan when half the world’s terrorist organizations are still there and the intelligence community is very clear they intend to hit us again,” he continued.

Waltz, who still serves as a colonel in the National Guard, likened Biden’s decision to Obama’s call in 2011 to pull U.S. troops from Iraq.

The congressman argued that the withdrawal led to the rise of ISIS.

“This is repeating Obama and Iraq all over again, but it’s worse,” Waltz said. “We lost far more troops having to fight our way back in.”

He urged Biden not to put the U.S. in a position of weakness.

“Whether it’s the Iran deal or whether it’s this, we’re giving away all of our leverage, and our enemies are emboldened by weakness and they’re deterred by strength,” Waltz said.

“This is just an incredibly bad decision, and the next attack on the United States is going to be on President Biden’s watch.”

It should be noted that there have been no U.S. casualties in Afghanistan for over a year.

Keeping a small contingent of highly trained American troops on the ground to respond to potential terror threats and to be a check on Taliban power seems a small price to pay to help prevent another 9/11.