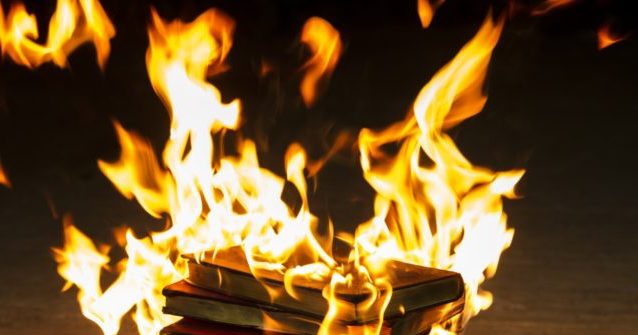 Yet another bookseller has followed Amazon’s lead in removing a bestselling book questioning the advisability of sex reassignment surgery.

On April 9, Anderson wrote that bookshop.org, whose mission is “supporting local, independent bookstores” has confirmed it removed When Harry Became Sally due to “multiple complaints and concerns from customers, affiliates, and employees about the title.”

As Breitbart News reported, online retail giant Amazon subjected Anderson’s work to a digital book-burning in February, scrubbing all traces of the book from its site just days before a Congressional vote on the Equality Act.

Amazon cancelled the carefully researched book not because of any factual errors or incendiary language but because it undermines transgender ideology by showing its utter lack of scientific grounding.

Numerous experts in the field, including the former psychiatrist-in-chief at Johns Hopkins Hospital, have lavished praise on the book and no one has yet produced a serious scholarly response to the arguments it makes.

In March, Amazon doubled down on its decision, announcing that while they “provide our customers with access to a variety of viewpoints, including books that some customers may find objectionable,” they draw the line at those who oppose treating gender dysphoria with puberty blockers and gender transition surgery.

We “have chosen not to sell books that frame LGBTQ+ identity as a mental illness,” they declared in a March 11 letter to four Republican Senators.

The letter came in response to an inquiry by the senators — Rubio, Hawley, Braun, and Lee — as to why Amazon has decided to ban a scholarly work presenting one side of the transgender debate.

In its letter, signed by Vice President for Public Policy Brian Huseman, Amazon repeated that it offers “customers across the political spectrum a wide variety of content that includes disparate opinions” but that “we reserve the right not to sell certain content.”

Amazon will continue censoring “disparate opinions” regarding the nature and treatment of gender dysphoria, which refers to the psychological distress experienced by those who do not feel comfortable with their biological sex.

In response to bookshop.org’s decision to join Amazon in banning When Harry Became Sally, pro-life champion Lila Rose tweeted: “This is wild.”

“What exactly was wrong with this title?” Rose asked bookshop.org. “When Harry Became Sally is a thoughtful, balanced analysis of current concerning trends in treatments of gender dysphoria. It’s a scholarly work. Why are you censoring it?”