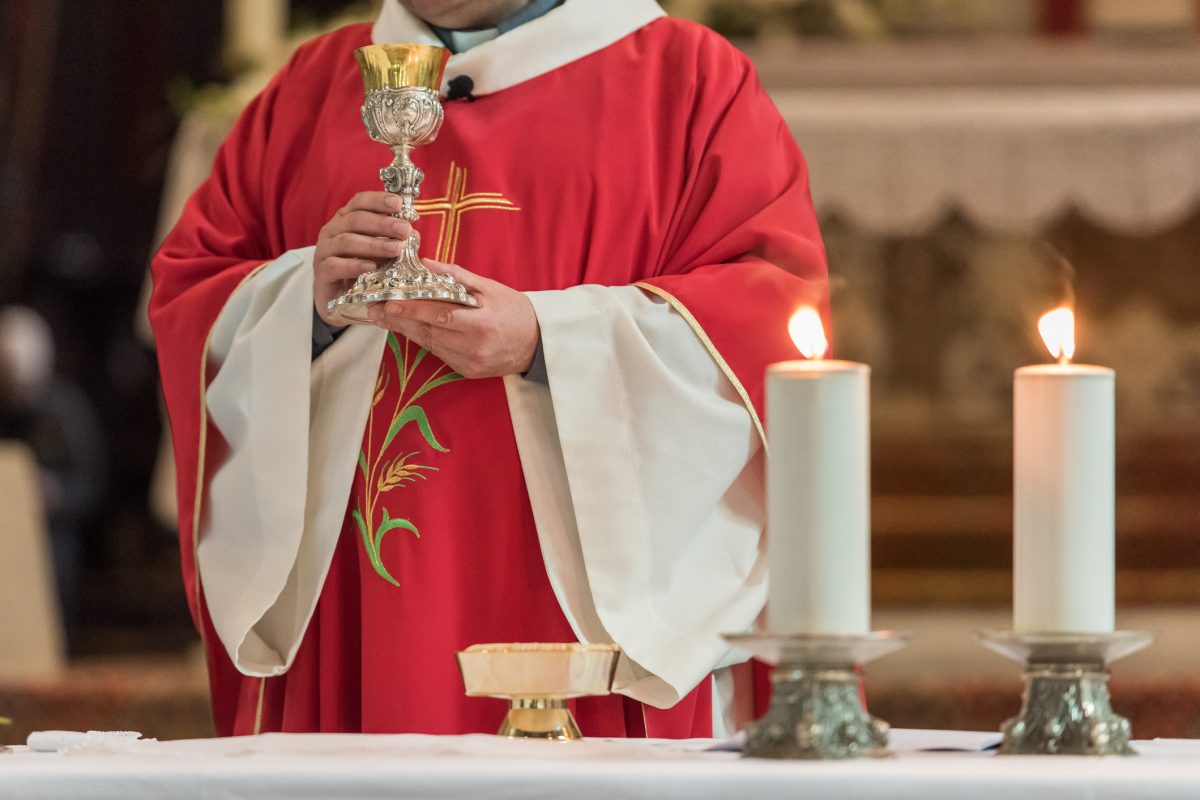 A Roman Catholic priest in Wisconsin who went viral for denouncing what he described as the “godless platform” of the Democratic Party and the liberal clergy who enable it was asked to step down by his bishop.

Fr. James Altman of St. James the Less Catholic Church in La Crosse, Wisconsin, was instructed by Bishop William Patrick Callahan last Friday to resign for allegedly being “divisive” and “ineffective” because of his controversial rhetoric, which is often political and includes skepticism about lockdowns and the COVID-19 vaccine, according to the The Federalist.

Altman does not intend to resign and plans to appeal the bishop’s ruling to the Vatican with the help of a canon law lawyer. A crowdfund that sought to raise $20,000 for his legal defense fees has raised more than $250,000 as of Wednesday.

According to a statement released by the Diocese of La Crosse, the punitive action was taken against Altman only after attempts to “allow Fr. Altman the opportunity to respond to fraternal correction” allegedly proved unsuccessful.

As The Federalist further reported, “Altman’s homilies have gone viral over the past year, beginning with a fiery broadside against the modern Democratic Party’s pro-abortion, pro-gay marriage, pro-transgender platform, but zeroing in on failures in Catholic Church leadership to teach the catechism, keep the faithful coming to church, police sexual sins and abusers in the clergy, positively affect the culture, maintain a moral influence on politics, and most recently, simply keep their doors open amidst COVID-19 panics and secular leaders’ demands that worship end or be severely curtailed.”

“You cannot be Catholic and a Democrat, period,” Altman said during his first homily that went viral last summer. “Their party platform absolutely is against everything the Catholic Church teaches. So just quit pretending that you’re Catholic and vote Democrat.” He went on to warn that anyone who supports the Democratic Party’s platform is in danger of hell, especially because of the “diabolical agenda” of abortion.

Altman also rebuked the “hypocrites” in the church hierarchy who accuse him of being “too political,” noting that such attacks always come from people on the Left who seemingly have no issue when the Church embraces elements of the leftist political agenda.

Altman has also offended some with his largely maskless services and for opening his church’s doors on Easter to hundreds who received the Eucharist on their tongue. Altman has also advised his congregants to avoid the “experimental” COVID-19 vaccines, and described as “diabolical” any attempt to shame or compel people into receiving them, according to the La Crosse Tribune.

According to the Centers for Disease Control and Prevention (CDC) website, “COVID-19 vaccines are safe and effective. COVID-19 vaccines were evaluated in tens of thousands of participants in clinical trials. The vaccines met the Food and Drug Administration’s (FDA) rigorous scientific standards for safety, effectiveness, and manufacturing quality needed to support emergency use authorization (EUA).”

In the Pentecost homily during which he drew audible gasps from the congregation when he announced the charges against him, Altman said, “For the record, through my efforts at preaching the truth, somehow — very unintended — the truth has gone ‘viral’ over the past 11 months and people all over the globe, as far away as Borneo, [Italy] have written over 4,000 letters and cards — more than that in emails — all saying the same thing: ‘We’re starving out here.’”

“What really is at play here, dear family, is that other shepherds are offended that I simply state the fact that they have abandoned their sheep in a time of need,” Altman said. “As you’ve heard me say so many times, if this alleged virus was allegedly a fraction as dangerous as they said it was, all the more reason to keep our churches open and get you the sacraments so you stay in a state of grace.”