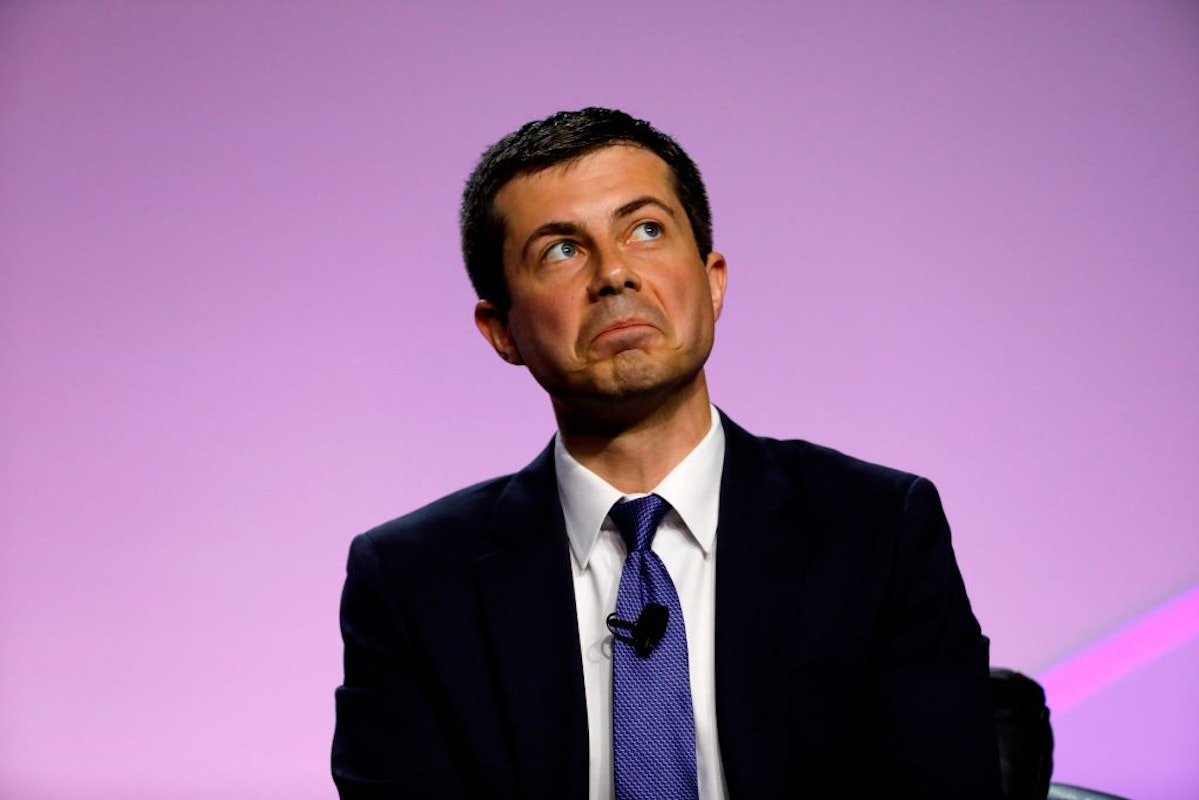 Secretary of Transportation Pete Buttigieg claimed in a recent interview that racism is “physically built” into parts of the U.S. highway system.

Responding to an allegation from theGrio White House correspondent April Ryan that the interstate system was “built on a racist system” meant “to keep certain groups in and certain groups out,” Buttigieg agreed, saying, “Yeah, often this wasn’t just an act of neglect. Often this was a conscious choice. There is racism physically built into some of our highways, and that’s why the jobs plan has specifically committed to reconnect some of the communities that were divided by these dollars.”

“Well, if you’re in Washington, I’m told that the history of that highway is one that was built at the expense of communities of color in the D.C. area,” Buttigieg continued, according theGrio. “There are stories, and I think Philadelphia and Pittsburgh [and] in New York, Robert Moses famously saw through the construction of a lot of highways.”

Phase one of fixing the nation’s infrastructure is not just about some of the obvious: repairing potholes, bridges, roads, airports, schools, creating new power grids, replacing lead pipes and expanding broadband.

There are also efforts to correct America’s racist wrongs.

Equity is now being built into the soon to be updated black-and-white road maps of yesteryear. “If you think about it, much of this infrastructure was paid for and designed before the Voting Rights Act of 1965,” former Obama Transportation Secretary Anthony Foxx tells theGrio. “That was a time before Black people were at the table.”

Buttigieg has raised eyebrows before for comments he made regarding Biden’s infrastructure plan. As The Daily Wire reported:

Secretary of Transportation Pete Buttigieg was ridiculed on social media on Friday for expressing openness to a policy that would pay for President Joe Biden’s massive infrastructure budget by taxing motorists for each mile they drive.

“So, I think that shows a lot promise,” Buttigieg said regarding a mileage-based tax during an interview with CNBC. “If we believe in that so-called ‘user-pays principle,’ the idea that part of how we pay for roads is you pay based on how much you drive. The gas tax used to be the obvious way to do that; it’s not anymore.”

“So, a so-called ‘vehicle-miles-traveled tax’ or ‘mileage tax,’ whatever you want to call it, could be a way to do it,” Buttigieg added.

Many pundits took to social media to blast Buttigieg for floating such an idea, which many claimed would be a further burden on the poor.

Transportation Secretary Pete Buttigieg says taxing drivers by the mile “shows a lot of promise” and could be a way to fund a big infrastructure overhaul. pic.twitter.com/fkI5nWt7sr