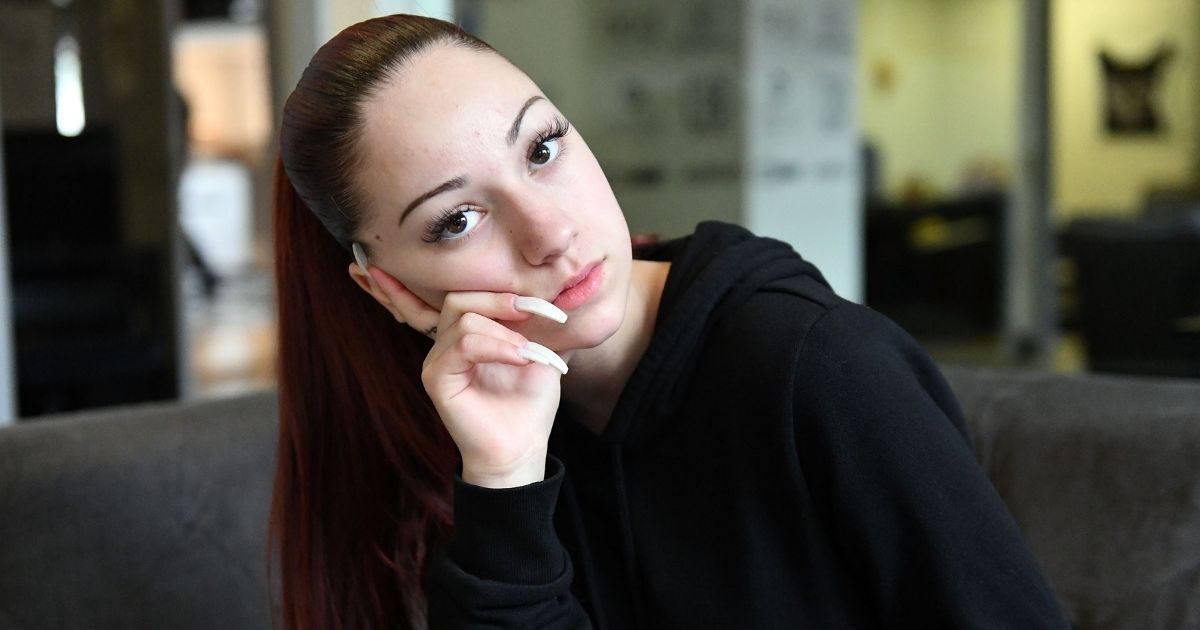 As internet access continues to expand, online markets looking to exploit women’s bodies have grown along with it.

Websites like OnlyFans typically promise people money and online notoriety in exchange for posting nude content. These promises may compel a young person to sell exploitative images of themselves to the highest bidder.

In an April 1 post on Instagram, rapper Bhad Bhabie, whose real name is Danielle Bregoli, announced that she had made over $1 million within six hours of joining the pay-per-view service, which has come to be little more than a pornography site.

Variety magazine was able to confirm the post’s accuracy after speaking with an OnlyFans spokesman. The outlet also reported that Bregoli had come of age just days prior, on March 26.

Bregoli became an internet meme at age 13 after coining the phrase “cash me ousside” — a way of saying “fight me” — during a 2016 appearance on “Dr. Phil.” The teenager’s family and behavioral problems seemed to fascinate the public, and Bregoli suddenly became the face of a marketable internet brand.

A year after appearing on the show, the teenager became the youngest female rapper to appear on the Billboard Hot 100 chart, with the release of her debut single, “These Heaux.” The song includes lyrics like, “I ain’t nothin’ like these h**s/ Don’t compare me to no one/ Money green like CeeLo/ Yeah my pocket so swollen.”

Bregoli had already been thrust into the spotlight at a young age and during a tender moment in her life. One can only assume that the massive amount of attention she received for being vulgar in public and through her music rendered the teenager vulnerable to OnlyFans.

False Promises of Notoriety and Fortune

The National Center on Sexual Exploitation (NCOSE) has analyzed how OnlyFans influences people to post sexually explicit content by advertising itself as an easy way to earn a living.

But Dr. Stephany Powell, director of law enforcement training and survivors services at NCOSE, said what OnlyFans is really doing is profiting off of “vulnerable people.”

“I mean, when you think about it, if you are in need of money, and you see someone like this making a million dollars in six hours, now what are you going to do?”

Bregoli’s status as a rapper means that she likely already had a following before joining OnlyFans, according to the director. But the average person who joins the site would not have this advantage.

RELATED: Creepy: Man Accused of Hiding Under Teen's Bed for 3 Weeks; Here's What Prosecutors Say He Did to Her

“The danger of that is that you’ll have someone that might be her age who sees that and thinks, ‘I can make money doing this. I can make a million dollars doing the same thing,’” Powell said.

“Well, here’s the danger of it: One, the reality of, probably not because you are not starting with that type of fan base.”

According to an NCOSE report, in contrast to OnlyFans’ promises, most of its users barely earn any income. Even if they post content regularly, the website takes a 20 percent cut of users’ earnings and forces them to make at least $20 (or up to $200 for international bank transfers) before they are allowed to withdraw any money.

People without a celebrity status that join the site typically do not make millions of dollars by posting one picture or video. As Powell noted, most users need to “do more things” to satisfy their fan base before they start earning money.

But another potential risk of posting to OnlyFans is that it often renders women vulnerable to predators.

“So there are, you know, cases when where pimps have reached — or traffickers, they’re one and the same to me — have reached out to these vulnerable women that will do anything for money and telling them, ‘Hey, I know how you can make more money,’” Powell said.

“They also run the risk of predators trying to meet them offline in order to make money. So if you’re vulnerable and in need of money, you run that slippery slope of what you’re going to do. And the problem can conceivably start with you posting on OnlyFans.”

Inside the Beltway: ‘Judge Jeanine’ Pirro fears for America