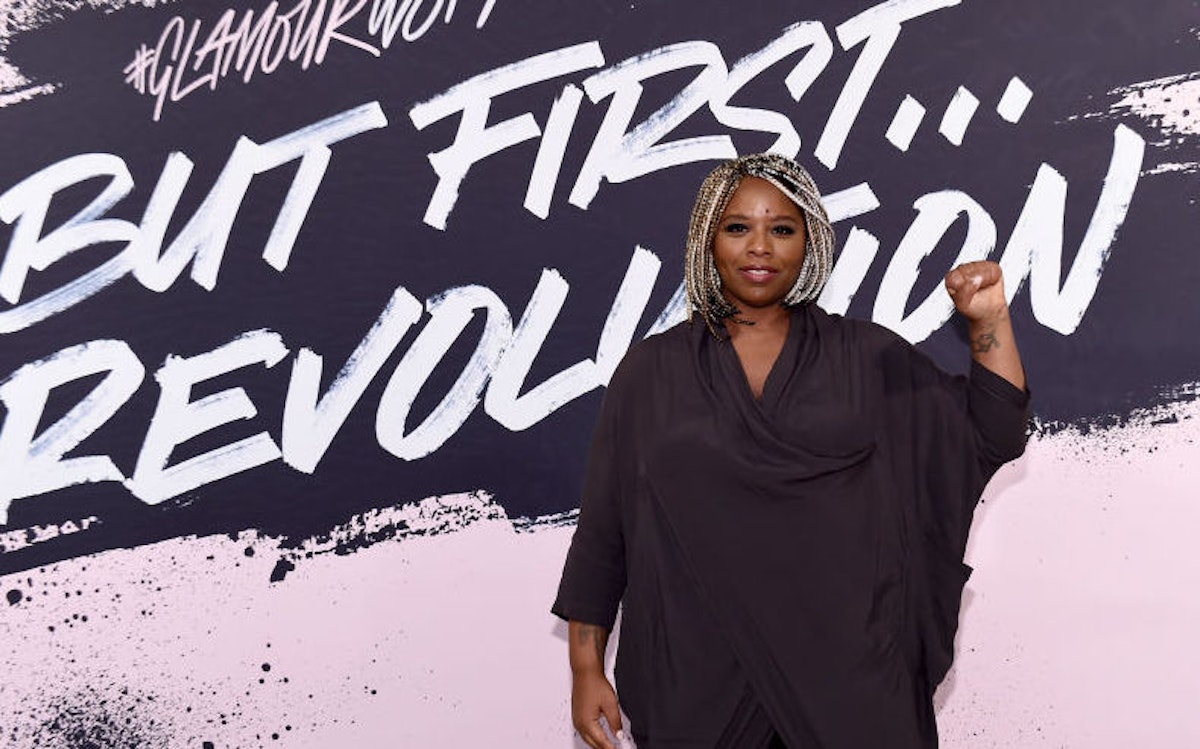 One of the founders of the far-left Black Lives Matter movement is reportedly on a “real-estate buying binge,” already purchasing four homes with a price tag totally upwards of $3 million.

Thirty-seven-year-old Patrisse Khan-Cullors “went on a real estate-buying binge, snagging four high-end homes for $3.2 million in the US alone, according to property records,” The New York Post reported Sunday.

The progressive activist was also eyeing a spot in an “ultra-exclusive” resort in the Bahamas, where the likes of musician Justin Timberlake and iconic golfer Tiger Woods both have homes. The Post detailed:

Patrisse Khan-Cullors, 37, also eyed property in the Bahamas at an ultra-exclusive resort where Justin Timberlake and Tiger Woods both have homes, The Post has learned. Luxury apartments and townhouses at the beachfront Albany resort outside Nassau are priced between $5 million and $20 million, according to a local agent.

The self-described Marxist last month purchased a $1.4 million home on a secluded road a short drive from Malibu in Los Angeles, according to a report. The 2,370 square-foot property features “soaring ceilings, skylights and plenty of windows” with canyon views. The Topanga Canyon homestead, which includes two houses on a quarter acre, is just one of three homes Khan-Cullors owns in the Los Angeles area, public records show.

As highlighted by The Daily Wire this past week, Khan-Cullors notably purchased a $1.4 million home in a secluded area of Los Angeles, where the population is reportedly less than 2% black.

“A secluded mini-compound tucked into L.A.’s rustic and semi-remote Topanga Canyon was recently sold for a tad more than $1.4 million to a corporate entity that public records show is controlled by Patrisse Khan-Cullors, 37-year-old social justice visionary and co-founder of the galvanizing and, for some, controversial Black Lives Matter movement,” dirt.com reported.

Khan-Cullors could be facing more than just fierce online criticism over the spending. According to the Post, “Hawk Newsome, the head of Black Lives Matter Greater New York City, called for ‘an independent investigation’ to find out how the global network spends its money.”

“If you go around calling yourself a socialist, you have to ask how much of her own personal money is going to charitable causes,” Newsome said. “It’s really sad because it makes people doubt the validity of the movement and overlook the fact that it’s the people that carry this movement.”

As reported by The Daily Wire’s Paul Bois last summer, the BLM organization’s since-scrubbed “What We Believe” page curiously outlined goals relative to “gender identity” and the disruption of the nuclear family:

We are self-reflexive and do the work required to dismantle cisgender privilege and uplift Black trans folk, especially Black trans women who continue to be disproportionately impacted by trans-antagonistic violence.

We build a space that affirms Black women and is free from sexism, misogyny, and environments in which men are centered.

We practice empathy. We engage comrades with the intent to learn about and connect with their contexts.

We make our spaces family-friendly and enable parents to fully participate with their children. We dismantle the patriarchal practice that requires mothers to work “double shifts” so that they can mother in private even as they participate in public justice work.

We disrupt the Western-prescribed nuclear family structure requirement by supporting each other as extended families and “villages” that collectively care for one another, especially our children, to the degree that mothers, parents, and children are comfortable.

We foster a queer‐affirming network. When we gather, we do so with the intention of freeing ourselves from the tight grip of heteronormative thinking, or rather, the belief that all in the world are heterosexual (unless s/he or they disclose otherwise).