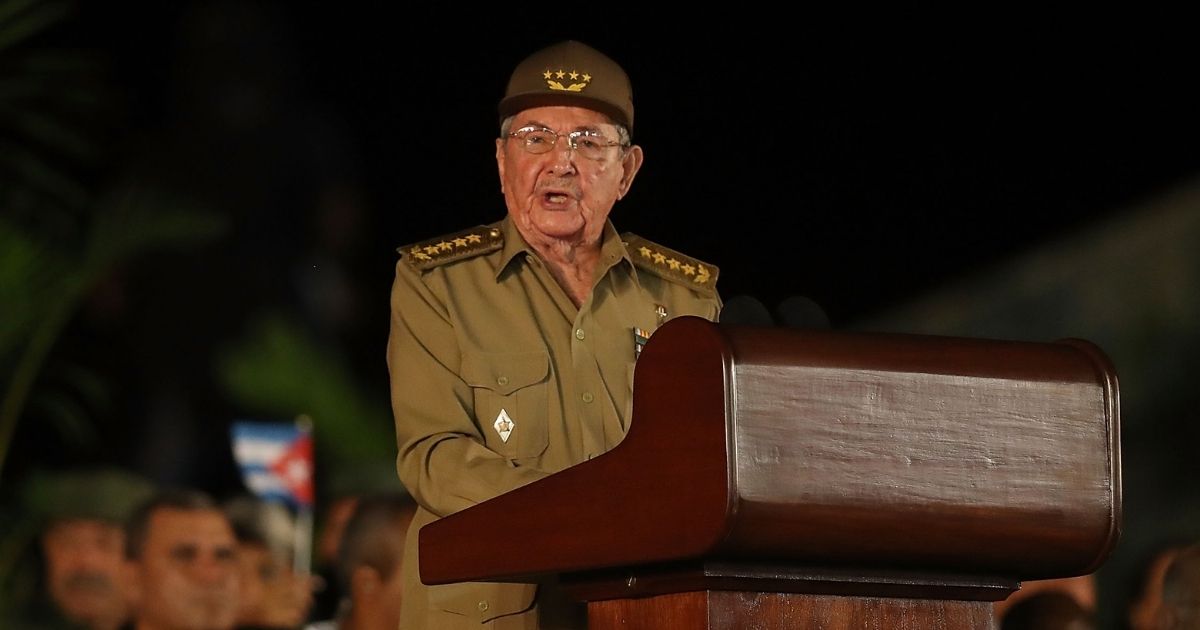 On Friday, Raúl Castro said he will be retiring from his post as head of the Cuban Communist Party.

Castro, 89, is the younger brother of Fidel Castro, who led the Cuban revolution in 1959 and ruled the island nation into the 21st Century until he began delegating power to his brother as illness and age took their toll. Fidel Castro died in 2016.

Raúl Castro had been following his brother’s model by slowly stepping back from his leadership role. In 2018, Miguel Diaz-Canel, 60, became Cuba’s president, according to Reuters.

Diaz-Canel is also the expected choice to lead the Communist Party.

Castro said he was passing on the mantle to experienced party loyalists “full of passion and anti-imperialist spirit.”

TRENDING: Dr. Fauci Admits, Under Oath, Biden Admin Is Pushing CDC Guidance on Americans, But Not on Illegal Immigrants

“I believe fervently in the strength and exemplary nature and comprehension of my compatriots, and as long as I live I will be ready with my foot in the stirrups to defend the fatherland, the revolution and socialism,” Castro said during the party’s congress, which is held every five years.

Cuba is ready for a “new type of relationship with the United States without … Cuba having to renounce the principles of the revolution and socialism,” Castro said Friday.

Castro will retain power with or without a formal title, one commentator said, according to The New York Times.

“Of course Raúl will continue to have influence, like Deng Xiaoping did when he stepped down,” Carlos Alzugaray, a party insider, said.

Will this change anything in Cuba?

Alzugaray added that Castro would play a role in major decisions, but not routine operations.

“It won’t be a clean-cut thing, it’s not how the system works in Cuba,” Alzugaray said. “It’s not like the U.S. where the former presidents don’t have influence once they leave office.”

2/ The new generation of leaders is not expected to make sweeping changes to #Cuba’s one-party, socialist model any time soon. But it will be under pressure to pursue further market-style reforms to the long-ailing, centrally planned economy, analysts said.
..
📸by @alemeneghini pic.twitter.com/WCUnsmwe7O

Victoria Hernández, 37, of East Havana, noted that for many Cubans living amid economic hardships, the focus should be more on daily living than ideology, according to NBC News.

“I think our officials should change their mentality more to improve things. Right now what we’re thinking about is food. I want to also think about having a car, a better house,” she said.

Government critic Luis Manuel Otero Alcantara said the change in power is a sign that Cuba’s leadership is fading, according to Reuters.

“Raúl is passing over the power to someone with little charisma and who does not have much popular support,” he said. “This takes us one step closer to democracy.”