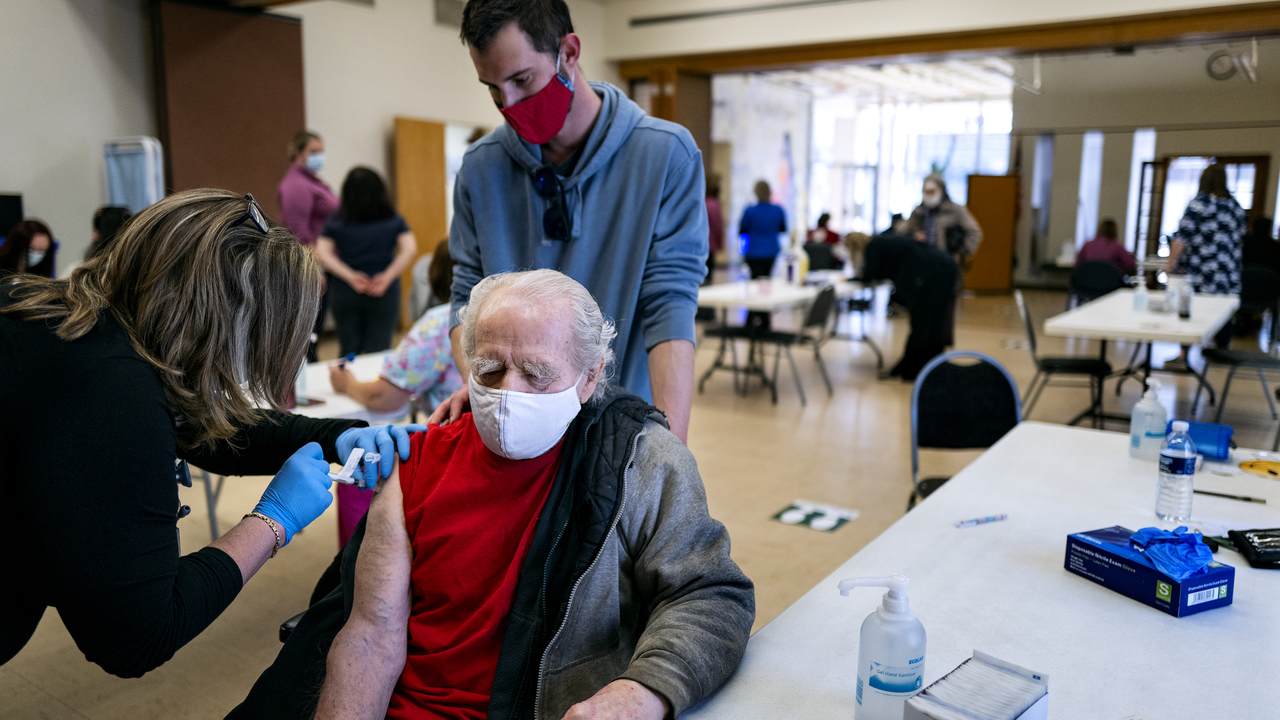 Because of the natural mutation the clever little RNA strand undergoes—it is clear to anyone with a critical mind that the Covid vaccines will go the way of the flu vaccines: An annual affair if one chooses to make it so.

The possibility of a vaccine passport, a “certification of vaccination that reduces public-health restrictions for their carriers,” has been floated. Unfinessed, it amounts to, “Your Papers, bitte!”

While Fox’s Tucker Carlson did term the idea an Orwellian one—it took civil libertarian Glenn Greenwald, the odd-man-out among the authoritarian Left, to place the concept of a vaccine passport in proper perspective.

The popular TV host (and perhaps the only good thing on Fox News) had asked Greenwald if he felt a vaccine passport “would work to convince more Americans to get vaccinated.

Judging a policy by its positive outcomes for the collective, rather than by whether it violates individual rights is utilitarianism. It is the rule among politicians and pundits.

The Benthamite utilitarian calculus is thus rightly associated with a collectivist, central-planner’s impetus.

The Founding Fathers, conversely, held a Blackstonian view of the law as a bulwark against government abuses. Their take has since been supplanted by the notion of the law as an implement of government, to be utilized by all-knowing rulers for the “greater good.”

To his great credit, Sean Hannity did advance a rights-based argument against the vaccine-passport outrage: the individual right to privacy.

It fell, however, to Mr. Greenwald to take note of the three different ways in which the passports constitute a draconian invasion:

…coercing citizens to put a substance into their body that they don’t want in their body, a pretty grave invasion of bodily autonomy, a fundamental right … gathering a new database that can track people’s [health] … can easily be expanded as government programs do …
…restricting people’s movement. Freedom of movement is one of the most fundamental rights … guaranteed in the Constitution.  …

The visibly disappointed Mr. Hannity was expecting an erudite, rights-based objection from the senator representing Louisiana. On the matter of vaccine compliance through coercion, Kennedy only dimmed the debate. To the question about vaccine passports, Kennedy answered with a non sequitur:

A vaccine passport would be “terribly unethical,” Kennedy croaked, and not because it would threaten an individual’s dominion over his body, but because, “Everybody does not yet have access to the vaccine.”

The “vaccine hesitancy” pejorative is certainly an attempt to berate, bully and marginalize critical thinkers.

For the evolutionary advantage—mutation—of the clever little RNA coil the experts blame under-vaccination caused by global, systemic racism: Not enough sharing by the waning White World. Or, the “vaccine hesitancy” of the population at large.

It is no surprise, then, that not one TV ego in an anchor’s chair has inquired about longitudinal safety studies of the quickly-issued COVID vaccines and the relatively new mRNA technology. (Read “Before COVID Cartel, Scientific Skepticism Of Messenger-RNA Technology Was Voiced, EXPECTED.”)

After all, “The creation of a vaccine involves scientists and medical experts from around the world, and it usually requires 10 to 15 years of research before the vaccine is made available to the general public. [HERE]

However, there aren’t any longitudinal studies! How could there be? Covid vaccines are just too new. More ominously, they were rushed to market under an Emergency Use Authorization (EUA), not following FDA approval. To compound the unease, the EUA appears to harp a lot on providing “liability immunity” to Covid-vaccine manufacturers.

Reasonable people are all for well-tested vaccines—all the more so when liability is attached to the manufacturers, which is not the case in COVID.

Vaccine Likely To Last Until … Next Mutation

If you doubt my opinion that jabs will become an annual affair, consider the expert opinion of 77 scientists from 28 countries:

The planet could have a year or less before first-generation Covid-19 vaccines are ineffective and modified formulations are needed, according to a survey of epidemiologists, virologists and infectious disease specialists. …

…The grim forecast of a year or less comes from two-thirds of respondents, according to the People’s Vaccine Alliance, a coalition of organizations including Amnesty International, Oxfam, and UNAIDS, who carried out the survey … Nearly one-third of the respondents indicated that the time-frame was likely nine months or less.

We vaccinate every year for the flu due to mutations. Why expect SARS-CoV-2 to be any less efficient?

As surmised in this space, the Covid vaccines will likely last as long as the virus’s next mutation. But will these remain optional?

In anticipation, Israel’s Prime Minister Bibi Netanyahu has floated the freaky idea of a six-monthly vaccine schedule. In Israel, a vaccine “Green Passport” is already a reality.

As is compliance-through-coercion at work in Canada, where, upon arrival in the country, you are corralled into confinement in government-designated “hotels,” at an exorbitant shakedown fee. The policy was instituted by the despicable and deeply stupid Justin Trudeau, a leftie.

What is the plan stateside? Without any qualms, American authorities have boarded up small businesses, and bankrupted, even arrested, their “scofflaw” owners for the crime of working. Do they plan to force the goop into the resister’s veins?

Do vaccine resisters risk being WACOed?

Ilana Mercer has been writing a weekly, paleolibertarian column since 1999. She’s the author of Into the Cannibal’s Pot: Lessons for America From Post-Apartheid South Africa (2011) & The Trump Revolution: The Donald’s Creative Destruction Deconstructed” (June, 2016). She’s currently on Parler, Gab, YouTube & LinkedIn, but has been banned by Facebook and throttled by Twitter.