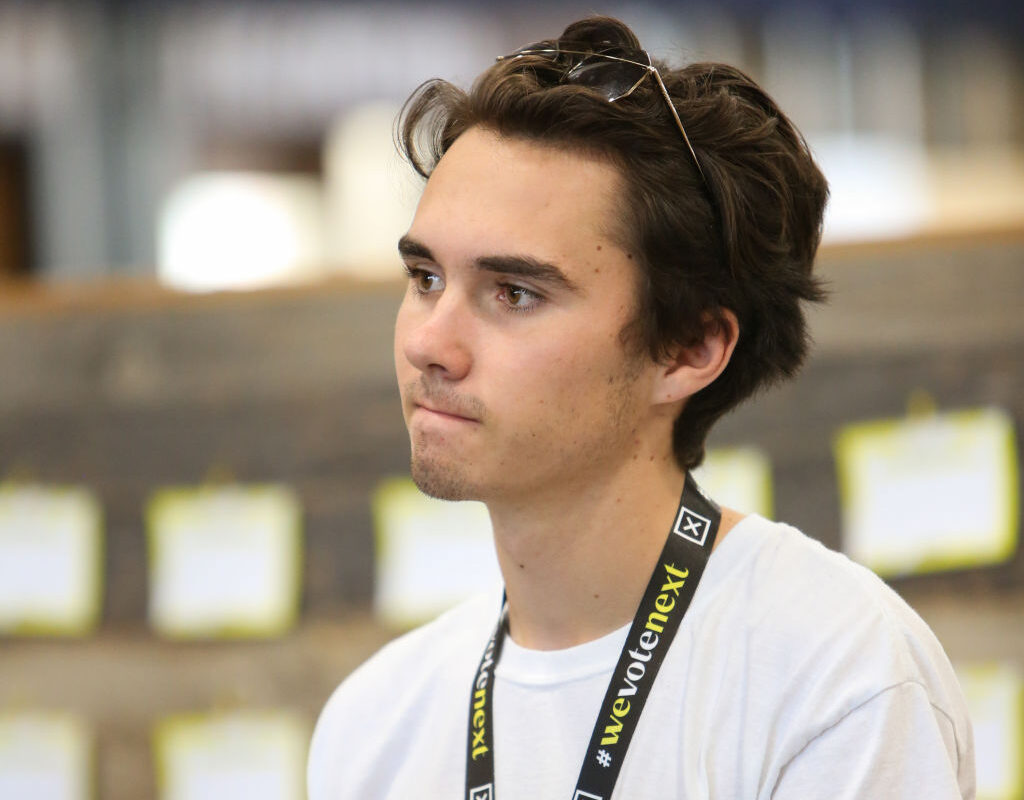 Hogg claims to have divested himself of his GoodPillow shares, giving  LeGate full ownership over the pillow company, in order to focus more intently on his education and his activism; operating a small business was, it seems, harder than Hogg expected and was getting in the way of more pressing endeavors.

“On Saturday, Hogg thanked his Good Pillow partner William LeGate and said he would focus on his college studies and gun-control activism,” Newsweek reported.

“Effective immediately, I have resigned and released all shares, any ownership and any control of Good Pillow LLC,” Hogg tweeted. “I want to thank his partnership and wish him absolutely nothing but success with the future of Good Pillow.”

“Over the next several months, I will be taking some time to focus on my studies in college and advance the gun violence prevention movement with March for Our Lives and personally,” he continued.

“We were met with immediate and overwhelming support. But I soon realized that given my activism, schoolwork, and family commitments, I could not give 100% to being a full time co-founder at Good Pillow,” Hogg explained. “After many discussions with William and my friends, family and mentors, I made the good faith decision to allow William to bring our vision to life without me. hat vision remains an ethical company that produces products that people need while creating good union paying jobs and supporting social causes at the same time.”

It is not clear what “shares” Hogg is referring to as “GoodPillow” appears to be structured as a limited liability company (LLC), which does not issue shares.

As The Daily Wire reported in February, Hogg intended the company to compete with MyPillow, whose CEO was vocally supportive of former President Donald Trump following his November election loss. Hogg called the effort a “pillow fight ” and even went so far as to recruit LeGate as a partner. The pair intended not just to run MyPillow out of business, they said, but to run Fox News out of business, on the theory that MyPillow’s advertising dollars were the only factor keeping the news network on the air.

The endeavor quickly became complicated, though. Progressive “customers” made an ever-increasing number of demands on Hogg’s fledgling pillow company, Hogg and his partner failed to trademark “GoodPillow” or procure associated internet real estate, and there was already a progressive competitor to MyPillow on the market.

“According to the trademark application, ‘Good pillow’ was being registered for a ‘custom-built pillow,’ to use the mark in commerce or in connection with identified goods and services,” news website Meaww reported. “The application is now waiting to be assigned to an examining attorney approximately three months after the filing date, which will take place in May 2021. The image registered with the application does not match the logo on Hogg’s and LeGate’s Good Pillow co website. At the time of reporting, no other applications for the name have been filed under either Hogg’s or LeGate’s name.”

LeGate ignored much of Hogg’s Twitter stream, saying simply, “It has been a pleasure working with you, David” and pledging to send Hogg “pillows from the first batch.”

Shipping, LeGate claims, is scheduled to begin in July.

Hogg’s announcement was widely met with mockery, with social media denizens quick to suggest that Hogg had grossly underestimated how difficult it is to start and run a small business — and making good on bets they’d made when Hogg launched his company that the effort would be short-lived.