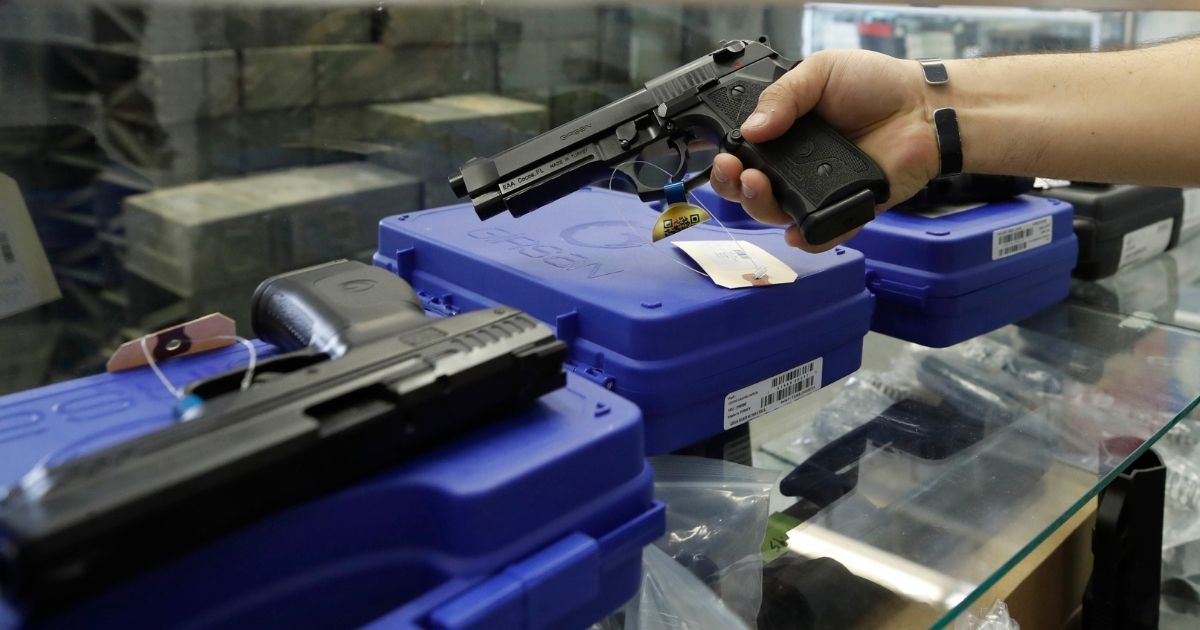 Democratic Sens. Tim Kaine and Mark Warner of Virginia reintroduced legislation Thursday that would implement universal background checks and restrictions on the number of guns someone can buy each month.

The “Virginia Plan to Reduce Gun Violence Act” was introduced on the evening of the anniversary of the shooting at Virginia Tech where a gunman killed 32 students and teachers before committing suicide, according to The Washington Post.

The legislation is modeled after Virginia gun control bills passed last year and “would require universal background checks, limit handgun purchases to one a month, and allow guns to be temporarily confiscated from people shown to pose an imminent threat to themselves or others,” The Post reported.

It also closes a loophole to prevent abusive partners from possessing firearms and requires gun owners to report a lost firearm within 48 hours.

“Virginia knows all too well the heartbreaking consequences of gun violence,” Kaine and Warner said in a joint statement released Thursday.

“We’ve seen it in the tragedies of Virginia Tech and Virginia Beach and the countless drive-by shootings, domestic violence, and suicides by firearm across the country. We’re proud of the Commonwealth for leading the way to advance gun reform; now it’s time for Congress to save lives.”

The bill would also include “extreme risk protection orders,” which would be based on red flag laws adopted in some states.

Under the orders, a judge could order the seizure of a firearm if a person is considered to be a risk to himself or others.

“The order would apply even if the gun owner did not commit a crime and is not even suspected of committing a crime,” The Center Square reported.

The legislation also prevents minors from accessing firearms and prohibits anyone subject to a protection order from owning a gun.

Second Amendment groups criticized the proposed legislation as ineffective, pointing to its record in Virginia since the reforms passed the Virginia General Assembly on party-line votes.

“The changes to Virginia’s gun laws have not prevented a single crime,” John Crump, the Virginia director of Gun Owners of America, told The Center Square.

RELATED: Biden Declares ‘No Amendment to the Constitution Is Absolute' While Announcing Gun Control Executive Orders

“Instead, all they have done is to infringe upon the rights of Virginians. Now Senators Kaine and Warner are pushing these ineffective restrictions at the federal level.”

He added, “It goes to show that their motives are not about preventing crime and saving lives, rather, it is a fundamental hatred of the Second Amendment. Gun Owners of America will spare no expense to defeat these anti-liberty laws.”

Biden introduced a series of executive actions at the beginning of this month to address gun violence, which he described as a “public health crisis” and “an epidemic.”

Do you think this bill will be passed?

“Nothing I am about to recommend in any way impinges on the Second Amendment,” the Democratic president said.

“They’re phony arguments suggesting that these are Second Amendment rights at stake with what we’re talking about.”