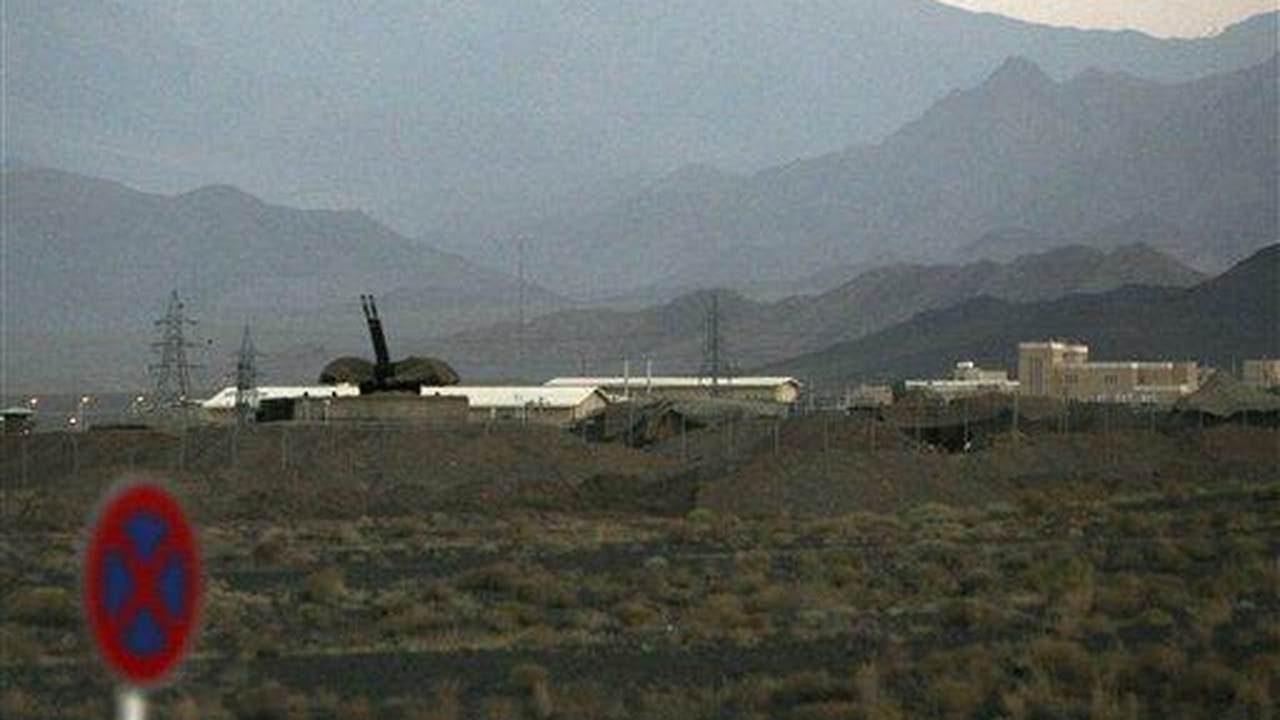 In case you missed the explosion, no worry. You may still be hearing its echoes and reverberations for a long time.  This past week, reports within and outside Iran have confirmed a massive explosion deep underground at the Iranian Natanz nuclear facility.  Iran claims that Natanz and other facilities like it are just for civilian, nuclear energy use, which they declare is their right. But successful foreign intelligence operations, as well as their own announcement that they will begin enriching uranium to 60%, leave no doubt that their intent is militaristic, and malicious.

All this comes in context of a seemingly ongoing exchange of attacks on the high seas, and Iran getting into deeper water than it planned. Some weeks ago, an Iranian ship delivering oil to a Syrian ship created an oil spill that devastated much of Israel’s Mediterranean coast in an act that’s been termed environmental terrorism.  Around the same time, an Israeli commercial ship in the Persian/Arabian Gulf was attacked by suspected Iranian forces. After that, an Iranian vessel anchored off the coast of Yemen for an indefinite period suffered an attack. That ship is reported to be a military outpost of the Iranian Revolutionary Guard. Israel never took responsibility, but the attack was blamed on Israel all the same. After the explosion at Natanz, another Israeli commercial vessel was attacked in the Gulf of Oman, also attributed to Iran.  In total, three Israeli commercial vessels have been attacked recently.

But the depth, literally, and damage caused by the Natanz explosion was unprecedented, and has Iran blaming Israel and promising retribution.

There are many questions related to Iran’s threat to retaliate for an act for which they blame Israel, and which maybe Israel had something to do with, but that’s still unproven.  If the Iranian threat is real, how, where, and when will they do it?  Did the attack on the latest commercial ship suffice for them to be able to claim that they hit back, and save face without treading into deeper waters for which they may be unprepared?  Will they attempt a virtual cyber-attack? Try to hit Israel physically?  Will they target a “soft” Jewish or Israeli target overseas?  All these and others are real possibilities.

Hopefully, as much as they are rattling their nuclear sabers, the Iranians will use good sense.  If Israel really was involved in the Natanz explosion, Iran should be well aware that Israel has the ability to do much more damage.  Also, it’s estimated that if Israel had a hand in the Natanz explosion, the explosive device may have been in place for years.  Maybe a decade or more, waiting for the time that Iran ramped up operation of their centrifuges as they did before the explosion. Iran should question how many other explosives are placed strategically throughout Iran, ready to go boom, and whether it is prepared for the consequences of another such attack.

For some time, Israel has been engaged in what it calls the “war between the wars.”  This has involved what’s publicly claimed by Israel at hundreds of attacks on Iranian and other military targets, particularly in Syria. By targeting Iranian forces and weapons, or Syrian and other Iranian supported outposts, Israel is “mowing the grass.” So, if there were to be another physical attack on Israel itself, would they do it long distance directly, more forcefully, or would it come from one of its puppets in Yemen, Syria, Lebanon, and Gaza?

Use of force from Yemen would be unprecedented, but not impossible.  Israeli intelligence understands that’s a threat on a new front.  Hezbollah has an estimated 150,000 rockets aimed at Israel, and the capacity to launch thousands a day.  Israel has made it clear that a major attack from Hezbollah in Lebanon would unleash a response in Lebanon would be devastating because Hezbollah’s weapons are stored in civilian areas.  It’s only several months since the huge explosion at the Beirut port for which Hezbollah has been blamed.  Taking action could be more damaging than they would be prepared for, even if ordered to do so by their masters in Tehran.

Rockets being fired or other cross border attacks from Gaza are possible, but the ramifications would be significant. As it does with any rocket attack from Gaza, Israel will strike back, on a limited basis, unless a terrorist rocket causes significant casualties.  Palestinian Arab terrorists there may have less to lose because they have long operated on the belief that they win when they inflict casualties in Israel, and when Israeli retaliations inflict casualties in Gaza.

But Israel does factor in collateral damage and casualties among the civilian Arab population.  Israel’s efforts to reduce civilian casualties in Gaza are well documented from the “knock on the roof” to calling residents of a building that’s about to be hit, and massive drop of leaflets in Arabic warning of pending strikes on terrorist targets, even when “hidden” in civilian areas.

Iran may not care about any of this if they choose to engage their puppets. The question is to what extent their puppets will let their strings be pulled, or resist if they worry about the local consequences.

If an attack comes from Gaza, what will the repercussions be on the purported upcoming Palestinian Authority elections?  Will the terrorists avoid, or specifically engage, such a threat?  Yes, even terrorists calculate the potential impact of their actions on political influence and power, though rarely consider the well-being of the civilians for whom they allegedly advocate.

There are many variables as to whether a Palestinian Authority election will take place regardless of anything to do with Iran.  Already, seeds have been sown to blame Israel for something as a pretext for canceling the elections if Palestinian Authority leader Mahmoud Abbas feels a threat to his 15-year hegemony. There are even odds that the election will never happen, but if it does, will Hamas firing dozens of rockets at Israel, risking a more severe Israeli response, help or hurt?  Hamas might stand to gain, leveraging Palestinian Arabs’ suffering.  In an election season, the rival parties would probably not criticize Hamas for causing more suffering because they would look like wimps on fighting Israel.

These and many other factors, and possible targets, underscore the range of issues regarding the Iranian threat to retaliate within their sphere of the Arab and Islamic world. But the threat of and possible impact from an Iranian attack also impacts Israeli elections and the formation of a possible government following the recent election.

If Israel is unable to form a government in the coming weeks and is thrust into an unprecedented fifth election in less than three years, any Iranian threat will become a political issue.  Typically, security is the main issue that rallies Israelis at the ballot box. Israelis vote according to the prospective threats and who can stand up to the threat the best and keep Israel safe.

If there were to be a significant attack and response in the short term, it could play into the hands of the effort by Prime Minister Netanyahu and his Likud party to form a government now, following the most recent election.   Though the voting took place, there’s yet to be a government formed and coalition talks continue. However, when security is threatened, Israelis turn right.  Rockets from Gaza, Lebanon or further away could bring together even the most rivaling of parties. Conversely, Israel responding and it not going well could have the opposite effect.

Netanyahu is sophisticated enough to use this to his advantage.  Some are even suggesting that now, specifically, he is being particularly aggressive, and public, about Israeli actions in, and regarding, Iran.  It’s hard to imagine the depth of this kind of action just for political gain, or to make something up as cover for a “Wag the Dog” scenario, even though he is on trial for various charges of corruption and breach of trust.  If Israel did hit the Natanz nuclear facility, it had good reason.  Israel may also be trying to prevent an all-out war with Iran with carefully targeted strikes. It’s unlikely that Netanyahu chose to do this now, just because of political or his personal legal considerations.  But if the opportunity or need were to come up to hit Iran again, that doesn’t mean he wouldn’t consider leveraging it.

As much as it might bring together right-wing parties, even those who have sworn that they won’t join a government under Netanyahu as Prime Minister, one thing that is likely is that were Israel to strike back, Palestinian Arab terrorists, or Arabs in Lebanon and even Syria, Israel’s Arab parties will most likely take their usual anti-Israel stance and oppose Israel, no matter how much it is justified.  That’s more reflexive than anything else, but could impact government negotiations, or the outcome of yet another election.

Specifically, this year as never before, there’s a willingness for the Islamist Ra’am party to support the formation of a government, even under Netanyahu. But rest assured, as soon as a conflict arises and Israel is forced to hit back at Gaza, Hezbollah in Lebanon, or possibly others, Ra’am would withdraw its support.  Any government relying on that would collapse.

Unlike other operations for which Israel is blamed, but typically makes no comment about, in this case there have been broad enough suggestions that Israel is responsible, and gleeful.  Was that a slip that needs to be investigated, or a deliberate leak in order to send a public message, perhaps particularly as the US and other world powers continue to want to renew the flawed 2015 Iran deal?  Odds are that it was planned for some time and executed when the conditions warranted.  Nevertheless, extra eyebrows were raised as the US Secretary of Defense arrived in Israel just after the incident.  Assuming Israel launched this, was it coordinated with the US like the Stuxnet virus that damaged Iran’s centrifuges a decade ago, or was this a strictly Israeli operation?

Or is this all part of a Netanyahu political power grab, even if the military action was needed and justified?

There are many more questions than answers, and one thing is for sure, the sound of the “boom” that exploded deep underground Iranian nuclear facility will echo far and wide for some time to come. 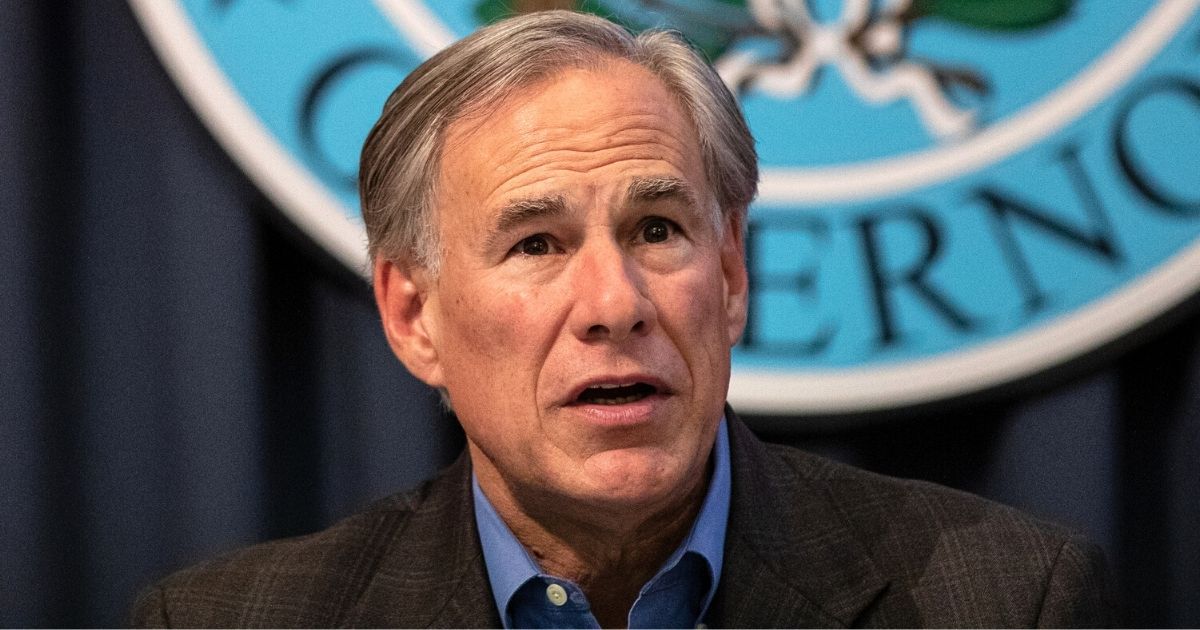