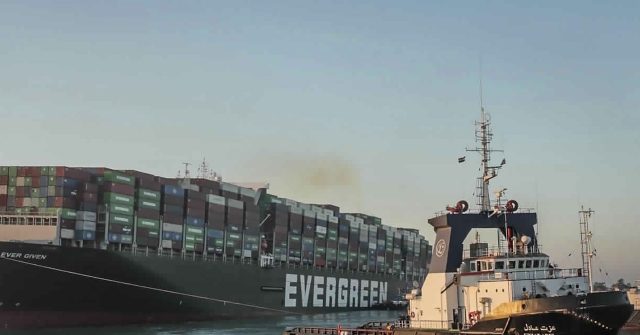 Egypt is refusing to release the container ship Ever Given, which blocked billions of dollars in trade from passing through the Suez Canal from March 23-29, until the ship’s owners and insurers compensate the Egyptian government for losses incurred from the incident.

“The vessel will remain here until investigations are complete and compensation is paid,” Osama Rabie, the chairman of the Suez Canal Authority (SCA), said in a TV interview on April 10.

“We hope for a speedy agreement. The minute they agree to compensation, the vessel will be allowed to move,” Rabie said.

The SCA — an Egyptian state-owned authority that operates and maintains the Suez Canal — seeks compensation for the revenue losses Egypt sustained due to the blockage, as well as the cost of freeing the vessel, which ran aground on one of the channel’s banks on March 23.

The Ever Given blockage shut down the Suez Canal for six straight days, preventing hundreds of freight ships from passing through the waterway and costing billions of dollars in trade losses. Roughly 12 percent of global trade passes through the Suez Canal, which connects the Red Sea to the Mediterranean Sea and serves as the shortest sea link between Asia and Europe. Rabie said at a March 27 press conference that he estimated Egypt’s total losses from the canal blockage at $1 billion. The online shipping journal Lloyd’s List estimated the Ever Given prevented $9.6 billion in goods from passing through the Suez Canal each day, equal to $400 million per hour.

Egypt recruited an international team to free the Ever Given from the Suez Canal after it became wedged inside the waterway during a sandstorm. The team included the Dutch salvage firm Boskalis, which deployed 13 tugboats to dislodge the 200,000-ton container ship from the channel’s bank. The tugboat flotilla was assisted by dredger crews, which removed “30,000 cubic meters of mud and sand from beneath the ends of the ship.” The salvage team finally refloated the Ever Given on March 29 with the help of a supermoon tide after nearly a week of efforts.

“The vessel was towed to the Great Bitter Lake, which sits between two sections of the canal to the north of the salvage site, where it will undergo safety checks,” the BBC reported on March 29. The Ever Given remained in Egypt’s Great Bitter Lake as of April 12 and will continue to be held there until Egypt receives compensation for the damages and losses incurred by the blockage, Rabie told Bloomberg News at a press conference Monday.

Rabie said it was “likely that insurance companies will cover most of the amount associated with the efforts to free the … Ever Given,” adding that he “expects the investigation into why the ship got stuck at the entrance of the canal will be completed by the end of the week.”

“Alan Mackinnon, chief claims officer with the Ever Given’s P&I insurer, the UK Club, said the company expected a claim against the ship’s owner, Japan’s Shoei Kisen Kaisha Ltd., from the canal authorities for possible damage to the canal and for loss of revenues, and separately claims for compensation from some of the owners of the delayed ships,” according to Bloomberg.

“I expect we will get a claim from the Egyptian authorities quite soon and the claims from the other shipowners will trickle in over the coming months,” Mackinnon told Reuters on April 8. 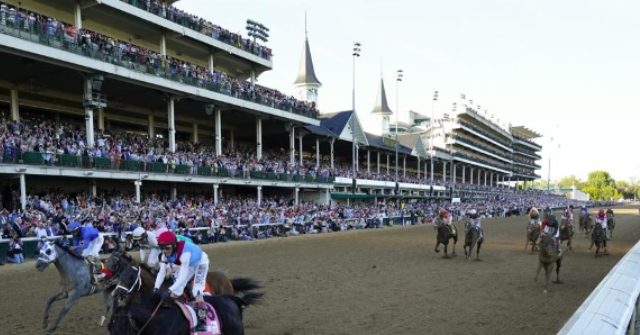