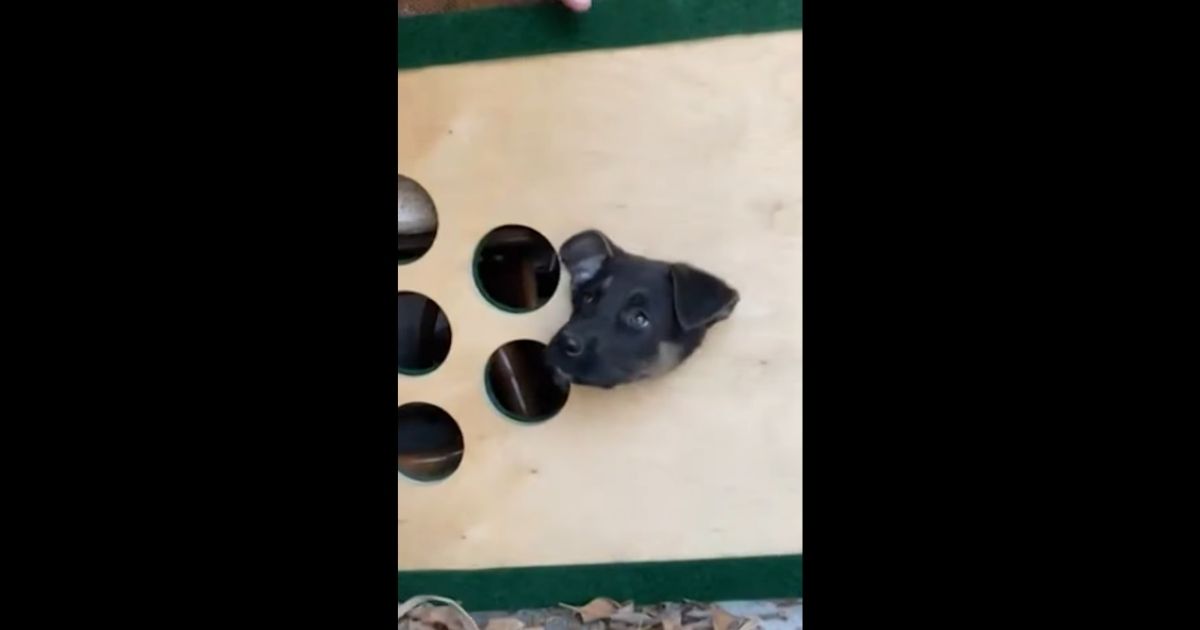 One of the most lovable qualities of puppies is their innocence. They’re pudgy bundles of boundless curiosity, and they have a lot of learning to do.

Their antics are endearing — but they can be worrisome, too. They don’t understand danger or how light-hearted adventuring could end up with a trip to the emergency room.

One 3-month-old cattle dog from California named Lana got her head stuck inside a spare wheel last year, requiring the help of firefighters and their reciprocating saw to be freed.

Another puppy — this time a 6-month-old Rottweiler from Florida named Fifi — got her head stuck in a cinder block in 2019. Again, firefighters were needed, but this time, it took the jaws of life to free the wayward animal.

Most recently, Ace, a puppy from Fair Oaks Ranch, Texas, is joining the club of hopelessly but adorably stuck pups.

Owned by the daughter of resident Kurt Leslie, Ace learned a valuable lesson recently when his shenanigans got him into a world of trouble.

Thankfully, it also wasn’t a world of hurt, and with a little professional help, he was free. But there are photos of the debacle to remind everyone of his misadventure.

It happened on April 2, when the family was outside gardening. While they worked among the plants, 10-week-old Ace decided to try his paw at cornhole.

But he got stuck. Really stuck. Family members tried to get their puppy out of the board, but nothing was working.

Leslie shared photos and the story to the social networking service Nextdoor.

“We had an Ace in the hole!!!” he wrote, according to KENS-TV. “We called our local heroes at the Fair Oaks Ranch Police Department and in moments Officer Michael Maddox was on the scene followed shortly by Officer Amanda Hinojosa.

“It took a few minutes to formulate a plan and the officers sprung into action. With two of us holding Ace and Officer Maddox using his superior saw skills, Ace was liberated from the evil hole.

“Thanks to Officer Maddox and Officer Hinojosa for coming to Ace’s aid.”

With the predicament he got himself into, Ace predictably has gained fans for his adorably puppyish ways.

And with paws like his, no doubt he’ll become far too large to get stuck in a cornhole board any time soon.