Throughout history it’s been the doom of the young to suffer for the folly of the old. There are such parables.

More than any age group, our young people have suffered because of this accursed Red China pandemic; from not being able to meet, mingle, date, play outside, or just plain enjoy growing up, our kids have carried a heavy cross indeed. Perhaps this is nowhere more evident than the suffering they’ve endured at the hands of arrogant, self-centered public employees who are ostensibly charged with educating them.

This past Monday, a group of California high schoolers spoke to Fox about an English teacher of theirs who apparently has more time to rant at her students over Zoom than actually teach. The students described how this paragon of education has belittled them for having contrary political views and attacked their parents for expressing concerns over distance learning. Former students have also told the media this was par for the course in the said half-crazed teacher’s class for some years.

It’s stories like these that make me recline on my porch, sip my wine, gaze at the pure Virginia country sky, and thank God Almighty I sent my sons to military school.

I don’t know what universe exists where public school teachers insulting not only students but also their parents is acceptable. On paper, citizens like you and me pay their salaries. We tell them what to do, not the other way around. But we’ve certainly been living in something close to that alternate universe lately.

The sad truth is that this sort of mentality is all too common not just in public schools, but also the public sector as a whole. Many public employees see themselves on some higher plane of existence despite the taxpayers funding their livelihoods. For the sake of argument, let’s stick to looking at schools.

Even before COVID, parents had to endure the dictates of superintendents and unions in over-bloated school districts who fancied themselves the rulers of their own private juntas. But the pandemic has only made the issue 10 times worse.

Some years ago, a man in Texas flew his airplane into the local IRS offices. Most everyone was lamenting the IRS employees but I thought at the time, “what did the IRS do to this man to make him act so crazy.” Let’s face it, government at all levels does not work and is out of control. Corrupt corporations paying off corrupt government officials make things even worse. Just look at what corrupt solar companies are doing to our landscape by paying county officials under the table. Most public officials used to be honest and honorable. No longer.

If one good thing comes out of COVID, it’s that millions of Americans who weren’t sure already have finally seen corrupt teacher’s unions and public school decadence for the eyesores they are.

Understand that I am not one to lightly demean all educators. I’ve taught many classes on Reagan and presidential history in the past at different colleges, and I believe the instruction of the young is one of the noblest pursuits one can choose for a career. To be sure, there are many, many hardworking public school teachers out there who are good people and who are doing the best they can.

But the kind of arrogance on display in the California situation starts at the top, and many individual teachers have let being teachers go to their heads. Proponents of unions and keeping schools closed will say reopening, even partially, still poses a risk to kids, and that I must want all children and teachers to die a slow, suffocating death by COVID for thinking otherwise.

Hardly, but I could point to a dozen studies over the last year that show just how negatively this distance learning is impacting our children. What’s more (and here’s the dirty secret unions don’t want out there), many private schools, such as the numerous Catholic and Christian private institutions across the country, never fully adopted virtual classes. They had strict safety protocols that I’m sure were not a hundred percent effective, but for the most part kept the show rolling with little to no disaster. Trust me when I say that if there had been a massive, multi-fatality super spreader incident at a Catholic school, the liberal media would have let you know.

Most galling, though, is public teachers’ insistence that they still cannot return to work despite multiple vaccines being available to frontline public workers. That includes, you guessed it, teachers. Let’s face it, they are the 21st century’s Welfare Queens.

The arrogance of those like that unhinged lunatic who somehow got a job in California means that hard working parents will still be paying the bills for these callous, cruel individuals who sit on their hands and get paid for no work while kids sit at home in loneliness and academic squalor.

It’s beyond corrupt, and it’s downright evil. It’s evil because for the sake of feeling in control, millions of our children are being left in the dust. It’s sickening because there are probably dozens of other petty tyrants like the English teacher in California, teachers who believe that by punishing young people who think for themselves and insulting their parents, they as a teacher have power and can play god.

No amount of taxpayer money is worth that sort of garbage.

School choice is a beautiful thing, and we live in a free market society. Frustrated parents from all walks of life can decide how they want their children to be taught. If they really want to stay on the proverbial sinking ship, more power to them! But just remember that when enough parents finally do throw up their hands and walk away in favor of a grounded education, arrogant public employees like the ones holding our children hostage will finally get their due. 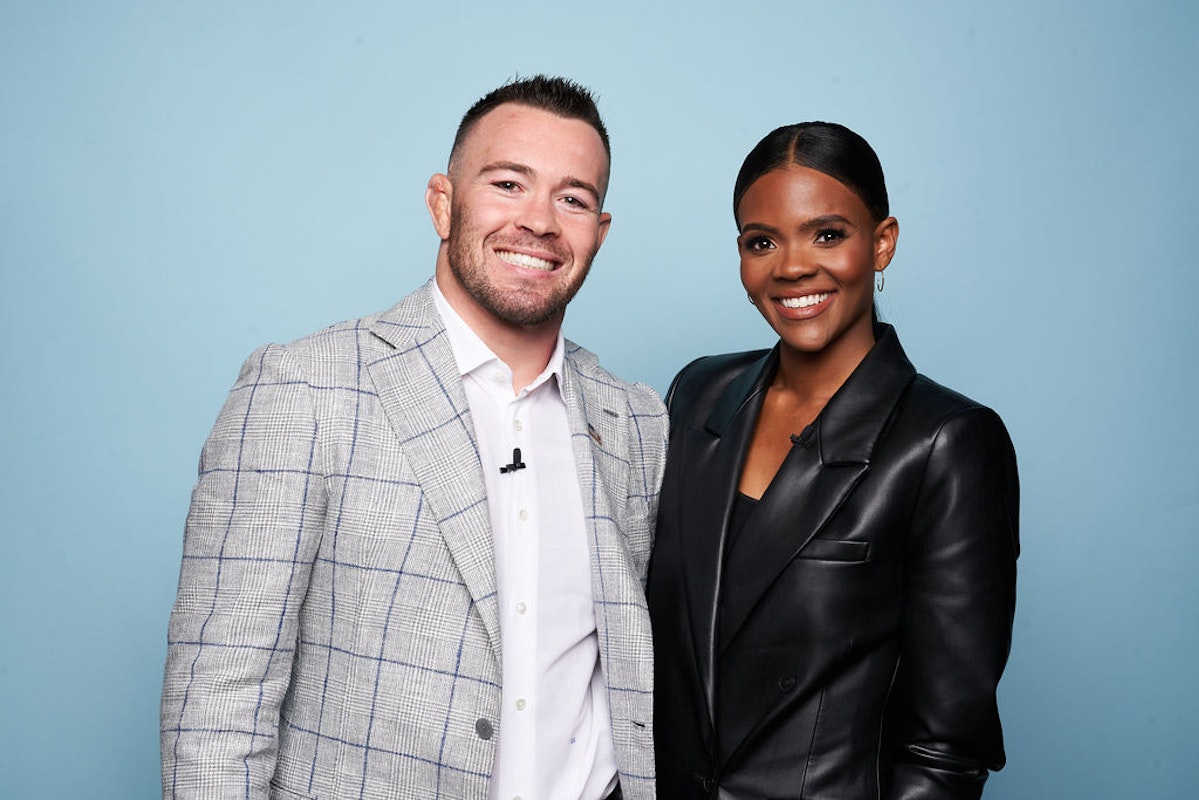 Crowder opens up about the time he learned he was on...