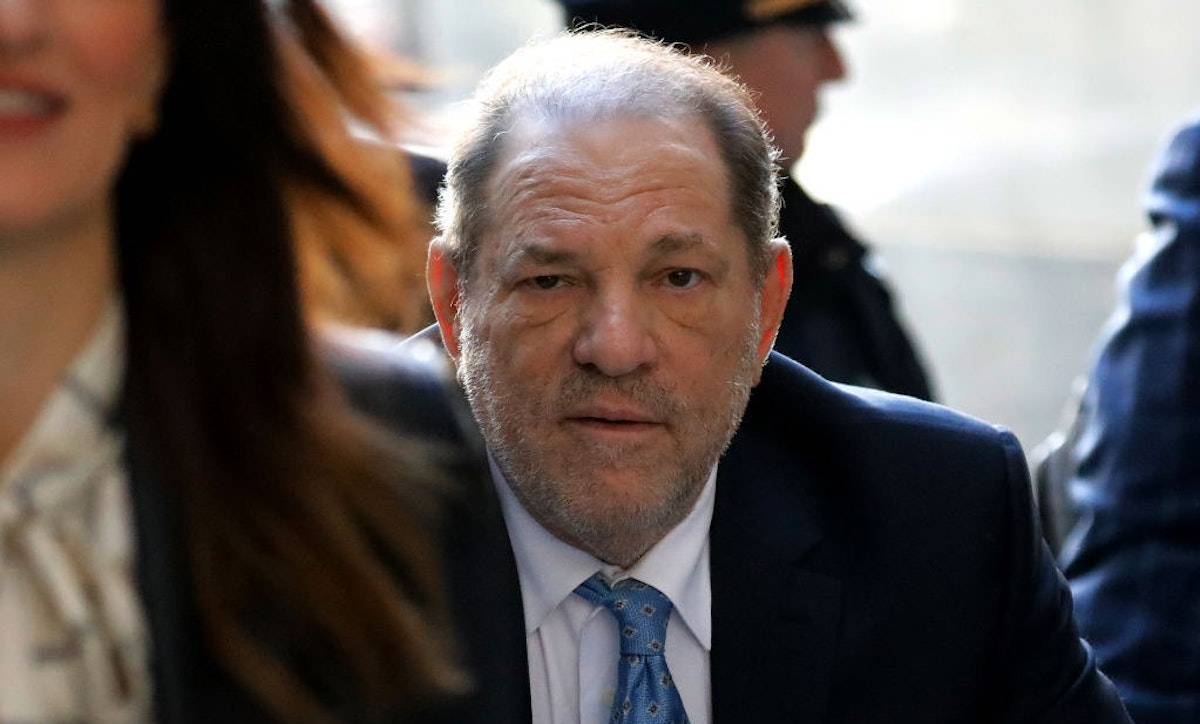 Harvey Weinstein will appear in an Erie County, New York, court on Monday, where he will find out whether he is being extradited to Los Angeles, where a grand jury has reportedly issued a “secret indictment” against the former movie mogul.

“In December 2020, his lawyers and prosecutors agreed to postpone the efforts to send him to California again,” the outlet added.

Weinstein is currently serving 23 years in prison on rape and sexual assault charges in New York — a conviction he recently appealed — but prosecutors in Los Angeles, California, have been looking to pull Weinstein back to California to face similar charges in criminal court there.

Fox News reports that a recent grand jury proceeding, which resulted in a “secret indictment” is expected to facilitate Weinstein’s extradition.

“The indictment is virtually identical to the criminal complaint, which had been filed in January 2020 by former DA Jackie Lacey,” the outlet reported Sunday. “The disgraced movie mogul, who is already serving a 23-year sentence in New York for rape and sexual assault, faces 11 counts in California, including rape and sexual battery involving five incidents that allegedly took place between 2004 and 2013. If convicted, he faces up to 140 years behind bars.”

“LA prosecutors allege that Weinstein raped an Italian model at another Beverly Hills hotel on Feb. 18, 2013, just a day before the attack against Young. The alleged assaults of the other three women all took place at Beverly Hills hotels,” Fox continued.

LA County prosecutors are expected to present the new indictment, along with an arrest warrant, at Weinstein’s Monday hearing.

According to experts who spoke with Fox, the “secret indictment” will “streamline the proceedings” by allowing prosecutors ‘to go straight to trial, rather than doing it under a criminal complaint that would then require a preliminary hearing.”

“This process will eliminate the need for a preliminary hearing which is kind of a minitrial like we saw in the OJ case: there was the trial before the trial,” one defense attorney told Fox, noting that the “secret indictment” process is used only in a handful of cases. “With this move and under the law that allows the borrowed custody, the California state can get custody of the New York’s inmate and must commence trial within 120 days.”

Weinstein’s lawyers are not likely to consent to the extradition and, Fox notes, are expected to ask the court for another extension, citing Weinstein’s recent bout with COVID-19 and his declining health. But, the outlet points out, in order to stave off extradition any longer, Weinstein would need the help of New York Governor Andrew Cuomo, who is in the midst of his own sexual misconduct issue.

Harvey Weinstein appealed his conviction for rape and sexual assault early last week, on the theory that the judge made “several errors” that ultimately denied Weinstein a fair trial, per the BBC.