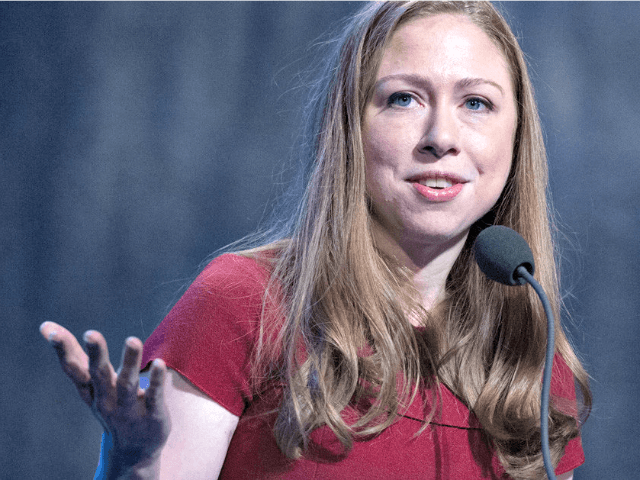 Former first daughter Chelsea Clinton said Thursday on ABC’s “The View” that she agreed with former Speaker John Boehner that the Republican Party had been taken over by “kooks and lunatics.”

Clinton then attributed a recent rise in Democratic Party affiliation to the party being about “business of solutions.”

Co-host Sunny Hostin asked, “Chelsea, after four years of GOP control, a new Gallup poll shows Democrats reaching new popularity. John Boehner was here Monday claiming his party had been taken over by, quote, ‘kooks and lunatics’ who wanted to blow up Washington. Do you agree that’s why we’re seeing this swing to the Democratic Party?”

Clinton said, “I think we’re seeing more Americans join the Democratic Party because we’re in the business of solutions. We hear every day from the White House kind of what their plans are on infrastructure. Infrastructure is repairing our bridges and tunnels. It’s also supporting the care in our country. Too often, the men and women who provide care for older Americans and youngest Americans aren’t sufficiently compensated and protected. It’s the infrastructure of high-speed internet. It’s the necessary infrastructure that is not only climate-smart but hopefully, will help do more than stop climate change, but really preserve our environment long into the future. I think it’s more that Americans are responding to that, to prognosis pragmatic solutions. That being said, I would agree with former Speaker John Boehner’s diagnosis of what has gone wrong, but the also opportunities for what can go right moving forward.”