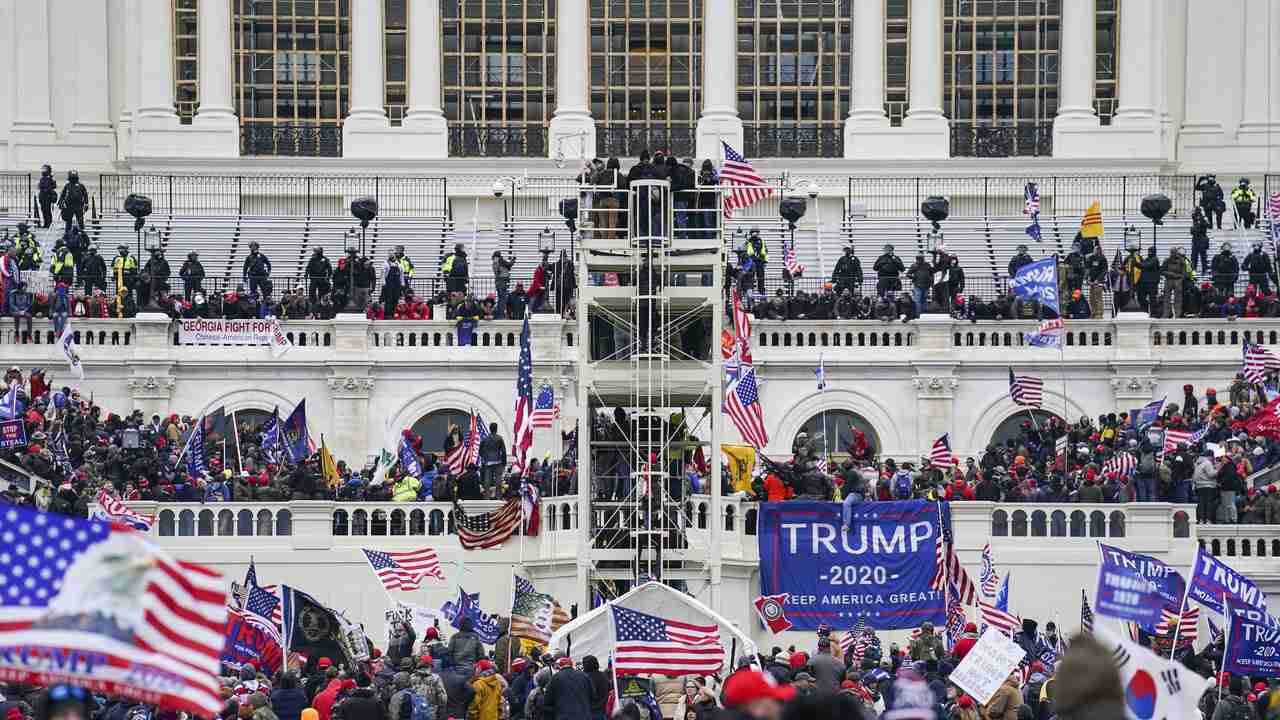 Okay, let’s say out loud what the regime doesn’t want said – there was no insurrection.

Despite the rending of garments and gnashing of teeth, the fracas on Capitol Hill was barely a brawl – what if they gave an armed insurrection and nobody showed up with arms? It certainly was not even close in damage, violence, or casualties to the routine BLM/Antifa rioting last year – rioting the Democrats tacitly supported. But these rioters were not allies of the elite, and the elite felt threatened, and so we’re now all supposed to accept – without bursting into laughter – that this was the worst thing in the history of ever.

George Will, who we were all surprised to find still offers his fussy insights to those few elderly network TV viewers who still remember who George Will was, pronounced this nothingburger to be on par with 9/11. Well, he does seem like the excitable sort, and all those uncouth ruffians on the TV in their red hats and denim must have left him literally shaking. Remember, at one time George Will was taken seriously by serious people – really.

1/6 > 9/11? Yeah, no. It’s hard to formulate a response to something so inane without profanity. You could observe, for instance, that 3,000 people were murdered on 9/11. You could also observe that, unlike with the Capitol Hill thing, we know who did the killing on 9/11. And you could observe that 9/11 resulted in a war that we are still fighting and – thanks to the woke jokes who now control our military – are still losing.

I guess there’s sort of a war going on against those naughty “extremists,” a term that is defined as anyone who rejects the current regime, like you. The FBI is constantly tweeting out grainy pics of vicious trespassers and asking for help from narcs and stoolies when it’s not breaking down the wrong doors chasing alleged laptop liberators. It would be nice if maybe these ace gumshoes devoted a comparable amount of time to stopping some of the mass shooters who inevitably seem to have been known to the Bureau beforehand. Just a thought.

It’s unclear who still cares about this ancient history except for licensed, registered journalists and blue check lackeys on Twitter. Maybe Democrat polling says it’s useful – get Lumpy Luntz on that pronto. Regardless, the Democrats and their adjuncts in the stubby Cheney-Kinzinger-Fredocon wing of the GOP can’t let their insurrection go. Their media toadies pimp it non-stop, as if Americans drive by their local Chevron and think, “Gee, that’s pricey, but what really bothers me is that darn insurrection. At least there are no mean tweets.” Of course they want to talk about a minor tussle from months ago – would they want to talk about inflation, or the border, or the fact that China is laughing at us instead?

The Democrats are now demanding a commission to investigate this most investigated of events – but not their friends’ year of rioting. That rioting doesn’t count, because they don’t care if your neighborhood burns. But they saw this riot-ette as a threat to their power. And it’s hilarious not just to see them try to hype it into Civil War 2: The Trespassers Strike Back and to wrap themselves in phony patriotism. You know, I was informed – by the Democrats – that America is a racist country built on racism and more racism, so shouldn’t patriotism be…bad? In their calculation, wouldn’t traitors be…heroes? And wasn’t I also told – by them – that the 2016 election was stolen by Trump, yet it’s now driving a stake into the heart of democracy to believe the 2020 election was rigged? Did the election system suddenly get completely fixed during the four years in between ’16 and ‘20…when Trump was president? You know, it’s not just the hypocrisy that annoys me – it’s all the effort you have to invest to try to keep their everchanging lies straight.

At least some of the usual dim bulbs in the GOP, the norms n’ rules crew that perpetually steps on the Dems’ rakes, have figured out what this is – a chance to distract from the total failure of the Asterisk *dministration to vault over even the low bar set by Jimmy Carter. Can you imagine these goofs getting their commission, holding court as if this was the most significant incident in American history, intoning their cliches, and leaking and lying just like they did with the prior fake frenzy about Trump and Russia?

Spoiler: They’re going to blame Trump, conservative politicians, and you. There, no need for a commission – that’s the end result.

If you think we’ll find out who the mystery cop who killed Ashli Babbitt is, think again – they’ll probably give him a medal. Maybe we can see the video footage the government is hiding – because you know that if it was useful, it would have been released by now. Maybe they can explain how people are trespassing when the police let them in…to a public building. Maybe we can find out why Antifa/BLM rioters got their charges dismissed but those loitering on Capitol Hill get felony charges and denied bail. And maybe Jen Psaki can circle back and explain how zero is a number when explaining how her statement that a number of officers were killed is not a total lie.

Fortunately, McConnell sees through this, so it’s probably not going to happen – despite Miracle Whip Mitt again betraying the GOP. The media will just have to pull George Will out of the cupboard, rehydrate him, and set him to talking again about how this was the worstest of the worst thing to ever happen. But no one’s listening.

Conservatives Must Stand Together and Fight. Join Townhall VIP. And Check Out Last Week's Stream of Kurtiousness, Leftists Get a Healthy Dose of What They Deserve.

My sixth Kelly Turnbull action thriller, The Split, is coming. Get my most recent bestseller, Crisis as well as my other four novels about what happens when America splits into red and blue countries, People's Republic, Indian Country, Wildfire, and Collapse!