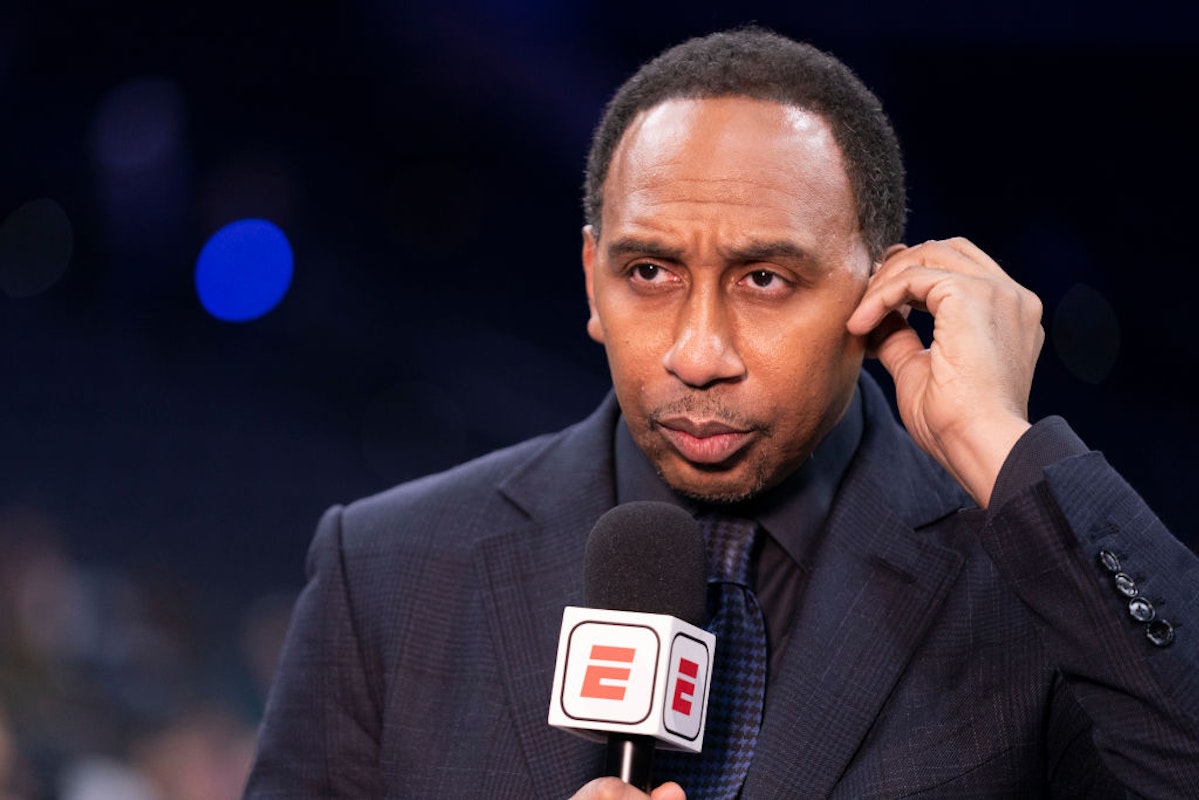 Stephen A. Smith of ESPN has a certain way of getting under people’s skin. He’s loud, he’s obnoxious, and my goodness, is he opinionated. His stance on topics ranging from sports, to culture, to politics, can be infuriating, but he isn’t afraid to go against the woke Left when necessary.

On Tuesday, Kyrie Irving of the Brooklyn Nets — no stranger to getting involved in conversations outside of sports — discussed his upcoming return to the Boston Celtics arena and the kind of reception he expects.

“It’s not my first time being an opponent in Boston so I’m just looking forward to competing with my teammates and hopefully we can just keep it strictly basketball,” Irving told reporters Tuesday. The seven-time all-star went on to say he hoped “there’s no belligerence or any racism going on, subtle racism and people yelling sh*t from the crowd. But even if it is, it’s part of the nature of the game and we’re just gonna focus on what we can control.”

Asked whether he has experienced racism in Boston in his playing career before, Irving said, “I’m not the only one that could attest to this, but it is what it is.”

Irving played for the Celtics from 2017-2019, before shunning Boston in free-agency for the Nets. He should expect a rude reception from the Boston faithful, but any player of any skin color should expect righteous indignation from a fanbase that feels betrayed.

Smith agreed, and had quite a bit to say on Irving’s answer on ESPN’s “First Take.”

Smith went on to discuss Irving’s role in the potential backlash he’ll face Friday night for game three of the Nets vs Celtics first round playoff series.

“And if you’re Kyrie Irving, here’s why you’re wrong: He’s negating his role in the vitriol he’s received — and he’s anticipating receiving — from the Boston fans. It was Kyrie Irving two years ago — October 4th if I remember correctly — Brian Scalabrine [former Celtic] was hosting some event for the Boston Celtics fans,” Smith said. “It was Kyrie Irving, sitting there next to Gordon Hayward, sitting next to Al Horford at the time … Kyrie Irving stood up before the crowd and said ‘I have every intention of re-signing with this team. If you’ll have me.’ And then he got up and left. Might that not have something to do with them disliking you?”

“You are now the enemy because you decided to depart from them to go to another team as a free agent.”

Smith acknowledged the history of black players receiving less than stellar — racist even — receptions from the passionate Boston sports fans, but he refused to let Irving off the hook.

“Sure you can make a case there has been some things that have been spewed in Kyrie’s direction. I have no doubt about it. Racially insensitive, racist even,” Smith continued, “But that doesn’t speak for the entire city of Boston. And more importantly, I don’t care who you are. You are white, you are black, if you ain’t a Boston Celtic and you’re about to go against the Boston Celtics, whatever they find to talk about you that they believe has the potential to get under your nerves, they will do that.”

“This was not the place or the time to bring up that, when there’s a history that shows they’re getting at you, strictly for basketball reasons,” Smith said. “Not because you’re Black!”

The Nets and Celtics play game three of their series Friday at 8:30 p.m. EST.

Joe Morgan is the Sports Reporter for The Daily Wire. Most recently, Morgan covered the Clippers, Lakers and the NBA for Sporting News. Send your sports questions to [email protected].