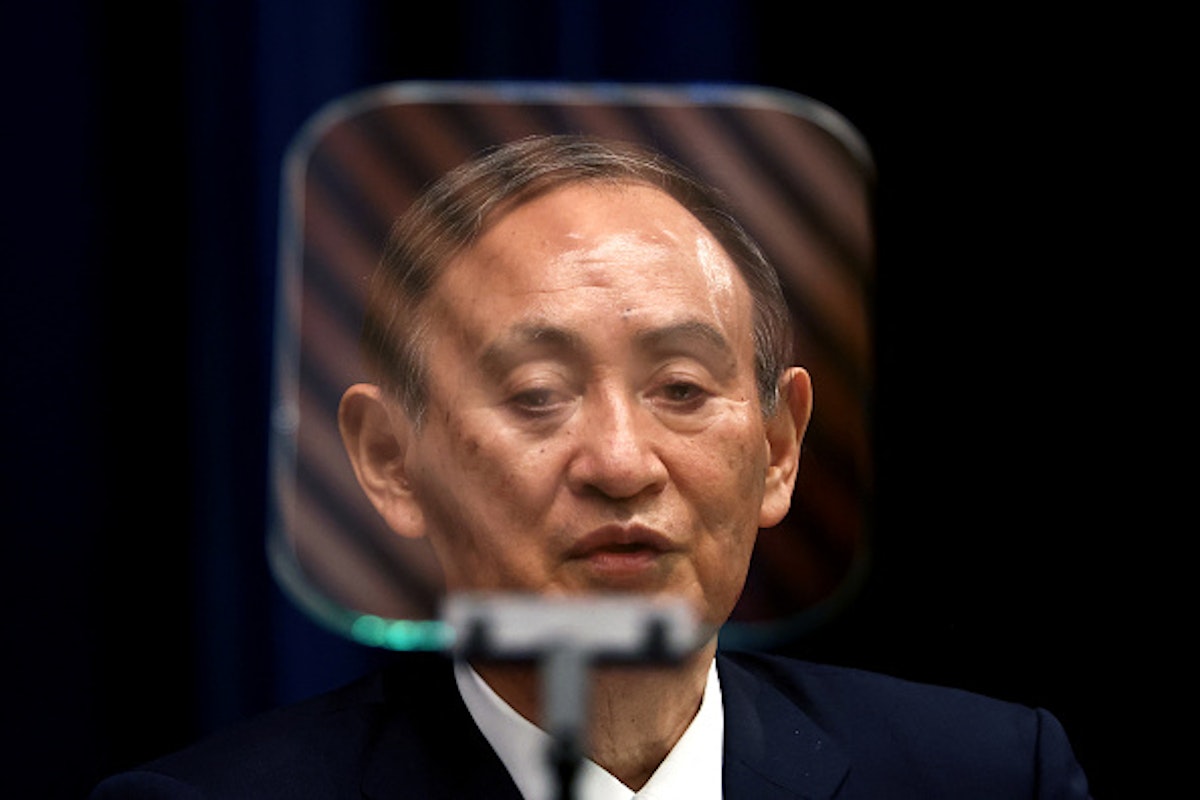 Japanese Prime Minister Yoshihide Suga, leader of the Liberal Democratic Party, sparked an uproar of Chinese outrage this week when he referred to Taiwan as a country.

According to Newsweek, Suga listed Taiwan alongside Australia and New Zealand as countries that took strict measures to protect against COVID-19 during a face-to-face meetings with opposition leaders in his country.

“The prime minister’s comments in the National Diet were broadcast on national television, with China’s increasingly nationalistic social media demographic soon demanding a firm response from the government for Suga’s apparently inappropriate word choice,” reported Newsweek. “Suga ‘broke Japan’s long-standing promise not to regard Taiwan as a country,’ China’s foreign ministry spokesperson Wang Wenbin said at a daily press briefing on Thursday. China expresses its ‘strong dissatisfaction with the erroneous remarks’ and has ‘lodged solemn representations’ with Tokyo, said Wang. ‘China demands that Japan make an immediate clarification to undo the harm already caused, and guarantee a similar incident will never happen again,’ he added.”

Wang stressed that Taiwan “concerns the political foundation of China-Japan relations” while calling on Tokyo to “earnestly keep its promise, be cautious with its words and actions, and not to damage China’s sovereignty in any way.”

After resuming diplomatic ties with China in 1972, Japan has said it would regard the country’s position on Taiwan with “understanding” and “respect.” Tokyo officials often refer to Taiwan as a “region” instead of a country. As Newsweek noted, however, Japanese officials have recently started referring to Taiwan as a country, perhaps as a sign of dwindling relations.

“Wednesday’s Diet session, however, also saw opposition leader Yukio Edano, of the Constitutional Democratic Party of Japan, use the word ‘country’ when mentioning Taiwan,” added Newsweek. “On June 3, Japan’s Foreign Minister Toshimitsu Motegi did the same while discussing Tokyo’s donation of 1.24 million AstraZeneca vaccine doses to help the island curb its current COVID-19 outbreak. Given the typically cautious manner in which Japanese officials conduct diplomacy, foreign policy analysts in Taiwan have said this signals a clear shift in the way Tokyo views its relationship with China, which regularly demands that governments, businesses and even celebrities refrain from associating Taiwan with statehood.”

The Chinese-Taiwan controversy reached the United States last month when wrestler-turned-actor John Cena apologized to the Chinese government for referring to Taiwan as a country prior to the release of “F9.”

“Hi China, I’m John Cena. I’m in the middle of Fast and Furious 9 promotions. I’m doing a lot of interviews. I made a mistake in one of my interviews. Everyone was asking me if I could use Chinese – [movie] staff gave me a lot of information, so there was a lot of interviews and information,” he said in a video posted to the Chinese social network Weibo. “I made one mistake. I have to say something very, very, very important now. I love and respect China and Chinese people. I’m very, very sorry about my mistake. I apologize, I apologize, I’m very sorry. You must understand that I really love, really respect China and the Chinese people. My apologies. See you.”

Related: ‘F9’ Crashes At The Chinese Box Office Despite Apology From John Cena