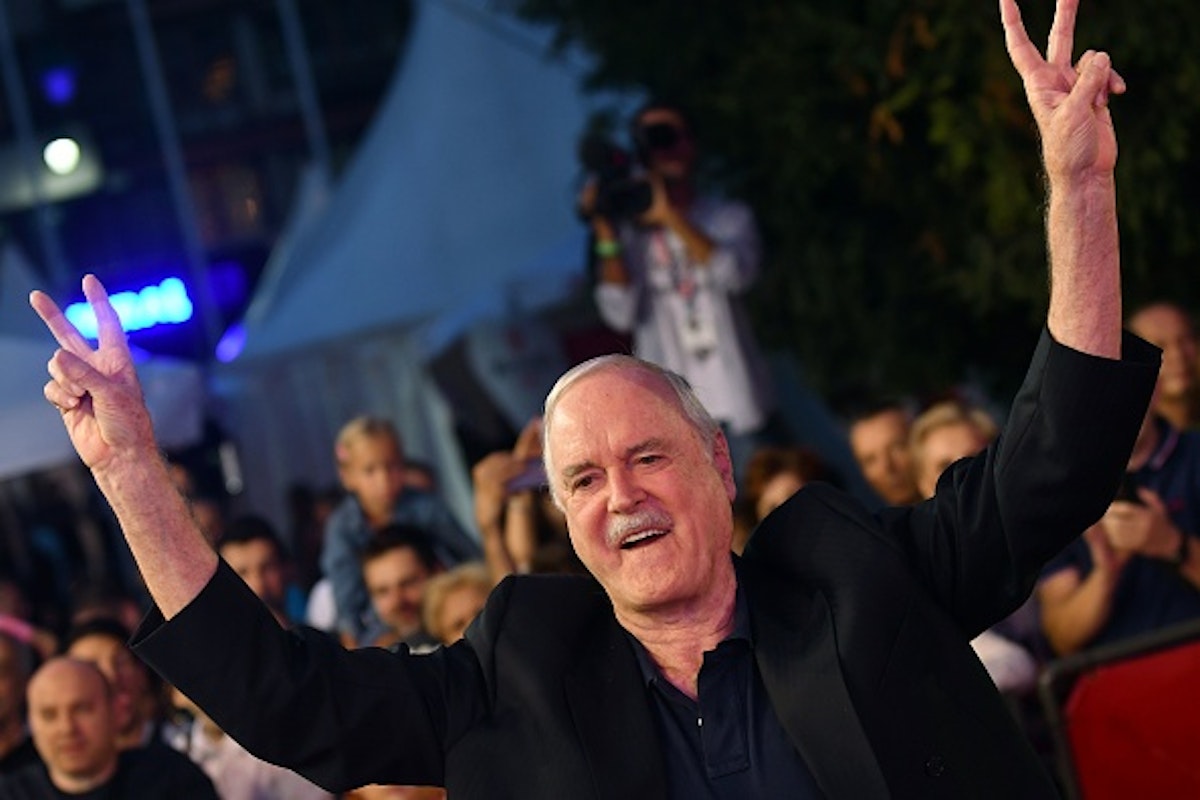 Never one to embrace political correctness or woke culture, “Monty Python” legend John Cleese mocked actor Hank Azaria for apologizing to every Indian American for voicing the beloved character Apu on “The Simpsons.”

In a tweet on Tuesday, Cleese said that he now apologizes for ever having mocked English-speaking people in his past sketches.

“Not wishing to be left behind by Hank Azaria, I would like to apologise on behalf on Monty Python for all the many sketches we did making fun of white English people[.] We’re sorry for any distress we may have caused,” he tweeted.

Not wishing to be left behind by Hank Azaria, I would like to apologise on behalf on Monty Python for all the many sketches we did making fun of white English people

We're sorry for any distress we may have caused

Speaking on the “Armchair Expert” podcast with host Dax Shepard earlier this week, Azaria said he finally stepped away from the role of Apu after attending several seminars and learning from other people about how the character hurt them.

“I was speaking at my son’s school, I was talking to the Indian kids there because I wanted to get their input,” Azaria said, as reported by The Hollywood Reporter. “A 17-year-old … he’s never even seen The Simpsons but knows what Apu means. It’s practically a slur at this point. All he knows is that is how his people are thought of and represented to many people in this country.”

Azaria told the boy that he apologized and that he promised to convey to Hollywood that how they portray certain people matters in the real world.

“I really do apologize,” Azaria said. “It’s important. I apologize for my part in creating that and participating in that. Part of me feels like I need to go to every single Indian person in this country and personally apologize. And sometimes I do.”

In recent years, some on the Left have attacked “The Simpsons” character Apu, alleging he perpetuated Indian stereotypes. Spearheading the attack was documentary filmmaker Hari Kondabolu, who created a full-length film about Apu’s problematic nature. Initially, “The Simpsons” creator Matt Groening dismissed his critics in an episode where the character Lisa told the critics to take their outrage elsewhere; however, as time went on, the show eventually dropped the beloved character months after Hank Azaria issued his first apology.

John Cleese has been an outward opponent of cancel culture and its attacks against free speech. Speaking with Reuters this past July, Cleese said that cancel culture, often fueled by political correctness, “misunderstands the main purposes of life, which is to have fun.”

“Everything humorous is critical. If you have someone who is perfectly kind and intelligent and flexible and who always behaves appropriately, they’re not funny. Funniness is about people who don’t do that, like Trump,” he said.

Cleese added that political correctness creates a problem for comedians because they “have to set the bar according to what we are told by the most touchy, most emotionally unstable and fragile, and least stoic people in the country.”

Related: Hank Azaria Apologizes To Every Indian For Voicing Apu: The Character ‘Is Practically A Slur’

NSA Reveals in FOIA Response that the FBI Involved in “Improper Surveillance” of 16,000 Americans