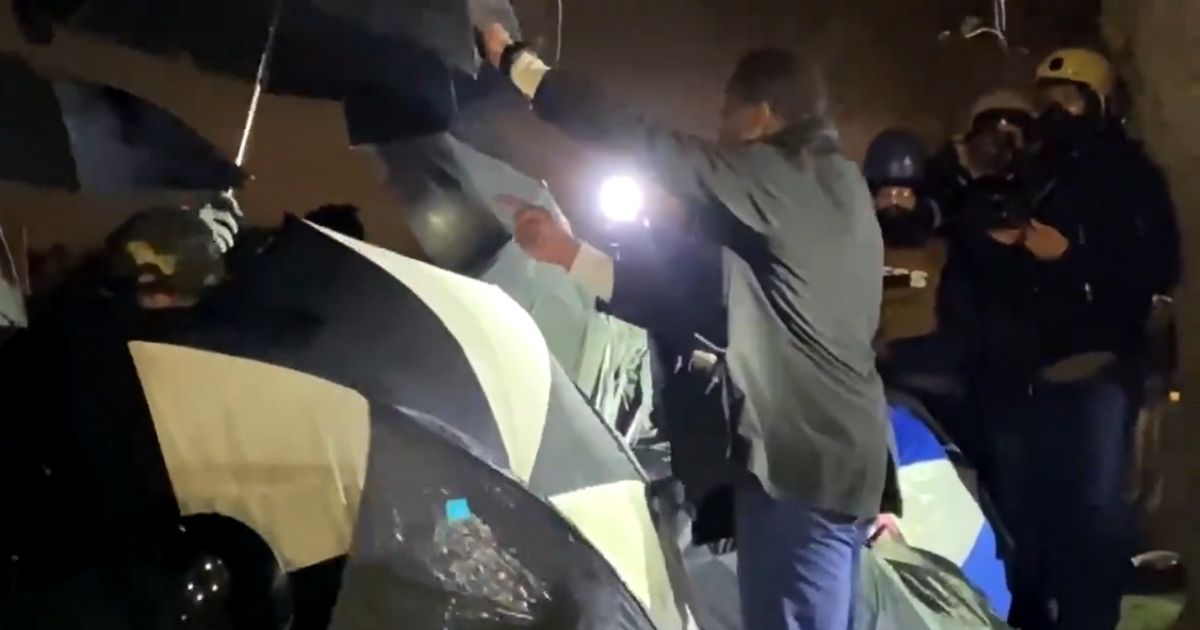 One man stood between violent leftist agitators and a line of riot police in the Minneapolis suburb of Brooklyn Center on Wednesday night and excoriated the unfathomable hate demonstrated by his fellow Minnesotans.

In a video shared on Twitter by independent journalist Brendan Gutenschwager,  the man can be seen confronting a packed crowd of masked militants, each geared up for a violent confrontation with police in the aftermath of the accidental shooting death of Daunte Wright by a Brooklyn Center police officer.

In the footage, the man can be seen physically placing himself between the agitators and the police, forcibly lifting up the umbrella that one protestor was using as a shield and yelling.

WARNING: The following videos contain vulgar language that some viewers may find offensive.

“Don’t you dare start this s***” A man briefly tried taming the line of umbrellas, standing between them and police and discouraging agitation of the police #BrooklynCenter pic.twitter.com/V0qNdrqpyV

Shaking with rage and disappointment for the utter chaos that has overtaken the city, the man both condemned and pleaded with the militants not to bring further violence to Brooklyn Center.

His hopes went unanswered, however, and an agitator with an umbrella was heard shortly after yelling that “there’s no such thing as peaceful” before the video abruptly ended. The violence resumed that evening.

It is unclear who the man is or why he chose to come between the rioters and the police. It is not hard to fathom why a decent American would feel compelled to take such an action, however.

The Twin Cities area was engulfed in violence for much of last year following the death of George Floyd in Minneapolis police custody. Those riots cost the nation upward of $2 billion and resulted in 25 deaths, according to the nonprofit Armed Conflict Location & Event Data Project.

The video of the unknown man’s actions in Brooklyn Center captures perfectly the vitriol and hypocrisy that so define the modern left.

This was a man clearly trying to do the right thing, trying to bring peace back to his community so that it might live and mourn and improve. It was an incredibly brave thing to do.

Unfortunately, it did absolutely nothing.

RELATED: If White Supremacists Are Everywhere, Why Did the ‘White Lives Matter' Rally Flop?

Rather than step up and reach out to one another and try to understand the myriad perspectives and problems that so complex a community necessarily has, leftist agitators have repeatedly used Wright’s death to incite violence against police. Thus far there have been numerous instances of blunt objects being hurled at officers, and video has captured rioters shooting fireworks at them.

Indeed, before the chaos of the night, before that lone man ever came to confront the bad actors in his community, the leftists made their ultimate agenda clear. Such was demonstrated in a video shared on Twitter by journalist Andy Ngo, depicting agitators marching around the Brooklyn Center police station while waving a pig’s head on a stick.

Brooklyn Center, Minn.: An anti-police protester holds a severed pig head in the air that has been impaled with a pole. #DaunteWright #BLM pic.twitter.com/3Fzv5TluSt

It is incredibly difficult to know how to move forward in the face of such mindless hate and violence, and much more so to act accordingly. It seems, at times, impossible to comprehend how one ought to create positive cultural change in America given all this rancor and violence.

But the video of one man, standing alone against the masses for what is good and right, might be a start. 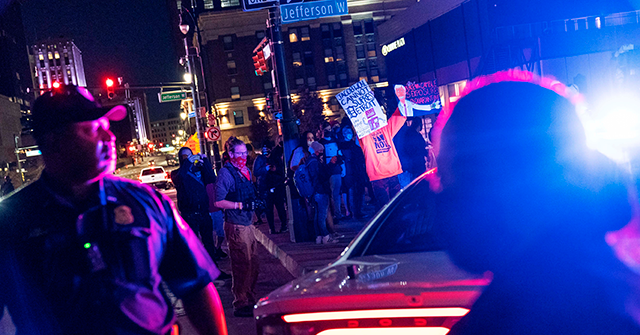