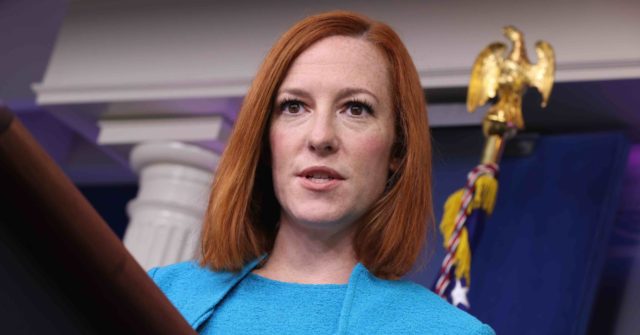 A reporter asked Psaki about those comments, and whether President Joe Biden would keep her in her position (transcript via White House, emphasis added):

Q Thanks, Jen. The U.S. Ambassador to the U.N., Linda Thomas-Greenfield, talking to her group on Wednesday, said that white — essentially said that white supremacy is woven into our founding documents and principles.

Now, this statement is getting widely criticized as essentially parroting Chinese Communist Party talking points. So is the President going to remove her from her position as the representative before that body to promote United States values?

MS. PSAKI: Is the President going to remove an African American woman with decades of experience in the Foreign Service who is widely respected around the world from her position as ambassador to the U.N.? He is not.

He will — he is proud to have her in that position. He — she is not only qualified; he believes she is exactly the right person in that role at this moment in time.

I have not seen her comments. I will say that there’s no question that there has been a history of institutional racism in this country, and that doesn’t require the U.N. Ambassador to confirm that.

Q So that’s essentially the same lecture, though, that the Chinese delegation gave Secretary Blinken in Alaska last month. So does the President think our founding documents are racist?

MS. PSAKI: I would say that I will — I will leave my comments to speak for themselves. And, certainly, I think most people recognize the history of systemic racism in our country, and she was speaking to that.

President Joe Biden, who began his political career opposing the mandatory integration of public schools, ran in 2020 on a promise to “rip the roots of systemic racism out of this country.”

Joel B. Pollak is Senior Editor-at-Large at Breitbart News and the host of Breitbart News Sunday on Sirius XM Patriot on Sunday evenings from 7 p.m. to 10 p.m. ET (4 p.m. to 7 p.m. PT). He is the author of the recent e-book, Neither Free nor Fair: The 2020 U.S. Presidential Election. His recent book, RED NOVEMBER, tells the story of the 2020 Democratic presidential primary from a conservative perspective. He is a winner of the 2018 Robert Novak Journalism Alumni Fellowship. Follow him on Twitter at @joelpollak. 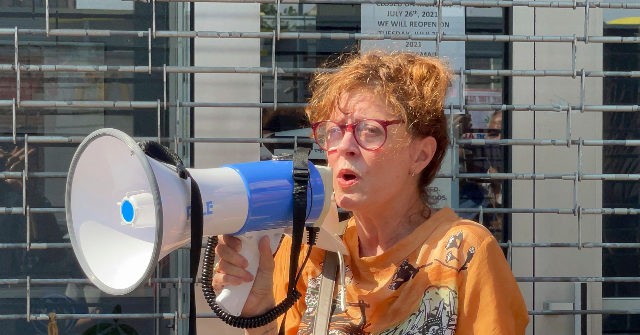