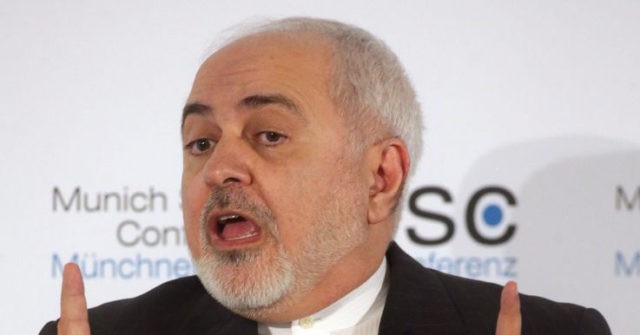 The power cut on Iran’s Natanz nuclear facility Sunday, which Iran blamed Israel for and said was an act of “nuclear terrorism,” will set back Tehran’s nuclear program by nine months, according to U.S. intelligence sources.

Iranian Foreign Minister Mohammad Javad Zarif on Monday said Israel was behind the cyberattack and vowed his country would “take revenge on the Zionists.”

Hours before the attack on Saturday, Iranian President Hassan Rouhani ordered the operation of IR-6 and IR-5 centrifuges — advanced centrifuges that are capable of enriching uranium at far greater speeds.

U.S. intelligence told the New York Times the attack caused an explosion that destroyed the power supply to the centrifuges manufacturing enriched uranium, and it would take at least nine months to restore production. The sources added Israel was likely behind the attack.

Israel has not commented on the matter.

Iran throws around its weight now that China Joe is in the White House https://t.co/KolJs9HWkb

Shortly after the incident, Iran’s envoy to the ongoing nuclear talks in Vienna, Abbas Araqji, said “we have no intention of stopping the enriching of uranium to 20 percent and the use of advanced centrifuges.”

Israel is said to have been behind several unexplained explosions at the Natanz facility that were similarly estimated to have set back Iran’s nuclear program several months.

As you know, the US-Israel defense partnership has continually expanded over successive administrations and our cooperation is crucial in dealing with the many threats confronting both the United States and Israel. In the Middle East, there is no threat more dangerous, serious and pressing than that posed by the fanatical regime in Iran.

Mr. Secretary, we both know the horrors of war. We both understand the importance of preventing war. And we both agree that Iran must never possess nuclear weapons. My policy as prime minister of Israel is clear — I will never allow Iran to obtain the nuclear capability to carry out its genocidal goal of eliminating Israel. And Israel will continue to defend itself against Iran’s aggression and terrorism.

In January, Iran announced it was enriching uranium at 20 percent purity, constituting a serious violation of the 2015 nuclear deal.

Once 20 percent purity is reached, it is a short technical step for centrifuges to obtain weapons-grade 90 percent enrichment or even higher.