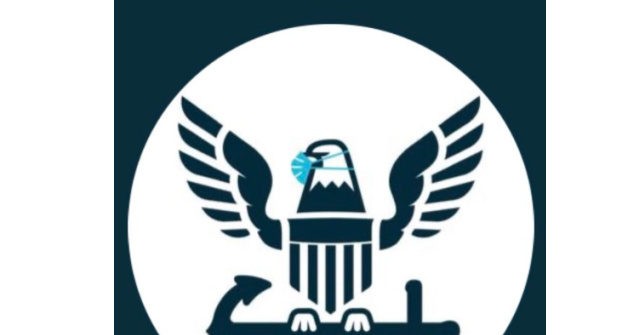 Newsmax TV host John Cardillo tweeted: “The eagle in the @USNavy’s logo is wearing a mask. China, Iran, and Russia are pissing their pants laughing at us.”

The eagle in the @USNavy’s logo is wearing a mask.

China, Iran, and Russia are pissing their pants laughing at us. pic.twitter.com/TLPNMWVmom

Journalist Ian Miles Cheong also brought attention to the Navy’s decision, tweeting, “Why did they give the eagle a mask?”

Why did they give the eagle a mask? pic.twitter.com/tBztQJEqqk

The masked eagle logo — seen as virtue signaling by critics — comes amid a growing culture war between conservatives and progressives that risks entangling the military.

The Navy recently emphasized in its anti-extremism training materials that the military is “apolitical,” as previously reported by Breitbart News. A training slide said:

Our Military is Apolitical | Non-Political
 The military as an institution is only effective if we have the trust of the public.
 Our Constitution firmly establishes that the military is subordinate to civilian leadership — regardless of political party.
 Therefore, we are an APOLITICAL (non-political) institution and must remain vigilant in preserving our reputation as an APOLITICAL (nonpolitical) body

However, after a number of military leaders — mostly from the Army and the Marine Corps — slammed Fox News show host Tucker Carlson for arguing the U.S. military was focused on accommodating women while China was focused on growing its military and making its young men more masculine, conservatives decried what they viewed as a bias against conservatives.

Mask wearing has become a controversial political issue. A December 2020 poll by the Kaiser Family Foundation showed that 87 percent of Democrats said they always wear a mask out of the house, compared to 55% of Republicans. Multiple red states, such as Texas, have lifted their mask mandates, according to the AARP. Currently, 28 states, cities, or territories still have mask mandates, many of them blue states.