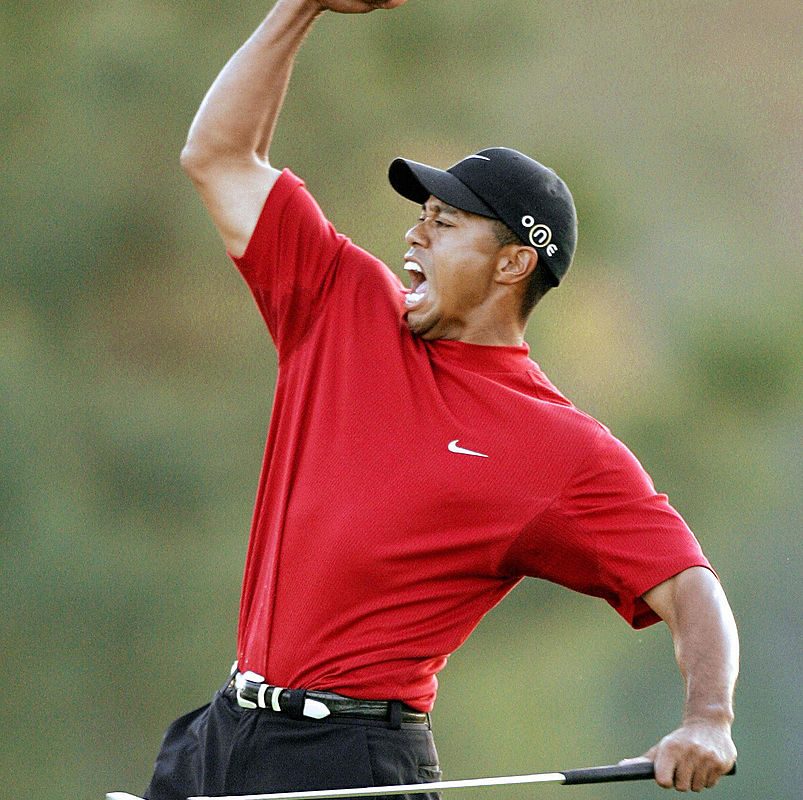 When the storyline of the weekend doesn’t involve an actual competitor in the tournament, you know you’re in trouble.

Let’s get it out there early — the 85th playing of The Masters at Augusta National Golf Club was a snoozefest.

The first two rounds of the tournament were overshadowed by news that Tiger Woods’ speeding most likely caused the horrific car crash in Los Angeles which left him with a badly broken leg and other injuries. It wound up being the most interesting headline of the weekend.

Golf has long been a niche sport. It’s often a sport for those who can no longer compete in more strenuous athletics. Ever notice how often thirty-somethings become obsessed with the sport? It’s slow, monotonous and time-consuming. It lacks the necessary zip that comes with other sports.

The fifteen-time Major champion introduced a generation of new fans to the sport. Woods was brash, overly-competitive and could bomb it a mile down the fairway. As he aged, his mere presence at any tournament brought throngs of fans to the course. Woods’ miraculous return to winning in 2019 set the golf world on fire.

There was no fire at Augusta this weekend. Not even a hint of smoke.

Hideki Matsuyama started the final round of The Masters with a 4-stroke lead, which at one point on the final day of play Sunday, ballooned to a nearly insurmountable 6-shot advantage. And while golf will make you hold your breath even when a tournament is virtually over, the finish was anticlimactic at best.

Will Zalatoris, the 24-year old first-time Masters participant, finished 1-stroke back of the winner and made for interesting headlines, but the initial 4-stroke deficit was too much for him to overcome.

The most interesting moment of the final round came on the 15th hole in regulation. Mastuyama, with a 4-stroke lead, went for the green in two on the par-5. His ball bounced hard off the back of the green and into the pond on the 16th hole, but Matsuyama recovered nicely and avoided potential disaster by walking away with a bogey 6. His playing partner, Xander Schauffele birdied the 15th to cut the lead in half, and for a brief moment, we thought we had a tournament. But that exciting thought came to a swift end.

On the par-3 16th, Schauffele all but secured Matsuyama’s first green jacket by putting his tee shot into the water. He wound up with a triple-bogey 6.

The lead was so insurmountable, that even with Matsuyama bogeying three of his final four holes, there would be no drama on the 18th green.

Matsuyama became the first Japanese national to win a major. His first Masters victory comes ten years after finishing as the best amateur at Augusta National. It was the main storyline in an otherwise dull weekend of golf.

The victory means a great deal for the nation of Japan, with a new hero for the already golf-crazed nation. But even as Matsuyama made history, we couldn’t help but think of Woods.

Golf has more talent than it ever has. The sport is riddled with young stars. Jordan Speith, Justin Thomas, Brooks Koepka, Rory Mcllory and Bryson DeChambeau, to name a few. But there isn’t one that sticks out. DeChambeau is polarizing. His unorthodox style and ability to drive the ball 340 yards is interesting, but he hasn’t been able to win consistently enough to really grab new viewers.

The rest of the up-and-comers are fun for the golf purists. We love golf of any kind. But they aren’t moving the needle. At least, not in the way Woods does.

Golf has been dependent on Woods for over twenty years to drive ratings. His tumultuous private life only increased our fascination with the legend. But Woods’ time is over. His latest off the course mishap could very likely signal the end of his athletic career. The hyper-competitive Woods will almost surely attempt a comeback, but expectations of a return to glory are delusions of grandeur.

Maybe one of the young stars will step up and start rattling off tournament wins. Maybe DeChambeau can continue on his current trajectory as the player on the PGA Tour to root against. But it will never be the same without Tiger.

Masters weekend is always a fun time of year. But without Woods, it just wasn’t the same.