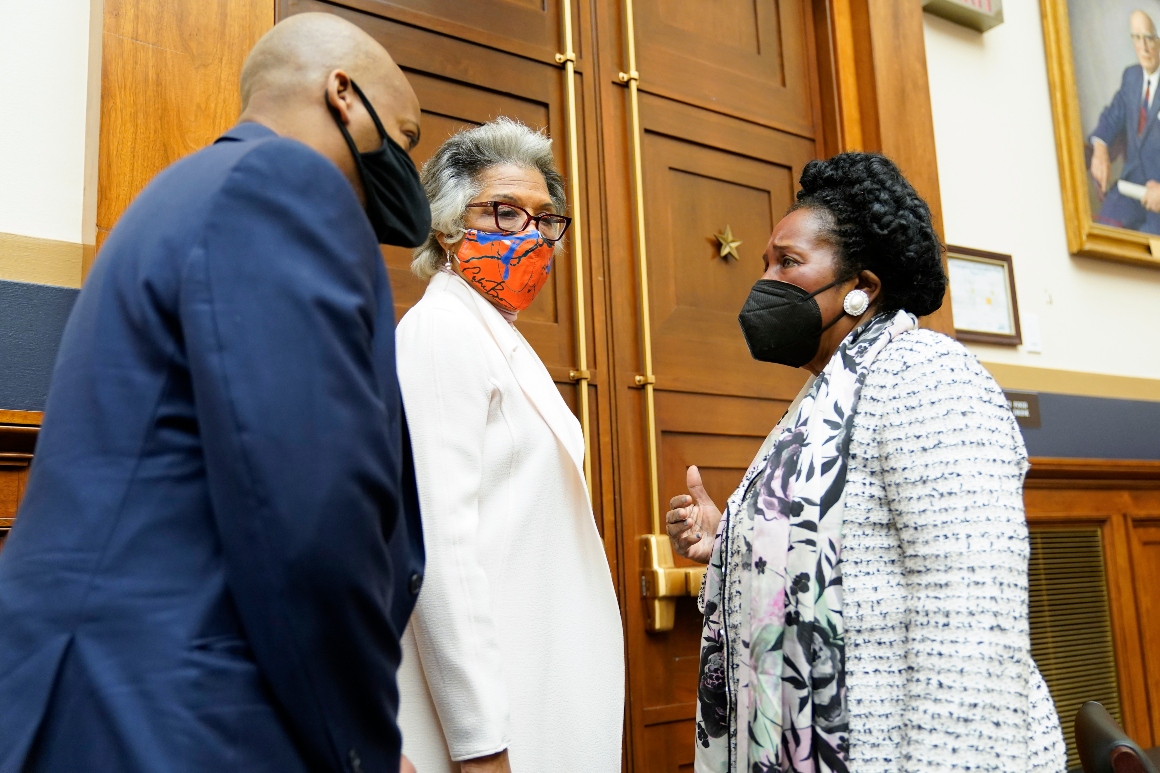 The bill does not lay out provisions for the shape the reparations would take, whether in the form of direct cash payments or safety net programs. Despite its open-ended design, getting buy-in from enough lawmakers to tee up a floor vote in even one half of Congress is a tall order.

On a Wednesday press call, House Majority Leader Steny Hoyer (D-Md.) dodged questions about whether he would bring the bill to the floor and tried to put the onus on Biden, suggesting the president create his own reparations commission.

While both parties have been reticent to embrace reparations legislation in the past, the majority of Republicans oppose it. A February POLITICO/Morning Consult poll found that 60 percent of Democrats support the formation of a committee to study reparations while 74 percent of Republicans oppose it. Many on the right argue that today’s lawmakers should not be held responsible for mistakes of the past, like enslavement.

Yet given the ongoing national reckoning on race and systemic racism — now reignited by the trial of Derek Chauvin and a second high-profile police killing in Brooklyn Center, Minn. — reparations advocates say now is a prime opportunity to move reparations legislation forward. It currently has 180 co-sponsors in the House, the most ever. And even with Democrats’ slimmed-down House majority, which includes a multiple hesitant moderates, it is in its best position yet to pass that chamber. Doing so would mark a major victory for reparations proponents and racial justice advocates alike.

“I don't think that there's any opposition that can get in the way of passing it out of the House,” said Dreisen Heath, a program advocate at Human Rights Watch. “We're very confident.”

But beyond a House victory, the fate of H.R. 40 — and its chances of ultimately making it to Joe Biden’s desk — is bleak. The White House has maintained that President Biden supports the study of reparations and Vice President (then-Senator) Kamala Harris co-sponsored companion legislation in 2019. Still, full passage of the bill would require votes from all 50 Senate Democrats and 10 Republicans, who are almost certain to oppose it.

“The Senate is not a good place to be with this legislation, or any legislation that's progressive and advances the interest of African Americans in particular,” said Rep. Steve Cohen (D-Tenn.), chair of the House Subcommittee on the Constitution, Civil Rights and Civil Liberties, during a Monday press call.

“You’ve got to have ten Republicans right now,” Cohen continued. “And there are not that many of them that are going to quit and not run again, and have a come-to-Jesus moment.”

Rep. Burgess Owens (R-Utah), who is African American, called the legislation “treacherous” and “traitorous” during his testimony on Wednesday, suggesting that the disenfranchisement of Black Americans is the fault of failed Democratic policies rather than the legacy of enslavement or systematic disenfranchisement.

“If you want to pay back the African American community, give us back our history,” Owens said. “We are not a hapless, hopeless race. We’re just like everybody else.”

House Judiciary Republicans echoed these complaints during Wednesday’s committee markup. Rep. Louie Gohmert (R-Texas) argued that Democrats should be solely responsible for paying for the commission, saying that their party was most responsible for policies that disproportionately hurt Black Americans.

“I hope that we won’t compound some horrendous sins by punishing great grandchildren of people that did wrong,” Gohmert said.

Explaining the terms of the bill and defining the role of the commission will be crucial to the efforts to get more Republicans on board, Democrats say. The bill’s Senate companion currently has 16 co-sponsors. Rep. Sheila Jackson Lee, lead sponsor of H.R. 40, said the bill represents in large part an acknowledgment of past harms done, or a “national apology” to African Americans. She said she expects the commission to identify both the legacy of slavery and specfic policy measures that have systematically disenfranchised African-Americans.

“We're committed to establishing this H.R 40 as an enabling legislation to address the deep seated racism, and historic and systemic elements of mistreatment of African Americans through the centuries,” Lee said in a Monday press call.

Some advocates have suggested that the end goal of the legislation — establishment of a commission to study reparations — could be more easily achieved through an executive order.

So far, White House officials have not indicated they're prepared to apply further pressure on Congress. Lee brushed off the suggestion on Monday, underlining her commitment to passing the legislation in both chambers of Congress.

“Our present [White House] leadership also indicated their understanding and support,” Lee said. But we are now on a legislative drive … any further strategies will be certainly addressed as needed.”

At the same time, the concept of reparations is gaining traction in some municipalities across the country. Evanston, Ill., became the first city to craft a reparations policy for its residents in March. The plan allocates $10 million over the next ten years in $25,000 housing assistance payments to qualifying descendants of Black Evanston residents who were victims of housing discrimination. While H.R. 40 does not allocate for payments to African Americans, reparations advocates have cited the Evanston plan as one potential model.

However, some reparations advocates remain skeptical of a model like Evanston’s, which focuses largely on housing and would not advance the ultimate goal of closing the racial wealth gap.

“Certainly there are ongoing issues that residents bring to their city governments to address harms,” said Kirsten Mullen, a writer and researcher whose work has centered on reparations. “But they shouldn't be confused with the goals of a national reparations program for Black American descendants of U.S. slavery.”