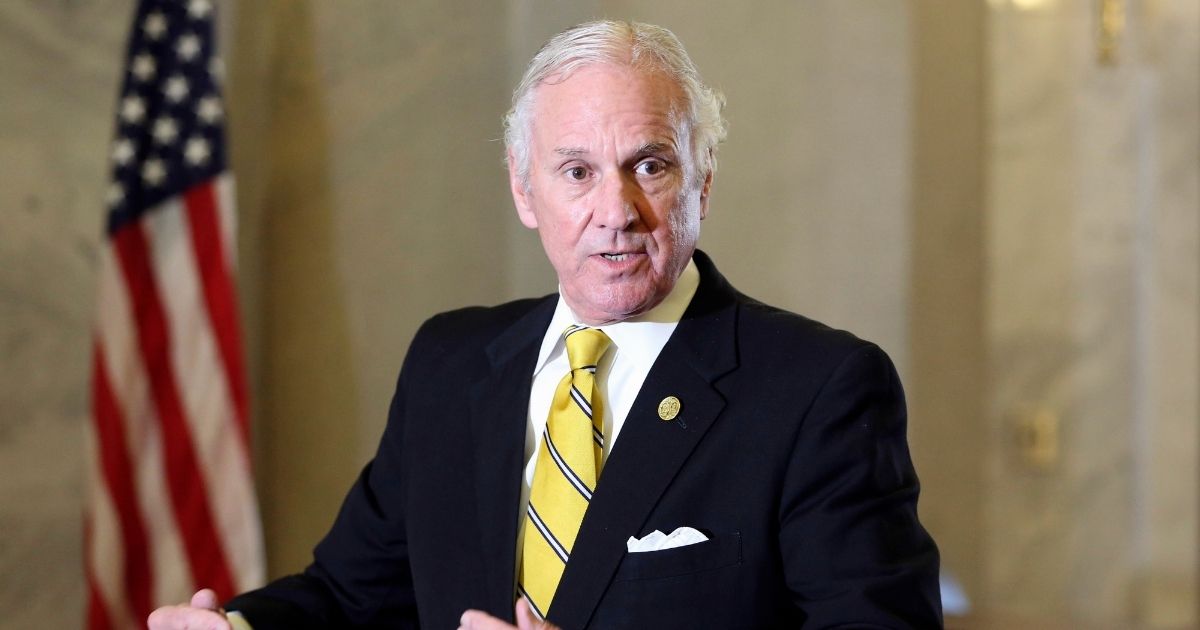 Republican South Carolina Gov. Henry McMaster has taken executive action to prevent the Biden administration from placing unaccompanied minors from the border in his state.

McMaster cited coronavirus concerns and limited resources to justify the order, which he signed Monday, according to The Post and Courier of Charleston.

The governor’s order directed the state’s Department of Social Services “to prevent placements of unaccompanied migrant children entering the United States via the southern border into residential group care facilities or other foster care facilities located in, and licensed by, the State of South Carolina.”

“South Carolina’s children must always be given first priority for placement into foster care and the State’s strained resources must be directed to addressing the needs of its children,” McMaster wrote in a letter to DSS Director Michael Leach.

My Executive Order ensures that South Carolina’s most vulnerable children come first and the valuable services and care they receive are not disrupted.

The action was in response to a letter from Leach on Thursday explaining that the federal government was considering placing migrant children in the state.

“The anticipation of placement is 35 days, but could be longer if diligent efforts to locate relatives are prolonged or unsuccessful,” Leach wrote.

Facilities holding unaccompanied minors at the border have been overwhelmed, with nearly 19,000 children crossing the border by themselves in March.

That figure is 71 percent higher than in February and is largely being attributed to President Joe Biden’s rollback of Trump administration-era immigration policies.

These are the videos Joe Biden & Kamala Harris don’t want you to see.

This is the devastating result of their disastrous left-wing immigration agenda.

RT so everyone can see what they’re trying to hide. This is child abuse. pic.twitter.com/7y7sQp50Pn

McMaster does not want to deal with the burden and liability of having unaccompanied minors entering the state, especially given recent allegations of abuse at some facilities.

When Republican Texas Gov. Greg Abbott called a news conference last week, he called on the Biden administration to shut down a facility in San Antonio over alleged poor treatment of children.

“Biden opened the borders & failed to plan for the influx of unaccompanied minors. Now he must respond to allegations of child abuse & neglect on his watch. DPS & TX Rangers are investigating. The administration must close the facility & protect these children,” Abbott tweeted.

Biden opened the borders & failed to plan for the influx of unaccompanied minors.

Now he must respond to allegations of child abuse & neglect on his watch.

The administration must close the facility & protect these children. pic.twitter.com/s1chzDQYlx

While critics may go after McMaster for not being compassionate toward the migrant children, pressure from states is what is needed to bring this crisis to an end.

The administration could stop the flow of migrants if it brought back the Migrant Protection Protocols (also known as the “Remain in Mexico” policy) and resumed construction on the border wall.

These two measures are not fool-proof, but Biden’s appearance of leniency on immigration is what is driving people to come.

It is no wonder why people would want to come to the greatest country on earth, but the federal government needs to step up to manage how migrants get here.