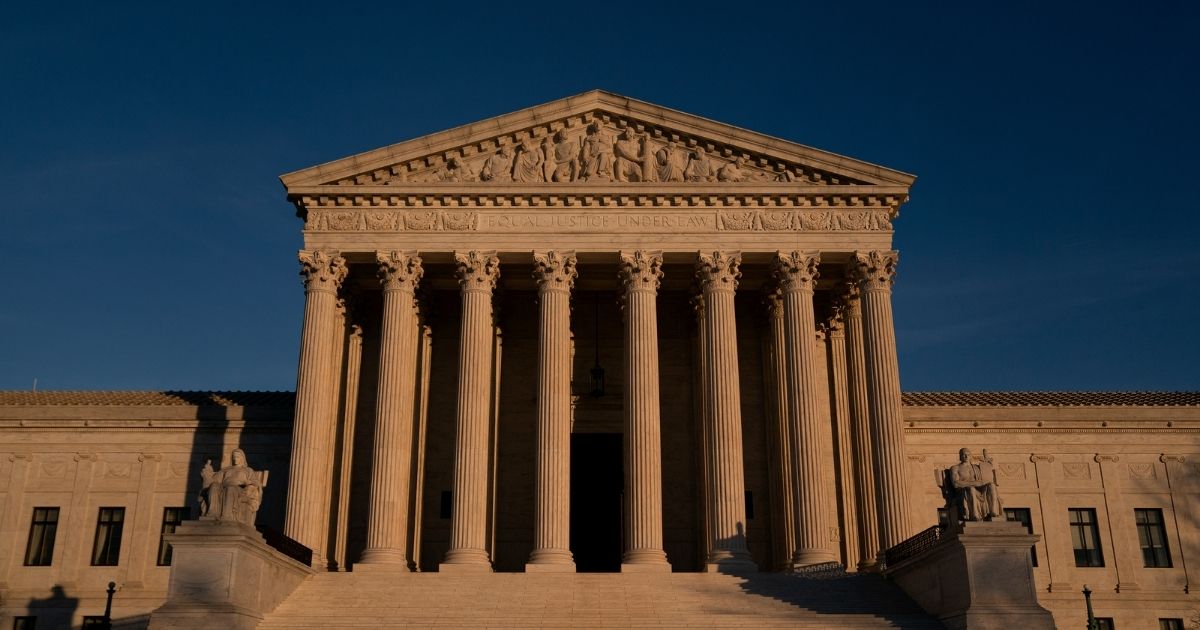 The Supreme Court ruled in favor of lifting California’s restrictions on in-home religious gatherings in a late Friday ruling that said the “Golden State” could not restrict gatherings like prayer meetings and Bible study classes.

The 5-4 unsigned ruling followed earlier decisions on limiting attendance at houses of worship to help slow the spread of coronavirus, according to The New York Times.

The ruling said that the government needs to prove religious gatherings pose a greater danger than other activities that are open before they can be limited.

“Government regulations are not neutral and generally applicable” and should be scrutinized “whenever they treat any comparable secular activity more favorably than religious exercise,” the opinion read.

The ruling came after Rev. Jeremy Wong and Karen Busch of Santa Clara County challenged restrictions that prevented them from holding in-home gatherings with congregants for prayer meetings, according to The Wall Street Journal.

Justices Clarence Thomas, Samuel Alito, Neil Gorsuch, Brett Kavanaugh and Amy Coney Barrett wrote in the majority that the United States Court of Appeals for the Ninth Circuit had repeatedly ignored instructions from the Supreme Court.

“This is the fifth time the court has summarily rejected the Ninth Circuit’s analysis of California’s Covid restrictions on religious exercise,” the opinion said.

Justices Elena Kagan, Stephen Breyer and Sonia Sotomayor argued that California had complied with the First Amendment by treating religious gatherings like every other gathering.

Do you think some governor's took restrictions too far?

Chief Justice John Roberts voted with the dissenters but did not join the minority opinion.

California’s restrictions in most of the state limit all indoor gatherings to members of up to three households.

U.S. District Judge Lucy Koh issued an 80-page opinion in February that denied the plaintiff’s request to block the restrictions, which was upheld by the Ninth U.S. Circuit Court of Appeals, in San Francisco.

“The state reasonably concluded that when people gather in social settings, their interactions are likely to be longer than they would be in a commercial setting,” the Ninth Circuit wrote, Fox News reported.

“That participants in a social gathering are more likely to be involved in prolonged conversations; that private houses are typically smaller and less ventilated than commercial establishments; and that social distancing and mask-wearing are less likely in private settings and enforcement is more difficult.”

In response to the Supreme Court’s ruling, California pointed to scientific evidence and said that because COVID-19 conditions have improved, the challenged regulations were set to be lifted this month.