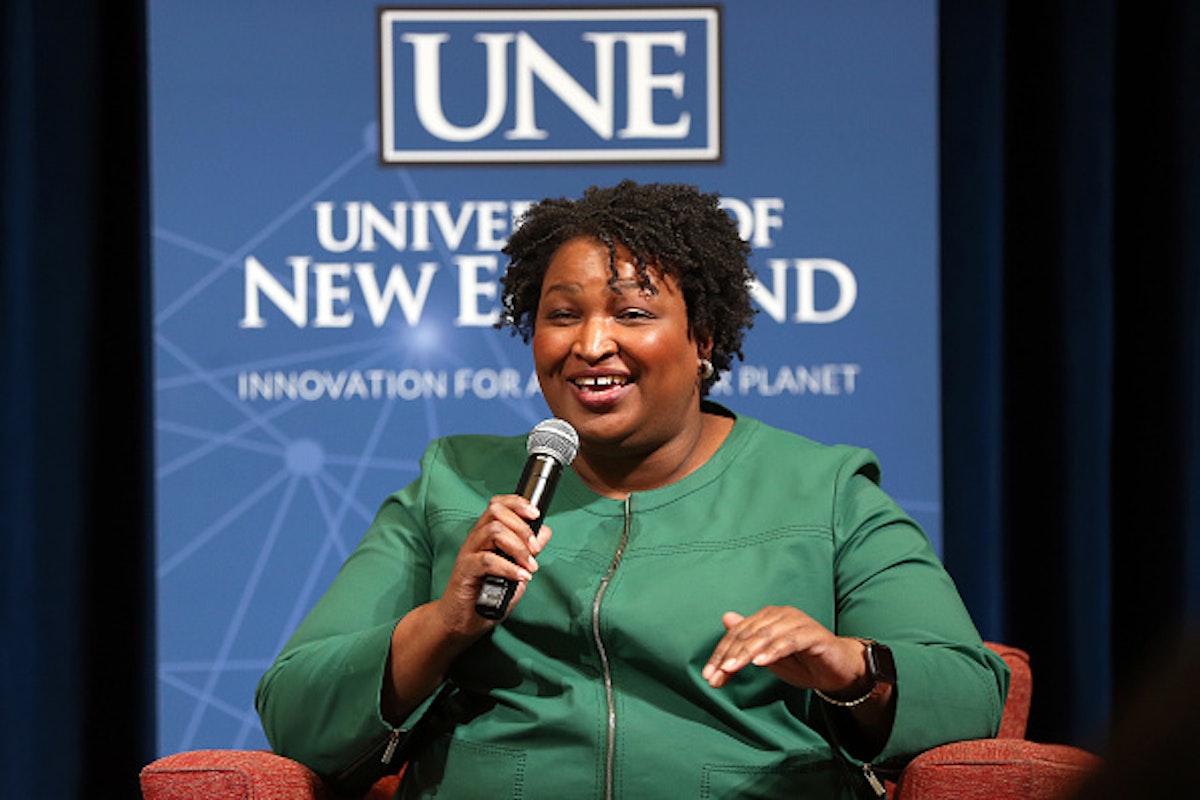 An organization founded by failed gubernatorial candidate Stacey Abrams has called upon Hollywood to continue standing against Georgia’s voter integrity laws while not hurting the state economically.

In a statement to Newsweek, Fair Fight, the voter organization founded by Stacy Abrams, told Hollywood to “stay and fight” the new law as opposed to cutting and running.

“Brian Kemp and Georgia Republican lawmakers are singularly responsible for any job that is lost and any dollar that goes out of Georgia, because they prioritized suppressing voters of color over the economic well-being of all Georgians,” Fair Fight spokesman Seth Bringman told Newsweek.

“We urge events, productions, and businesses to come to Georgia and support the very communities that will [sic] whose access to the ballot will be hurt by Senate Bill 202. Come to Georgia and speak out against voter suppression. Stay and fight,” the statement added.

After maligning Georgia’s voter integrity law, prompting calls for boycotts, Stacey Abrams and other Democrats in the Peach State were alarmed after the MLB pulled the All-Star game from Atlanta.

“Like many Georgians, I am disappointed that the MLB is relocating the All-Star game; however, I commend the players, owners and League commissioner for speaking out,” said Abrams in an early April statement. “I urge others in positions of leadership to do so as well. As I have stated, I respect boycotts, although I don’t want to see Georgia families hurt by lost events and jobs. Georgians targeted by voter suppression will be hurt as opportunities go to other states. We should not abandon the victims of GOP malice and lies – we must stand together.”

“Georgia Republicans must renounce the terrible damage they have caused to our voting system and the harm they have inflicted on our economy,” she added. “Our corporate community must get off the sidelines as full partners in this fight, acknowledging that the provisions of SB 2020 do not expand voting rights. They restrict those rights, affecting employees and consumers alike. And leaders must publicly support the voting rights provisions in the For the People Act and the John Lewis Voting Rights Advancement Act to mitigate the harm being done in Georgia and other states.”

Earlier this week, actor Will Smith and director Antoine Fuqua announced that they would be moving production of the upcoming runaway slave thriller “Emancipation” from the state of Georgia to Louisiana, costing an estimated $15 million in taxes.

“At this moment in time, the Nation is coming to terms with its history and is attempting to eliminate vestiges of institutional racism to achieve true racial justice,” Will Smith and director Antoine Fuqua said in a joint statement to Deadline. “We cannot in good conscience provide economic support to a government that enacts regressive voting laws that are designed to restrict voter access. The new Georgia voting laws are reminiscent of voting impediments that were passed at the end of Reconstruction to prevent many Americans from voting. Regrettably, we feel compelled to move our film production work from Georgia to another state.”

As The Daily Wire’s Ian Haworth reported, the voter integrity law does not discriminate against black people and even contains policies that black Americans support, such as voter ID requirements.