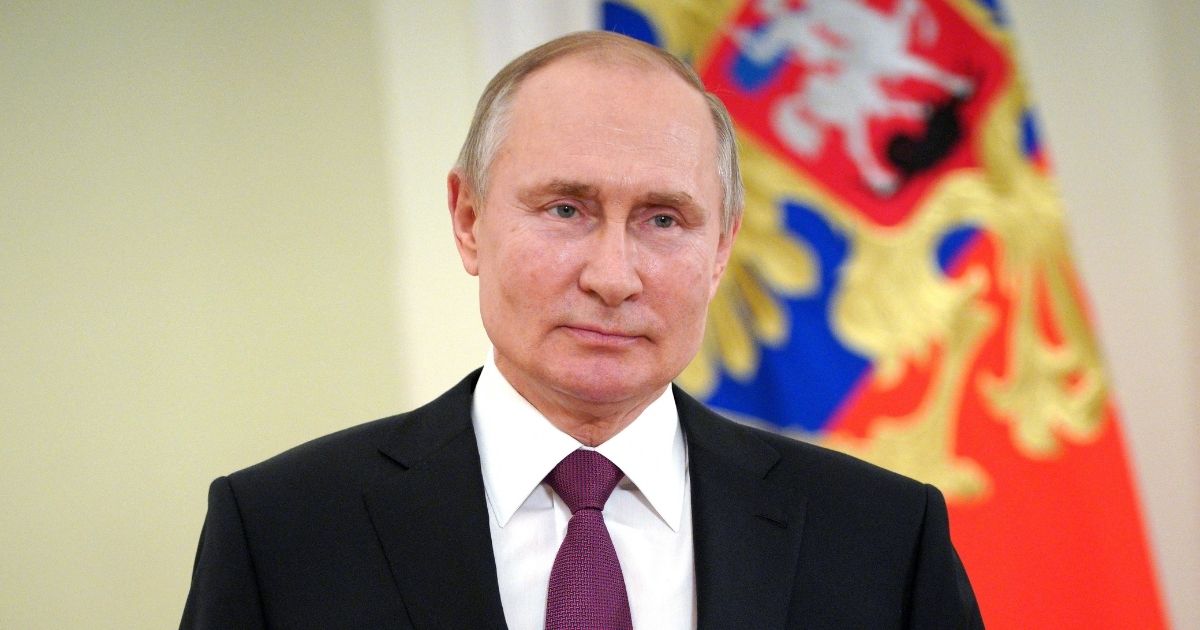 As the veil of the pandemic slowly fades, a new era of geopolitics emerges on the horizon — an era defined by increasingly assertive attempts to carve out a regional sphere of influence with military aggression.

At the era’s onset, the Russian Federation is again tapping into an antiquated style of hard-power politics to defend its national interests and reconsolidate the geopolitical power of its former image during the days of the Soviet Union.

On the receiving end of that power move is Russia’s former Soviet satellite: Ukraine.

A Foreboding Message for Ukraine

The Russian Federation has recently increased the number of military personnel on the nation’s western border. The large-scale troop movements surprised Ukrainian and Western governments, who said that Kremlin officials failed to notify the proper diplomatic channels.

Subsequently, the foreign ministers of the G7 countries — Canada, France, Germany, Italy, Japan, the United Kingdom and the United States of America — as well as the high representative of the European Union, called on Russia to uphold its obligations and commitments to the Organization for Security and Co-operation in Europe and Chapter III of the Vienna Document, which requires nations to provide information regarding unusual troop movements.

“The large-scale troop movements, without prior notification, represent threatening and destabilising activities. We call on Russia to cease its provocations and to immediately de-escalate tensions in line with its international obligations,” the diplomats said in a statement.

On Tuesday, U.S. Secretary of State Antony Blinken met with Ukrainian Foreign Minister Dmytro Kuleba to discuss ongoing tensions between Russia and Ukraine. The secretary reaffirmed the United States’ commitment to standing “firmly behind the sovereignty and the territorial integrity of Ukraine.”

Should NATO deploy troops in Ukraine?

“The very important work that Ukraine is doing to strengthen its democratic institutions, to advance the rule of law, to make key economic reforms, all of which are critical to NATO’s — to the Ukraine’s future, and to its integration into Euro-Atlantic institutions,” he said.

Kuleba then celebrated the West for its commitment to securing Ukrainian territory, adding that Russia’s military buildup threatens more than just his nation, “but along the border of the democratic world.”

“For thousand of kilometers, to the north and to the east of our border with Russia, there is no democracy,” Kuleba told reporters before the official meeting.

“So this is the struggle that is taking place between democracies and authoritarianism. And in this struggle, the support of the United States is absolutely crucial and deeply appreciated.”

The Ukrainian ministry of foreign affairs has also expressed in a statement “its resolute protest against the war crime perpetrated by the Russian federation.” Government officials claim that Russia’s actions violate international humanitarian law, including provisions of the 1949 Fourth Geneva Convention that protects Ukrainian citizens from being forcefully conscripted for service in Russia’s armed forces.

RELATED: Biden Signs Executive Order to Declare a New ‘National Emergency' – This One Over Russia

“Since 2015, the Russian occupation authorities in the temporarily occupied Crimea have already conducted 12 conscription campaigns on the peninsula, illegally conscripting about 28,000 people, and started a new campaign on 1 April 2021,” the statement noted.

In the Kremlin’s Crosshairs

The minister has called on the Kremlin to abandon its military commitments in Ukraine, saying that, “the only way out is diplomacy.”

According to The Wall Street Journal, Kremlin official Dmitry Peskov told reporters last week that Russia had the intrinsic authority to move its armed forces domestically at its own discretion. He further justified the decision with claims the troop movement was a response to the “dangerous, explosive region at its borders.”

The Kremlin official went on to indicate that Russia would not be an impartial actor if all-out war were to erupt in Ukraine. Russian interests would instead propel the nation into the conflict to defend its own citizens at all costs.

Russia’s interest in the region stems from its original annexation of Ukraine’s Crimean Peninsula in 2014. According to the Council on Foreign Relations, Russian president Vladimir Putin rigged the referendum to indicate that Crimean voters overwhelmingly favored Russia.

In the following months, Ukrainian forces began to clash with Kremlin-funded separatists for regional control. The European Union estimates that over 10,000 people have died during the conflict, leaving an additional three million displaced.

Since 2015, the EU, guided by German and French efforts, has sought to reach a ceasefire and “line of conduct” separating the two factions. Their attempts have mostly been ignored by Kremlin authorities.

Russia’s territorial interests expand farther beyond the nation’s efforts in eastern Ukraine, however. According to CFR, Moscow’s reach now extends to Georgia and Moldova, both of which are partially occupied by Russia.

Experts view these land grabs as Moscow’s attempt to regain authority over breakaway territories from what was once the Soviet Union. The recent troop movements could indicate that the nation is prepared to intervene in the unofficial war against the sovereign.

The Kremlin’s current intentions in Ukraine stem from a Soviet-era policy of cultivating a border region that demarcates where Western influence ends and Russian influence starts. Until the fall of the Soviet Union in 1991, Moscow possessed centralized authority over its former satellite states, giving it leverage to control the region’s interests.

When Poland and Ukraine gained popular control of their governments in 1991, Moscow was forced to greatly retract its sphere of influence, opening up that former border region to heightened Western influence.

While remnants of the Soviet-era political mind still remained active in eastern Europe, newly independent nations pushed toward political and economic liberalization. In some regions, though — including Chechnya and Ingushetia — independence movements met forceful repression from the Russian government, according to CFR.

Despite Ukrainian independence, Moscow still possessed cultural and political sway in the former Soviet satellite. But in 2014, the Ukrainian people made a forceful denunciation of their government’s relationship with the Kremlin.

During that year, former Ukrainian president Viktor Yanukovych was forced to flee the country after anti-government protesters condemned him for being a puppet of the Russian government.

After Yanukovych fled to Russia, the Kremlin launched its bid to capture the Crimean peninsula. According to The Guardian, a Ukrainian court held in 2019 that the former president was guilty of treason.

Driven by a desire to carve out a safe haven from Western influence, Moscow’s return to hard-power politics may lead to a rehashing of the Cold War-era conflict between East and West.

In defiance of Moscow’s actions, the White House levied a broad set of new sanctions against the Kremlin on Thursday. Retaliating for last year’s Russian-organized cyber attack on the SolarWinds Orion networking platform, Washington sanctioned 32 entities and individuals who are believed to have been involved in the attacks.

The U.S. Treasury, in league with the European Union, the United Kingdom, Australia and Canada, sanctioned another eight individuals and entities associated with “Russia’s ongoing occupation and repression in Crimea.”

In a joint statement, the Western powers wrote, “The Transatlantic community stands united in supporting Ukraine against unilateral Russian provocations along the Line of Contact in eastern Ukraine, in occupied Crimea, and along Ukraine’s borders, as well as agreeing on the need for Russia to immediately cease its military buildup and inflammatory rhetoric.”

REPORT: The Big 12 Believes The AAC Will Attempt To Take All 8 Remaining Members