His critics think they finally have nailed Tucker Carlson. His claim last week that Democrats intend to “replace” the existing American electorate with immigrants from Central America was denounced by the Anti-Defamation League as proof that he is a white supremacist and racist who should be fired or forced to resign from his perch as a prime-time host on Fox News.

Because neo-Nazis chanted “you will not replace us” during the torchlight march in Charlottesville, Virginia in August 2017 — a standard antisemitic trope —  the ADL proclaimed that there was no longer any doubt that Carlson was trafficking in white supremacism. But while pundits like former Republican Michael Gerson writing in the Washington Post and hard-core leftists like The New York Times’ Charles Blow chimed in to agree, a closer look at the recent use of the term debunks their argument.

As Carlson rightly pointed out in a Monday riposte to his critics, there’s nothing original about his claim that Democrats think they can “replace” American voters with immigrants. That’s because liberal think tanks, journalists, and Democratic politicians have been boasting about the same thing for years, as they repeatedly predicted that demographic trends involving immigrants and minorities will doom the Republican Party.

In the wake of George Floyd’s death, Carlson’s denunciations of the Black Lives Matter movement, the “mostly peaceful” riots around the country, as well as critical race theory and talk of “white fragility” and the accompanying cancel culture, transformed him into arguably the most important conservative voice on television. After President Donald Trump’s defeat, leftist outlets like CNN switched their focus from hatred of the 45th president to Carlson. Brian Stelter and others at the network led a crusade to deplatform both him and Fox News.

Carlson’s attitude toward the BLM movement and critiques of fashionable toxic leftist ideas about race were branded as a form of white supremacy. Although his show has been the highest rated on cable news, those accusations helped chase away advertisers, as many leading companies were fearful of being canceled along with Carlson. Yet Carlson’s hold on his viewers and his increasing importance as a tribune of conservative opinion has been largely unaffected, which explains why Fox News refused to bow to the ADL’s demand.

Up to One-Tenth of the Country Is Illegally Here

The case against Carlson on the “replacement” theory is undermined by two key factors.

One is the fact that it is a brazen attempt to divert the discussion from the crisis on the southern border as the largest surge of illegal immigrants in 15 years is overwhelming the resources of the government. President Joe Biden’s promise to reverse Trump’s attempts to curb the influx of illegals and his executive orders that largely ended enforcement of existing laws are a green light for anyone in Central America seeking to enter the United States.

Many of those caught at the border are being turned loose and Democrats are proposing legislation promising amnesty for all illegal immigrants. That means Carlson is hardly the only one pondering the long-term consequences of a situation where we may be seeing only the beginning of a huge increase in illegal immigration at a time when realistic estimates of those already here without legal permission could be as high as 22 million or even close to 30 million. If Democrats’ legislation passes — admittedly a long shot if the Senate filibuster remains in place — then a major shift in the demographics of the American electorate may well happen.

Looked at in isolation, Carlson’s use of the term “replacement” can, as ADL head Jonathan Greenblatt claimed, be seen solely as a racist theory about whites being overwhelmed by non-whites that was echoed by mass shooters in Christchurch, El Paso, and Pittsburgh. The ADL has shifted from being a non-partisan, antisemitism monitoring organization to a Democratic auxilliary group since Greenblatt, a former Clinton and Obama White House staffer, took over.

Yet Carlson was clear that he wasn’t talking about race or religion, but voting. That means nothing to Greenblatt and other liberals because they already assumed Carlson was a white supremacist.

Democrats Have Talked About ‘Replacement’ for Years

CNN and MSNBC can play the video of the Charlottesville neo-Nazis chanting about not being replaced by Jews on a video loop as long as they like. The real weakness of the arguments against Carlson is that until recently, the ones talking about immigrants replacing or overwhelming white voters have been liberals.

In 2017, The Atlantic published an article predicting that Trump’s appeal to whites wouldn’t help Republicans in the long run because the demographics were changing to favor Democrats because of nonwhite population growth.

In 2018, the liberal Brookings Institution boldly predicted that white will become a minority group in 2045 and cited immigration from Hispanic countries as a major factor in making that a reality. In 2019, the pro-immigration Niskanen Center made a similar point and pointedly asked “When will Republicans face demographic reality?”

The Pew Research Institute made the same points about the declining influence of white voters in a September 2020 study. These themes were echoed repeatedly by left-wing pundits and Democratic politicians who find it hard to contain their triumphalism when discussing demography.

In 2018, New York Times columnist Michelle Goldberg actually published a column under the headline, “We Can Replace Them,” in which she argued Georgia gubernatorial candidate Stacey Abrams was leading a tide of newly registered black and Hispanic voters to transform Georgia from a red state into a purple or blue one.

The same year, Rep. Joaquin Castro, D-Texas, was just one of many members of his party predicting that the growing number of Hispanic voters would mean Texas was turning purple.

It’s also true, as Carlson noted in his Monday counter-attack, that there’s little doubt that the transformation of California from a Republican state prior to the 1990s to its current status as one in which Democrats totally dominate is largely the result of demographic change that was primarily caused by immigration.

While it can be argued that Carlson’s claim that such changes disenfranchise existing voters is hyperbole, the fact remains that immigration has altered American politics. But if it is not inappropriate to cite such efforts to “replace” Republicans with immigrant Democrats as something to be welcomed, how can laments about the same thing be termed racist?

That’s especially true when the new administration and its congressional supporters  — who seem to think everyone in Central America who is dissatisfied with their lot ought to be welcomed to the United States and allowed to become citizens whether they followed the law in crossing the border or not — enact measures that are morally equivalent to open borders. It is not racism on Carlson’s part but it is hypocritical of liberals to bash him for noting the obvious political consequences of such policies.

Instead of acknowledging the existence of a border crisis manufactured by Biden or explaining why it is that the incarceration of illegals who are children is acceptable under a Democratic administration but a crime against humanity when a Republican is in the White House, the left prefers to cry “racism” against Carlson for saying the same things optimistic Democrats have been saying for years.

Jonathan S. Tobin is a senior contributor to The Federalist, editor in chief of JNS.org, and a columnist for the New York Post. Follow him on Twitter at @jonathans_tobin. 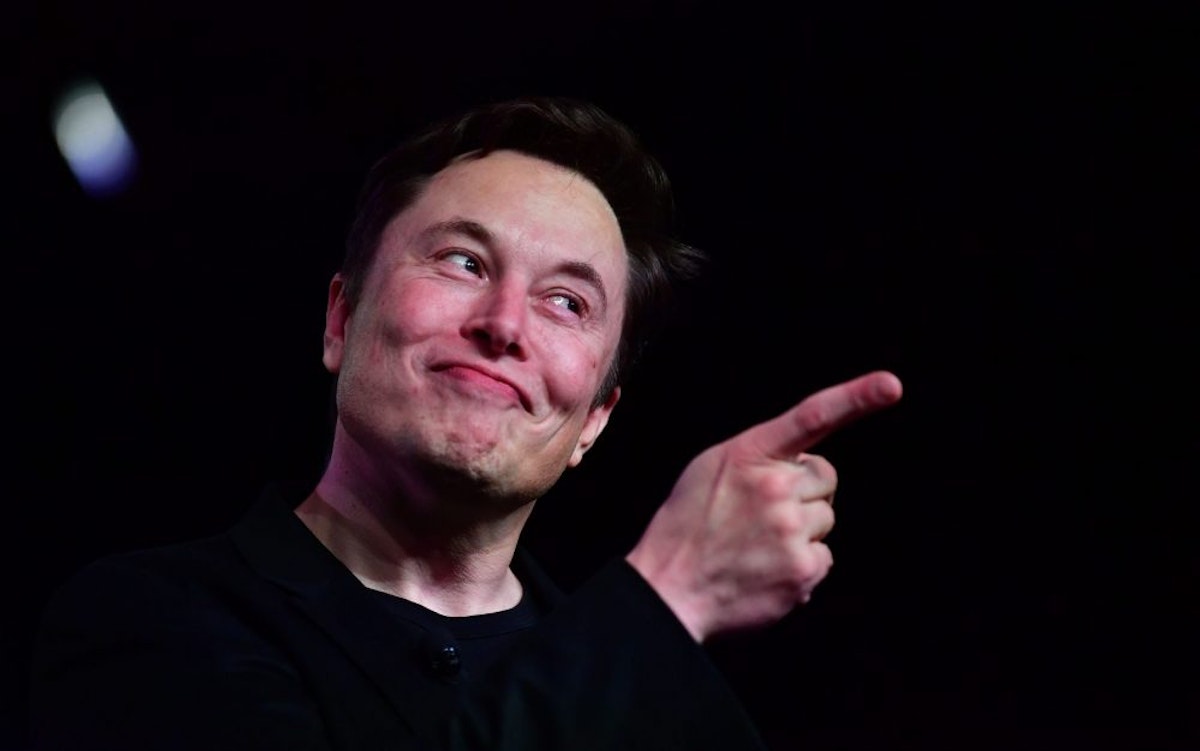