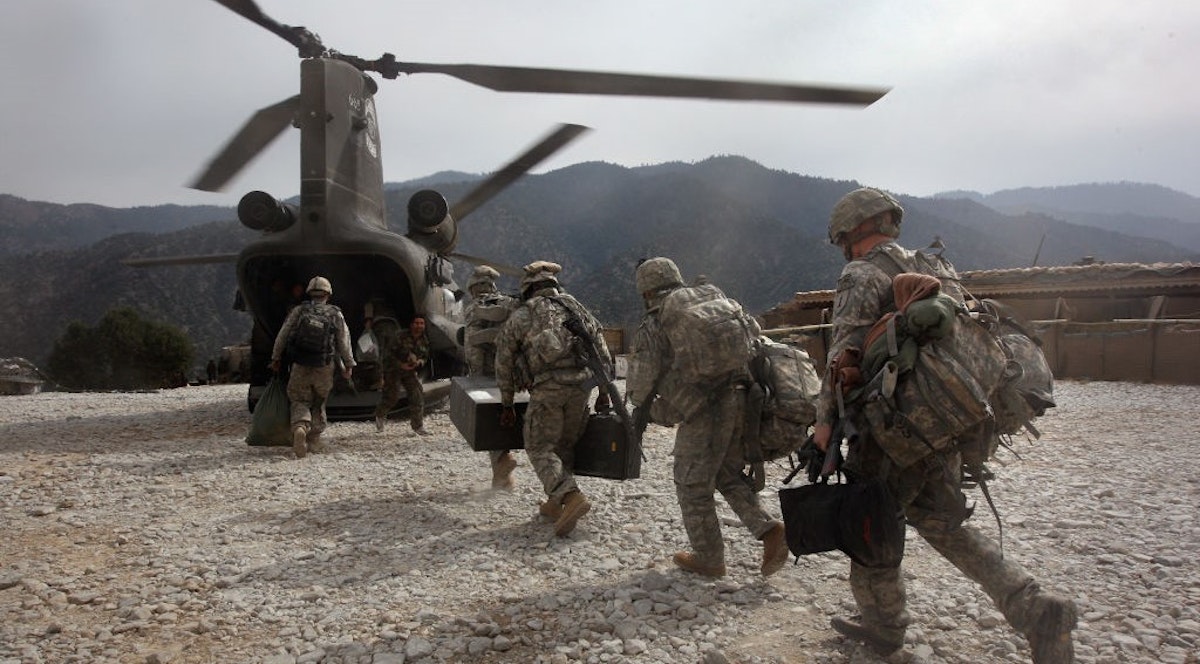 The Defense Secretary and the Secretary of State made a bit of a scene when they publicly disagreed on what to do in Afghanistan.

That was way back in December 2001, nearly 20 years ago. The dispute was between Colin Powell and Donald Rumsfeld. Rummy won.

The war in Afghanistan began on Oct. 7, 2001, less than a month after the Sept. 11 attacks. But despite campaign pledges by Barack Obama in his first run for the White House — as well as Donald Trump — neither ever fully withdrew U.S. troops from the war-torn nation.

Now, Biden wants to end the war — by Sept. 11. More than 2,200 U.S. troops have been killed and another 20,000 wounded in the conflict, according to data published by the Department of Defense. The war has cost more than $2.2 trillion, according to one analysis conducted by Brown University’s Watson Institute of International and Public Affairs.

Here are the opposing views from Democrats and Republicans.

On Wednesday, Biden announced his plan to withdraw from the White House the Treaty Room — the same room where former President George Bush in 2001 announced the first airstrikes in Afghanistan. Biden said the events of 9/11 “cannot explain why we should remain there in 2021.”

“We cannot continue the cycle of extending or expanding our military presence in Afghanistan hoping to create the ideal conditions for our withdrawal, expecting a different result,” Biden said.

“War in Afghanistan was never meant to be a multigenerational undertaking,” Biden said, noting that service members now serving in Afghanistan had parents who served in the same war.

“We were attacked,” the president said in his 16-minute speech. “We went to war with clear goals. We achieved those objectives,” he said. “We cannot continue the cycle of extending or expanding our military presence in Afghanistan, hoping to create ideal conditions for withdrawal, and expecting a different result.”

“I’m now the fourth United States president to preside over American troop presence in Afghanistan — Two Republicans, two Democrats. I will not pass this responsibility on to a fifth,” said Biden, noting that it has become the “forever war.

“I spoke yesterday with President Bush to inform him of my decision,” Biden said. “While he and I have had many disagreements over policy throughout the years, we’re absolutely united in our respect and support for the valor, the courage, and integrity of the women and men in the United States Armed Forces who served, and immensely grateful for the bravery and backbone they have shown through nearly two decades of combat deployments.”

The president also said former President Obama, who issued his own statement on the matter Wednesday, supports the withdrawal.

President Biden has made the right decision in completing the withdrawal of U.S. forces from Afghanistan. Today, we should pause to pay tribute to the extraordinary sacrifices of the Americans who have served in our longest war, as well as their families. We also honor the allies who served alongside us, and the Afghan people who have suffered so much in pursuit of a better future for their country. It has been a long and arduous struggle in Afghanistan, rooted in our response to the deadliest terrorist attack on the U.S. homeland in our history. American troops, diplomats, and development workers can take pride in their efforts to deliver justice for 9/11, destroy al Qaeda’s safe-haven, train Afghan Security Forces, and support the people of Afghanistan.

Since we began to draw down U.S. forces in 2011, the United States made clear to the Afghan government that we would be gradually transitioning responsibility for security while creating time and space for efforts to improve governance and pursue diplomacy. Nearly a decade later, it is time to turn the page to the next chapter of our relationship with Afghanistan. There will be very difficult challenges and further hardship ahead in Afghanistan, and the U.S. must remain engaged diplomatically and through our development efforts to support the Afghan people, particularly those who have taken extraordinary risks on behalf of human rights. But after nearly two decades of putting our troops in harm’s way, it is time to recognize that we have accomplished all that we can militarily, and that it’s time to bring our remaining troops home. I support President Biden’s bold leadership in building our nation at home and restoring our standing around the world.

Republicans countered with fiery rhetoric, with one U.S. senator saying the withdrawal will lead to another 9-11.

“With all due respect to President Biden, you have not ended the war, you’ve extended it,” the South Carolina Republican said during a Capitol Hill press conference. “You have made it bigger, not smaller.”

“The likelihood of this happening again is going through the roof after President Biden’s decision today,” Graham said. “He’s setting Afghanistan on a path to deteriorate rather quickly and for the enemy, radical Islam, to reconstitute. It can all be avoided with a minimal commitment compared to the past.”

At one point in the press conference, Graham pointed to a large photo of the burning Twin Towers, and another of the Pentagon after it was hit by Flight 77, and said, “What makes you think this won’t happen again?”

Other top conservatives and generals hold the same view.

Retired Army Gen. Jack Keane said the move will not work out well. “The reality is we have to stay focused on the mission and what the threat is,” Keane said on Fox News. “I’m surprised somewhat that he’s withdrawing with no conditions whatsoever,” noting that while Trump also set an exit date, he did so with conditions.

“Why aren’t we putting that into play negotiations with his conditions for a withdrawal to give our negotiators some leverage with the Taliban? We have walked away from that opportunity,” said the four-star general. “Second thing here is, we are forgetting lessons learned. We ended the war in Iraq prematurely and we got ISIS. It was an absolute disaster on our part.”

Keane also said Biden is ignoring the reality on the ground. “The president mentioned it himself. The reason why we’re in Syria, Iraq, Eastern Africa is to prevent those organizations, radical Islamists, from having what? A safe haven from which to attack the United States. This is a multi-generational war. That is why we’re still doing that. To walk away from Afghanistan and say this is not a multi-generational conflict is to ignore the reality of what is taking place.”

“Now I’m not sure why the White House has selected [Sept. 11], but I can tell you that that is a huge victory, a huge propaganda victory for the Taliban, for al Qaeda,” she added. “The notion that on the day that they attacked us, we are going to mark that anniversary by withdrawing our forces?”

“We know that this kind of a pullback is reckless. It’s dangerous. It puts American security at risk, it will provide an opportunity for terrorists to be able to establish safe havens again,” she said. 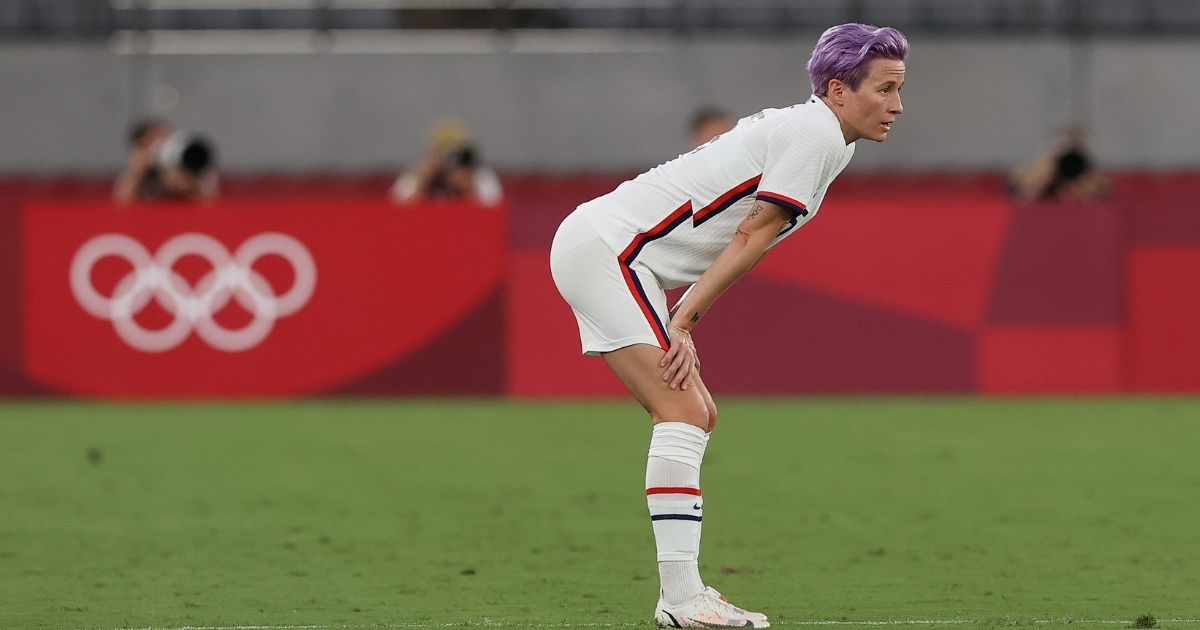