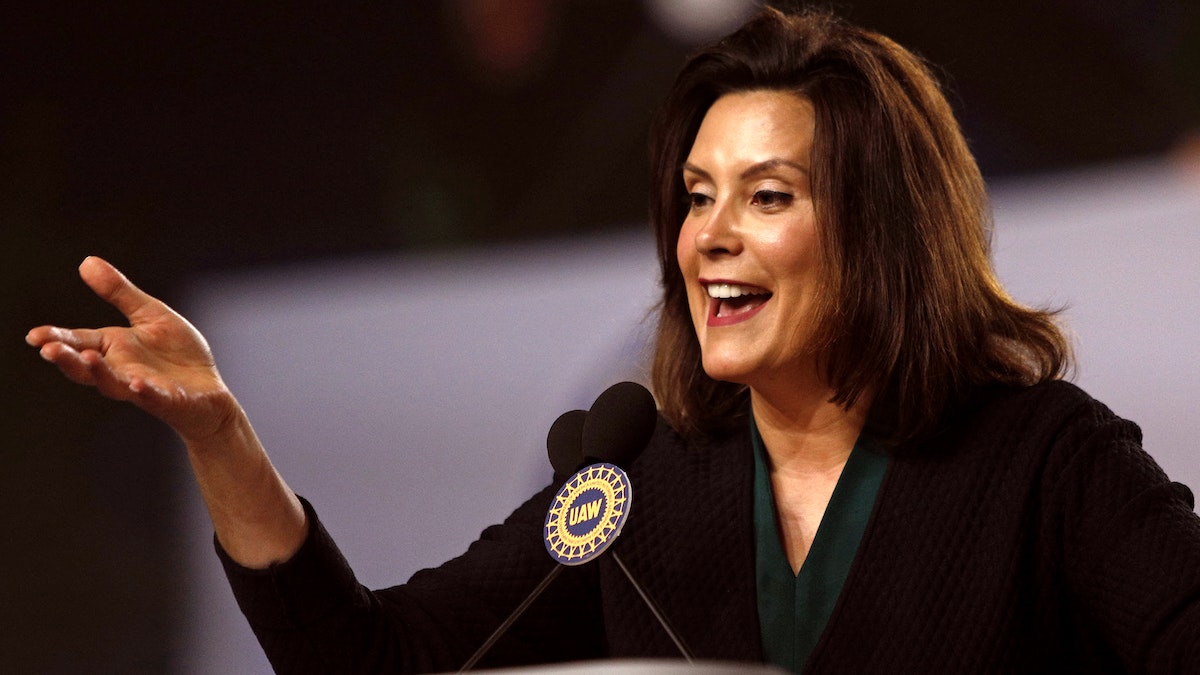 Two top officials in Michigan Democrat Governor Gretchen Whitmer’s administration traveled to other states in recent days, even after Whitmer expressed concern about people traveling to other states.

Michigan is currently “in the midst of an alarming surge that is far worse than what any other state is experiencing,” The New York Times reported. “The state accounts for more than 10 percent of the country’s daily cases, and is home to 16 of the 17 metro areas with the nation’s worst recent case rates.”

Fox News reported that, according to state records, Michigan Department of Health and Human Services Director Elizabeth Hertel was in a popular resort area in Alabama last week. Just a few days before, Tricia Foster, the governor’s chief operating officer, posted pictures of herself visiting Florida after Whitmer expressed concern about traveling to Florida because of its lack of a mask mandate.

Whitmer responded to Foster’s travels by saying, “We’ve never had any travel restrictions in Michigan, and I’ve just encouraged people that if they travel to be safe, mask up, get vaccinated.”

“We all need to show one another a little bit of grace,” she added. “We’re all eager to get out.”

The administration said that it would not “discuss the [Hertel]’s personal schedule.”

“The sheer brazenness of Gov. Whitmer and her staff is truly something else,” Michigan GOP spokesman Ted Goodman told Fox News. “The fact that our Governor and her top staff think it’s appropriate to travel out of state on vacation as Michigan faces the worst COVID numbers of any state in the country just reveals the arrogance and condescending nature of this administration. Whitmer’s position on the draconian lockdown orders is simple — rules for thee, but not for me.”

Whitmer told reporters earlier this month that she was “concerned” about travel between states, adding, “That’s why we are really encouraging people to get vaccinated.”

Whitmer has come under intense scrutiny over her handling of the pandemic, including a recent report in The Washington Post that indicated that when Whitmer recently asked the Biden administration for more vaccine doses, Michigan “appeared not to have ordered 360,000 doses then available — a single-day snapshot that nonetheless puzzled federal officials who advised her to work with experts to make sure Michigan’s supply was being deployed effectively.”

“Instead of offering data and science to explain her past and future policies to deal with the unprecedented COVID surge, Gov. Whitmer is blaming Michiganders and refusing to take any responsibility,” Goodman told The Daily Wire. “Gov. Whitmer’s incompetence and incoherent lockdown strategy failed Michiganders and we are paying the price.”

New Macomb County Prosecutor Peter Lucido told ABC Detroit last month that Whitmer could potentially face criminal charges over her handling of the pandemic as it relates to people who died in nursing homes.