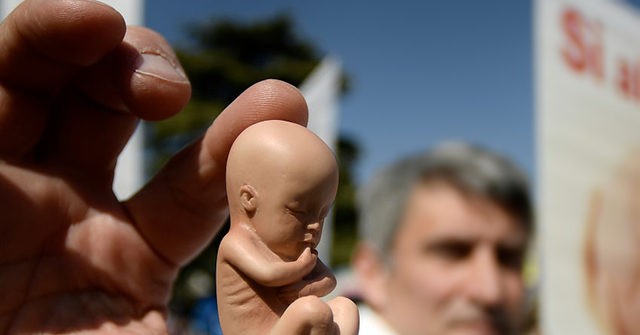 A new Utah law will require fathers to pay for half of a woman’s pregnancy costs.

The legislation, H.B. 113, signed into law by Utah Gov. Spencer Cox (R) in March, amends the Utah Child Support Act to include the medical costs associated with pregnancy.

The law will take effect May 5.

The text states the law “requires a biological father to pay 50% of a mother’s: insurance premiums while she is pregnant; and pregnancy-related medical costs, including the hospital birth of the child, that are not paid by another person.”

Under the law, a father will not be required to pay for a woman’s abortion to which he did not consent, unless the pregnancy was the result of rape or incest, or to preserve the life of the mother.

Additionally, a father’s paternity would need to be confirmed, if it is in question, prior to paying his half of the pregnancy costs.

Utah Rep. Brady Brammer (R) and Sen. Daniel McCay (R), sponsors of the legislation, proposed the measure in January as a “pro-life” bill, in order to increase men’s responsibility for “bringing of life into the world,” Brammer said, according to the Salt Lake Tribune.

NPR reported Wednesday that Karrie Galloway, president and CEO of the Planned Parenthood Association of Utah, said that “while we appreciate that this bill highlights how expensive it is to be pregnant and that many women struggle to cover the costs of their health care, we feel there are better ways to support pregnant people and families,” such as expanding Medicaid, as Obamacare did, ensuring low-income women can obtain funding for abortions, and paid family leave.

Planned Parenthood, which boasts on its website it is the “second largest provider of gender affirming hormone care” in the nation, now denies only women can become pregnant, referring instead to “pregnant people.”

“People who become pregnant should be able to determine for themselves what is best for them without legislative interference, compromising their privacy or bureaucratic hurdles,” Galloway added.

“In the grand scheme of things, having a child and raising them to adulthood is going to be a lot more money,” Barker told the Associated Press.

Jean Hill, director of the Diocese of Salt Lake city’s Office of Life, Justice and Peace, told Catholic News Agency the new law is “a positive, pro-life measure to help women who want to keep their baby but feel overwhelmed by the costs.”

Hill noted the law does not require mothers to seek financial assistance from the child’s father, a provision that seeks to address the situation of a mother in a relationship with a potentially abusive partner.

“A woman may choose whether to seek payments and, if she does choose to pursue this option, reinforce the fiscal responsibility a father should accept for creating life,” Hill said.