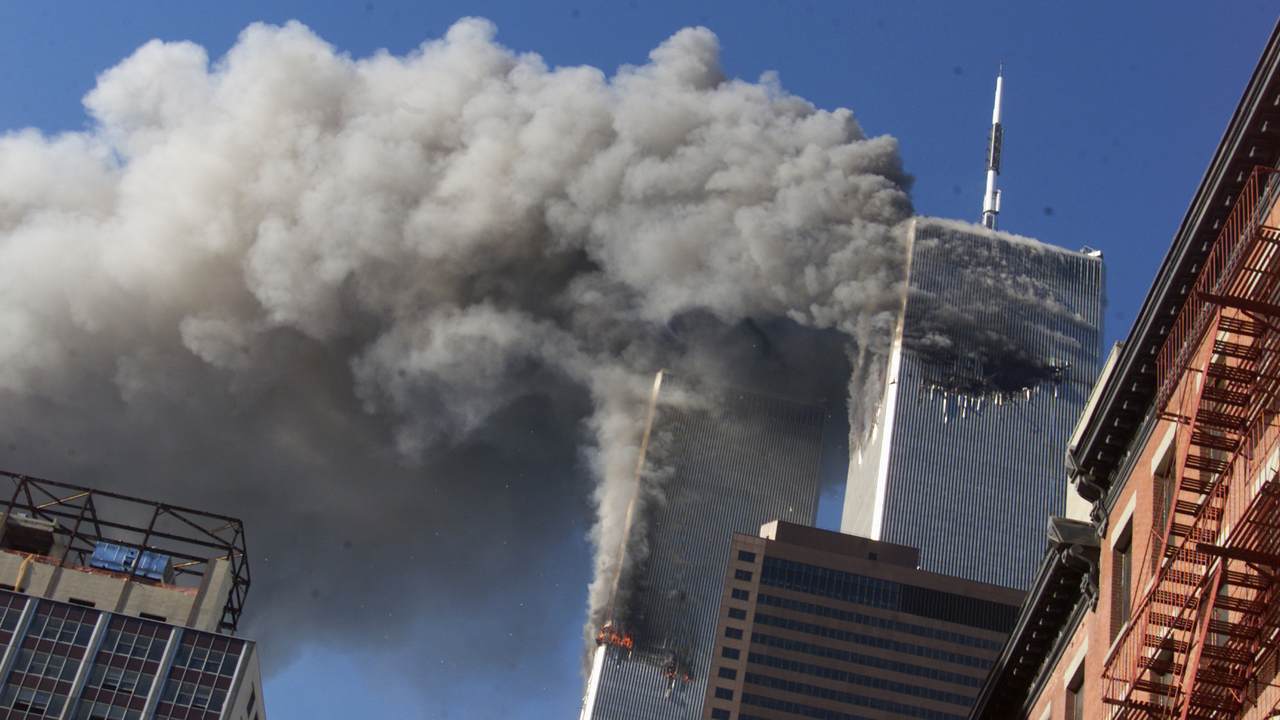 I just watched a documentary about the horrors of 9/11. You remember that day, don't you? This year will mark the 20th anniversary of 9/11.

Sept. 11, 2001. The day the Twin Towers of the World Trade Center collapsed in New York City. The day about 3,000 of our fellow Americans died. Most of their bodies were never found. They literally melted and disintegrated.

You do remember, yes? They were someone's fathers and mothers, husbands and wives, and sons and daughters.

Do you remember all those people jumping from 100 stories up and splattering on the sidewalk? I do. I still remember those loud booms. Each boom was a life ending instantly as they splattered on the sidewalk.

Do you remember all those cops and firemen who died trying to protect us? They ran into those burning towers while normal people ran out. They gave their lives; they made the ultimate sacrifice. Their kids grew up without fathers or mothers.

We have a madman in the White House.

President Joe Biden is either insane; or he doesn't care about the lives of Americans like you and me and our precious children; or he's a puppet for the forces of evil, intent on destroying this great country.

Because what other reason could there be for leaving our border wide open and inviting the whole world in? Border agents should be looking for terrorists. Instead, Biden has turned them into babysitters.

In March, 172,000 illegal aliens got through our open border. That's up 71% from February. But this is a trickle compared to what's coming. I'm betting a year from now, we'll look back fondly on these March 2021 numbers.

How do I know? Because the front door is wide open. Trust me; the whole is coming. Each month, the word spreads. Everyone who gets to our border is let in and given a free lawyer, cash by Catholic charities, a government-issued debit card (filled with money provided by our taxes) and a plane or bus ticket wherever they want to go.

Without ID, by the way.

That's right. Any illegal alien, coming from the worst terrorist hellholes in the world, can board a plane in the U.S. with no ID, no COVID-19 test and no confirmation they're not a terrorist. They can sit right next to you and your family. With COVID-19. Or tuberculosis. Or smallpox. Or Ebola. Or a bomb. Or box cutters.

How many terrorists or terror cells came in today? How many were among the 172,000 who crossed the border in March? How many have come in since Biden became president?

Anyone can see what's happening. Just this past Friday, the Biden administration's southern border coordinator announced she is stepping down. It's all going bad. It's out of control.

If I were a dictator of one of America's rogue enemy states, I'd be licking my lips. I'd empty my prisons and send the worst of the worst criminals to America. And I'd be laughing as I sent terror cells across that border to terrorize the American people and collapse the U.S. economy.

All hell is about to break loose. The next 9/11 could be weeks or days or minutes away. All because we have a madman in the White House. The border is wide open, and Biden is letting everyone in. Terrorists are here. Along with murderers, rapists, MS-13 gang-bangers, drug dealers, sex traffickers and pedophiles.

Anyone can see what's coming. Another 9/11 is on the way. Or a massacre at a college, church or synagogue. Or a dirty bomb that makes a major U.S. city uninhabitable for decades.

America is on the brink. One man is to blame. Biden let them in. Biden did this to us. Biden opened the door to the destruction of America.

The question is, who will have the courage to stand up and stop it before it's too late?