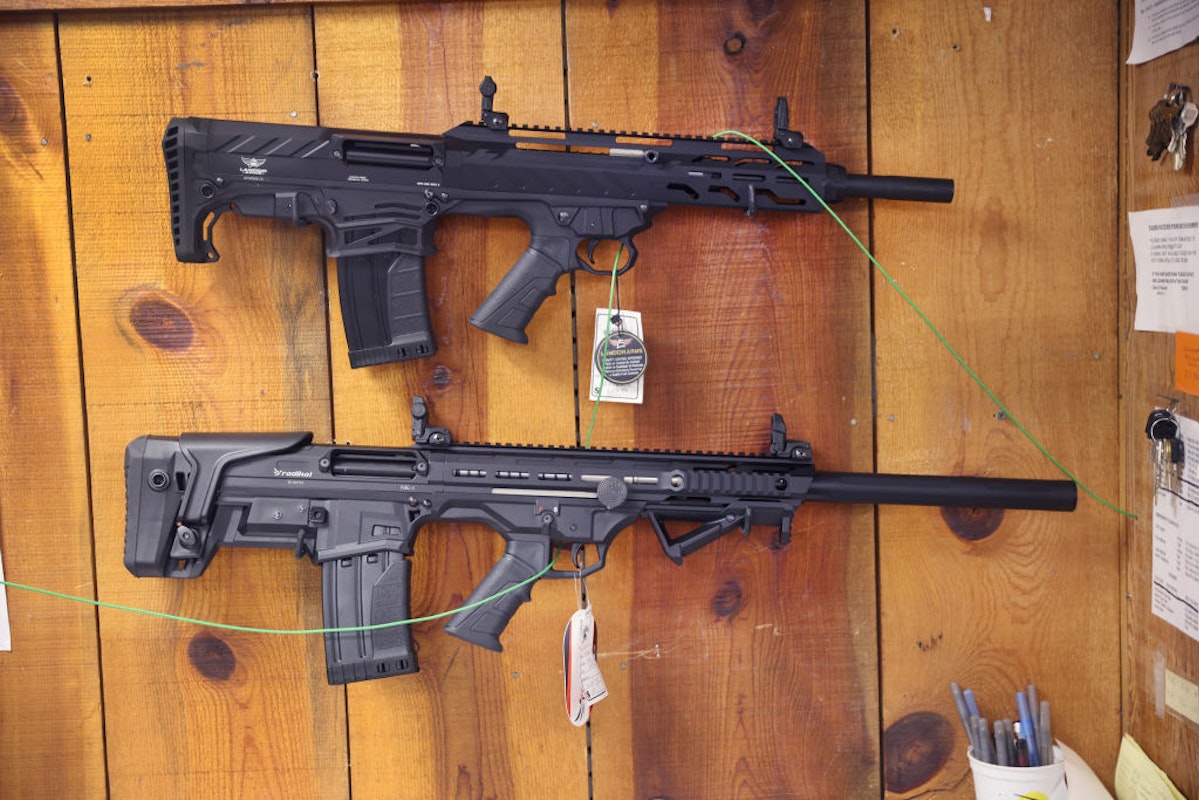 President Joe Biden on Thursday announced his executive order cracking down on “ghost guns,” a term not many Americans are familiar with. Based on President Biden’s press conference last week, it’s evident he himself doesn’t fully grasp what a “ghost gun” is or the legal process for building one.

Here’s an explainer on what a “ghost gun” is and the federal laws surrounding them.

A “ghost gun” is any homemade firearm that lacks serial numbers. These are machined from blocks of aluminum, although they can also be printed with a 3-D printer. Gun control advocates refer to them as “ghost guns” because the lack of a serial number makes them difficult to trace.

There are also 80 percent lowers, which are a basic mold of a firearm that require additional machining.

Under current law, a person can manufacture a homemade firearm without serial numbers for their personal use. A serial number, however, is required if the firearm is sold or transferred to another person. This is only applicable for hobbyists, not people who are in the business of manufacturing, buying, and/or selling guns. These homemade firearms are regulated under the Gun Control Act of 1968.

How does a “ghost gun” vary from a stripped lower receiver?

A stripped lower receiver is a serialized piece of aluminum that is machined by a firearms manufacturer and are considered a firearm under federal law. On their own, these lower receivers have no firing functionality. They need a parts kit, which include a trigger and magazine, in order to function.

The same kit that can be used to final an AR build on a “ghost gun” can also be used on a stripped lower receiver. Those kits, however, do not require a background check.

What did Biden say?

During his press conference, Biden did not state clearly what’s in a kit or how they are purchased. He also conflated the background check process for stripped lower receivers and “ghost guns.”

“These are guns that are homemade, built from a kit, and include directions on how to finish the firearm. You can go buy the kit. They have no serial numbers so when they show up at a crime scene, they can’t be traced,” he said.

“Buyers aren’t required to pass a background check to buy the kit to make the gun,” Biden said. “Consequently, anyone from a criminal to a terrorist can buy this kit and, in as little as 30 minutes, put together a weapon.”

FACT: Although the parts kits can be purchased online, they are still missing the critical lower receiver. The person building the firearm needs either a lower they machined themselves (a “ghost gun”) or a stripped lower receiver from a manufacturer. Without that piece, the parts kit is not functional.

“I want to see these kits treated as firearms under the Gun Control Act, which is going to require the seller and manufacturers make the key parts with serial numbers and run background checks on the buyer when they walk in to buy that package,” he said.

FACT: Stripped lower receivers are treated as firearms under the Gun Control Act of 1968. Receivers are the “key parts” of a firearm. Biden is essentially calling for a regulation that already exists.

Biden mentioned “kits” for “ghost guns,” which he conflated with serialized lowers and kits to complete a build. pic.twitter.com/hDVbTp8dTw