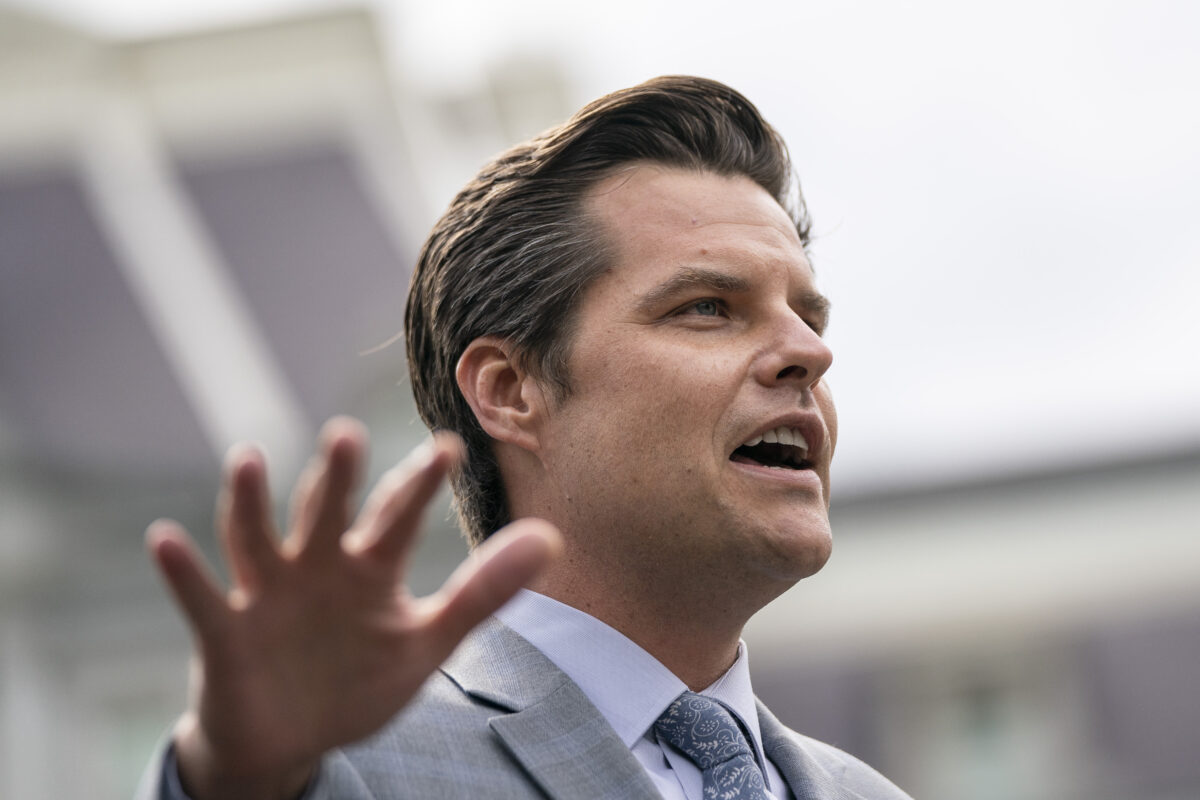 The House Ethics Committee announced Friday that it is beginning its own probe into Rep. Matt Gaetz (R-Fla.) following allegations of sexual misconduct. Gaetz has denied the allegations and hired a legal team to fight the charges.

“The Committee is aware of public allegations that Representative Matt Gaetz may have engaged in sexual misconduct and/or illicit drug use, shared inappropriate images or videos on the House floor, misused state identification records, converted campaign funds to personal use, and/or accepted a bribe, improper gratuity, or impermissible gift, in violation of House Rules, laws, or other standards of conduct,” the panel said in a statement.

“The Committee notes that the mere fact that it is investigating these allegations, and publicly disclosing its review, does not itself indicate that any violation has occurred, or reflect any judgment on behalf of the Committee,” the statement added.

The committee’s investigation comes in the wake of a New York Times article published last month that the Department of Justice is probing whether the Florida Republican had an alleged inappropriate relationship with a 17-year-old girl and possibly violated sex trafficking laws.

A subsequent NY Times report alleged Gaetz and his friend, former Florida county tax collector Joel Greenberg, paid women who were recruited for sex online and may have involved illegal drugs as well.

A host of other allegations have also surfaced since then, including a CNN report stating Gaetz shared nude pictures with colleagues on the House Floor. Gaetz’s office did not immediately respond to a request for comment about these allegations.

Gaetz has been one of former President Donald Trump’s strongest allies and an advocate for the America First agenda, calling for Republicans like Rep. Liz Cheney (R-Wyo.) to give up her leadership role in the party after she voted to impeach Trump for the Jan. 6 breach on the Capitol.

The second-term Florida congressman denies all the allegations and says he and his family are being targeted for extortion.

“Over the past several weeks, my family and I have been victims of organized criminal extortion involving a former DOJ official seeking $25 million while threatening to smear my name. We have been cooperating with federal authorities in this matter and my father has even been wearing a wire at the FBI’s direction to catch these criminals,” said Gaetz in a press statement.

“The planted leak to The New York Times tonight was intended to thwart that investigation. No part of the allegations against me are true, and the people pushing these lies are targets of the ongoing extortion investigation. I demand the DOJ immediately release the tapes, made at their direction, which implicate their former colleague in crimes against me based on false allegations,” Gaetz added.

Gaetz hired a pair of lawyers, Marc Mukasey and Isabelle Kishner, to fight the “unfounded allegations” against him. “Matt has always been a fighter,” a spokesperson for Gaetz said in a statement to Fox News Friday, adding that Gaetz’s lawyers “will take the fight to those trying to smear his name with falsehoods.”

His female staff members penned a letter this week supporting the congressman and vouching for his professionalism and honesty, saying there was “no hint of impropriety” witnessed by them.