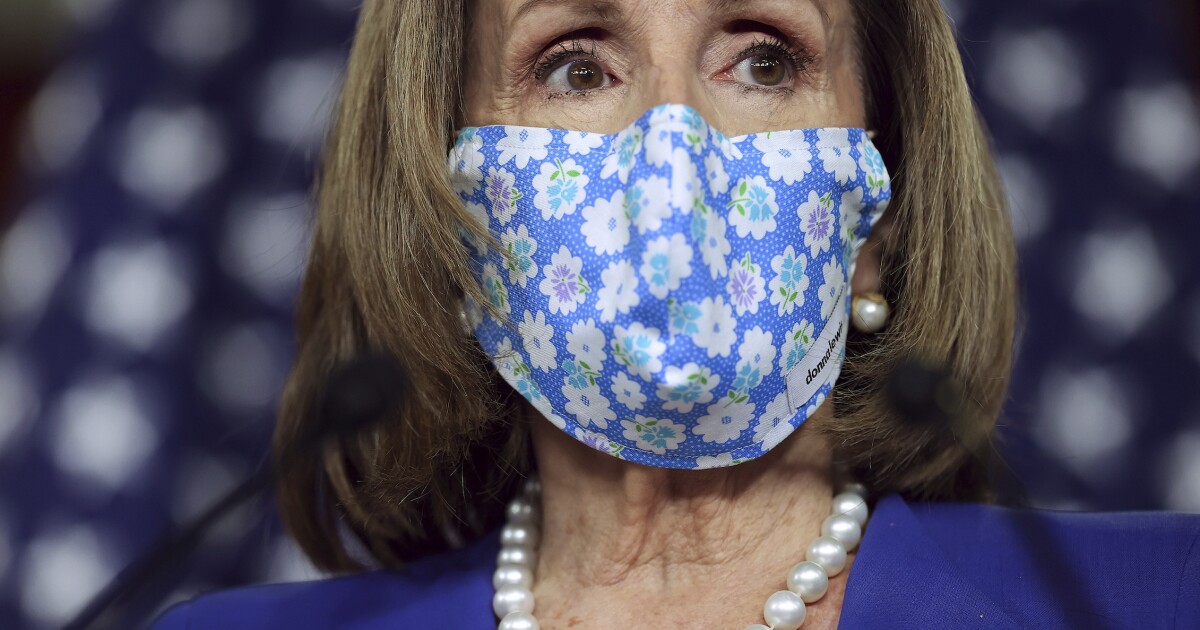 House Speaker Nancy Pelosi's job became more complicated after a bipartisan group of lawmakers united Thursday to demand the reinstatement of the full deduction for state and local taxes paid, a tax break for the wealthy opposed by many Democrats and most Republicans.

The group, which is calling itself the SALT caucus, could imperil passage of President Joe Biden’s tax plan by demanding the tax break. The caucus consists of 21 Democrats and nine Republicans and was formed in order to put pressure on Congress to return the provision, which is known as the “SALT” deduction, in full.

A $10,000 cap on the SALT deduction, which largely benefits high-income households, was imposed by Republicans as part of former President Donald Trump’s 2017 Tax Cuts and Jobs Act.

The caucus, which held a press conference on Thursday, is another thorn in Pelosi’s side because many of those on it have vowed not to vote for Biden’s plan to raise the corporate tax rate (which is how he intends to pay for a $2 trillion spending package) unless the cap is lifted. Pelosi will be forced to bargain with the group, although fully reinstating the SALT provision would present major difficulties.

‘NO SALT, NO DEAL’: PELOSI HAS LITTLE ROOM TO SPARE AFTER DEMOCRATS DEMAND TAX BREAK FOR WEALTHY

Democrats last tried to return the provision in 2019, when they held a robust 34-member majority in the House. During that vote, 16 Democratic lawmakers joined Republicans in voting against it, and it passed 218-206, although it went nowhere in the then-GOP-controlled Senate. This time around, Democrats’ 34-vote majority has dwindled to just eight, meaning that Pelosi will need every vote she can spare in order to get Biden’s tax plan passed.

Members of the SALT caucus hail from high-tax states and are arguing that the cap doesn’t just affect wealthy people because of the cost of living in their districts.

Despite the claims, the Tax Policy Center found that only 3% of middle-income households would pay less in taxes if the cap is removed. Instead, the majority of the benefits would accrue to wealthy families.

The caucus’ formations come days after 17 of 19 House Democrats from New York said that they “reserve the right” to oppose any tax legislation that doesn’t fully restore the SALT deduction.

“The full SALT deduction is a matter of fundamental fairness in avoiding double taxation of the same income and was a fundamental part of the income tax system since its inception in 1913,” the lawmakers said in a letter to Pelosi.

Pelosi announced earlier this month that she would support adding a SALT provision to Biden’s tax bill and said it would “hopefully” happen. She also called the cap “mean-spirited” and “a political action on the part of the Republicans.”

Meanwhile, most Republicans have largely bucked the notion. Sen. Pat Toomey, the ranking member on the Senate Banking Committee, recently trashed the idea of eliminating the cap.

“Restoring the SALT deduction would once again force low- and middle-income people to subsidize wealthy individuals in high-tax states and municipalities,” the Pennsylvania Republican said.

Some Democratic lawmakers on the further fringes of the Left have also said they would not support reinstating the deduction in full. Rep. Alexandria Ocasio-Cortez said that removing the cap would be a “gift to billionaires.”

“There’s a conversation to be had, I think, about the cap itself and at what level it is appropriate and where we can help families that are really deeply impacted,” she said, according to Bloomberg. “We can have a conversation on the policy, but it’s a bit of an extreme position, to be frank.”

The Biden administration has punted the ball to Congress on the matter. White House press secretary Jen Psaki noted on Thursday that Biden didn’t include removing the cap in his tax proposal and said that while ending the cap “is not a revenue raiser” and would increase costs, the administration is “happy to hear from” lawmakers who feel strongly about the issue. She said if it’s repealed, lawmakers would have to figure out how to pay for it.