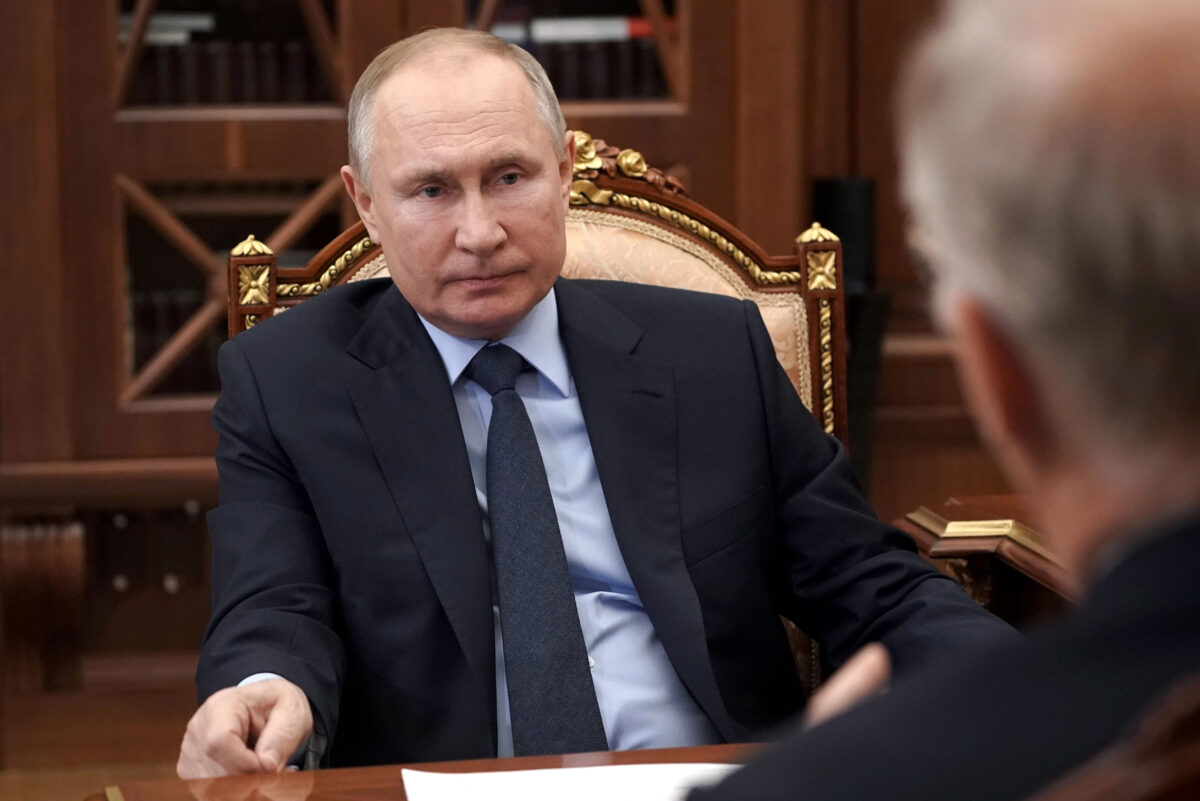 U.S. Secretary of State Antony Blinken says the Biden administration is concerned about the buildup of Russian troops near the Ukrainian border and warned Moscow of “consequences” if it acts “aggressively and recklessly” in Ukraine.

Blinken said in an April 11 interview on NBC’s “Meet the Press” that he has “real concerns about Russia’s actions on the borders of Ukraine,” where he said Russia has amassed more troops than at any time since 2014, when Moscow annexed Crimea. He added that U.S. allies in Europe all “share that concern.”

While noting that the United States and Russia have a common interest in working together on such strategic priorities as arms control, Blinken said the Biden administration is determined to hold Moscow to account for potential actions in Ukraine.

Blinken’s remarks follow reports that the United States will send two warships to the Black Sea this week, Turkey’s foreign ministry said on April 9, prompting Russia to raise concerns about NATO powers that don’t have a coastline in the region of increasing naval activity.

The Pentagon declined to discuss Turkey’s comments but said the military routinely sends ships to the region.

“That’s not anything new,” Pentagon spokesman John Kirby said in Washington, referring to U.S. Navy ships in the Black Sea.

Kirby was asked at an April 6 press briefing whether Ukraine had asked for any specific assistance from the U.S. military in light of the Russian troop buildup.

“I’m not aware of any specific requests for capabilities with respect to this,” Kirby told reporters, but added that “we do support Ukraine with both non-lethal and lethal items to allow them to better defend themselves.

“We continue to stand, as I said yesterday, for the territorial integrity and the sovereignty of Ukraine, and continue to call on Russia not to conduct provocations and not to increase tensions.”

The theme of a provocative Moscow was also front and center on April 9, when Blinken spoke to his German and French counterparts about the growing tensions in Ukraine.

Blinken and German Foreign Minister Heiko Maas “emphasized the importance of supporting Ukraine against unilateral Russian provocations along the Line of Contact in eastern Ukraine, in occupied Crimea, and along Ukraine’s borders as well as the need for Russia to immediately cease its military buildup and inflammatory rhetoric,” State Department spokesman Ned Price said in a statement.

Price, in a separate statement about Blinken’s call with French Foreign Minister Jean-Yves Le Drian, made a similar reference to “unilateral Russian provocations.”

Ukrainian President Volodymyr Zelensky on April 8 visited positions along the front line in Donbass, where a ceasefire “has been systematically violated in recent days,” with the aim of “maintaining the fighting spirit,” according to a statement from the Ukrainian presidency.

Zelensky on April 6 pushed for Ukraine’s admission into NATO, drawing an immediate rebuke from Moscow, which said Kyiv’s approach to the Western military alliance could further inflame the conflict.

As tensions have increased in recent weeks, Moscow announced on April 6 that its military was beginning a “combat readiness” inspection of its forces.

Since Russia annexed Crimea from Ukraine in 2014, there have been regular skirmishes between Ukrainian troops and pro-Russian separatists in eastern Ukraine, with the fighting estimated to have killed around 14,000 people.