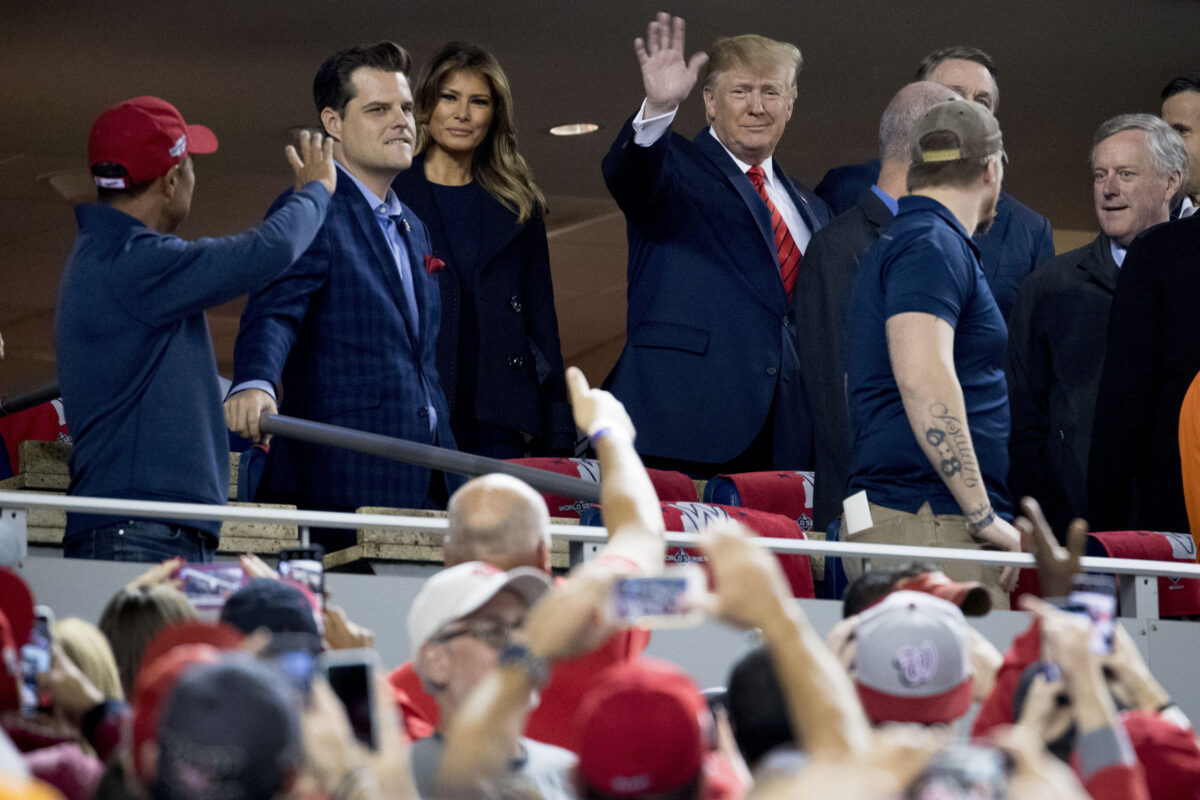 An adviser and spokesman for former President Donald Trump called on CNN to retract a story that claimed—citing anonymous sources—that embattled Rep. Matt Gaetz (R-Fla.) attempted to meet with Trump at Mar-a-Lago, Florida, but was stopped by the former commander-in-chief’s aides.

“This @CNN story is complete fake news,” Trump adviser Jason Miller wrote on Twitter. “No such scheduling or meeting request was ever made, and therefore, it could never have been declined. Take note that this story has zero on-the-record sources. It’s literally made-up. We are demanding a full retraction.”

The CNN report, like many stories published during the Trump era, cited “people familiar with the matter.” The report claimed Gaetz, who is reportedly facing a federal investigation for sex trafficking, attempted to visit with Trump in recent days but was rebuffed by Trump’s aides. Going a step further, the article claimed the incident “signals that Gaetz finds himself increasingly isolated” from Trump and other Republicans.

Gaetz has denied allegations that he had a relationship with a 17-year-old girl and other related claims.

Gaetz himself said that the CNN article is false.

“This is a total lie. I am on a pre-planned vacation with my fiancée. I was welcomed at Trump Doral days ago. No such meeting was denied nor sought … When can we expect a retraction?” he wrote on Twitter to CNN reporter Gabby Orr.

Gaetz’s spokesman Harlan Hill said the Florida congressman did not request a meeting with Trump this week.

“Rep. Gaetz was welcomed to Trump Doral this week and has not sought to meet with President Trump himself,” Hill told CNN, adding that the congressman has “been mostly relaxing with his fiancée this week during recess.”

Trump also recently denied a report from the New York Times claiming Gaetz asked the former president for a pardon when he was still in office.

“Congressman Matt Gaetz has never asked me for a pardon,” Trump said in a statement last week. “It must also be remembered that he has totally denied the accusations against him.”

Separately, the House Ethics Committee on April 9 announced it was opening an investigation into Gaetz amid allegations he used illegal drugs and shared photos of women on the House floor.

“The Committee is aware of public allegations that Representative Matt Gaetz may have engaged in sexual misconduct and/or illicit drug use, shared inappropriate images or videos on the House floor, misused state identification records, converted campaign funds to personal use, and/or accepted a bribe, improper gratuity, or impermissible gift, in violation of House Rules, laws, or other standards of conduct,” the committee said in a statement.